For those of you who missed out, Sunday marked one of the most important nights to Hollywood’s starlites who grace the presence of your living rooms each week. Jimmy Fallon did a fabulous job hosting the 62nd Primetime Emmy Awards (please see the MTV VMA’s from 2002) and the red carpet was fabulous as ever. So without further ado here are the highlights…

The Red Carpet – Everyone loves a good red carpet before any award show commences. I personally love to see what kind of fashion road kill is present, who ends up on the best & worst dressed lists, and we can’t forget Joan Rivers’ commentating afterward.

Best – Kim Kardashian wowed us in white, Claire Danes donned an exquisite Armani Prive, & Heidi Klum showed us all where she popped all four of her children out of:

Worst – Mindy Kaling wore what could have been Oprah’s prom dress (thank you Joan Rivers for a magnificent insult) & Christina Hendricks seemed unsure of what dressing to the nines really meant. Hint: it does not include sporting weathers, a color that does not flatter your skin tone, nor does it have anything to do with putting your cleavage out there in hope that it distracts the public eye from a hideous dress. Awesome Moment – Jimmy Fallon’s Opening Sequence with the cast of ‘Glee’ and some other celebs. Watch it below: 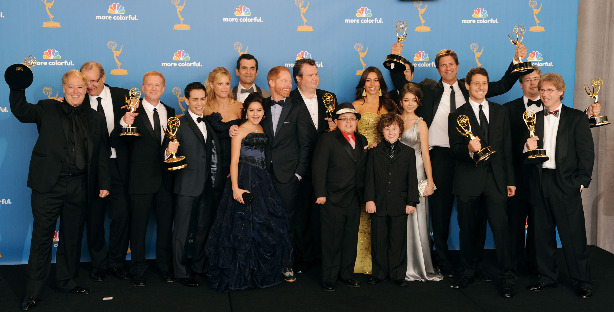 George Clooney took home the Bob Hope Humanitarian Award. I don’t think there’s one man in Hollywood who can make a suit look as sexy as Mr. Clooney can.

Stupid Inventions, Inappropriate Lingerie, Tattoo’s That Won’t Get You Laid

Fashion Advice: Taking In the Old With the New

What to Wear at Delaware