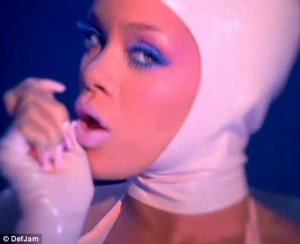 To all you celebs out there, this is my question to you. Why the fuck must you always copy each other? I feel like someone is constantly ripping off someone else. Prime example: Lady Gaga’s latest song ‘Born This Way’ sounds way too similar to Madonna’s ‘Express Yourself,’ while Coldplay’s ‘Viva La Vida’ was sued by Joe Satriani because he thought portions of the Coldplay song copied his ‘If I Could Fly.’ Well, I guess keeping in tradition with celebrities, Rihanna’s newest music video, ‘S&M,’ is now being sued by David LaChapelle, claiming that the music video was based off eight different photos LaChapelle had taken. 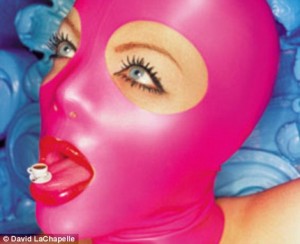 LaChapelle is not only known for his photography work in “Rolling Stones Magazine,” but he has also worked with celebs like Britney Spears, Norah Jones, Elton John and Gwen Stefani, just to name a few. According to the lawsuit’s statement, “The music video is directly derived from, and substantially similar to, LaChapelle’s works.”

“The Daily Mail” has also said that LaChapelle noted the “composition, total concept, feel, tone, mood, theme, colors, props, settings, decors, wardrobe, and lighting” had been copied off of his photos and used directly in Riri’s “S&M” video. 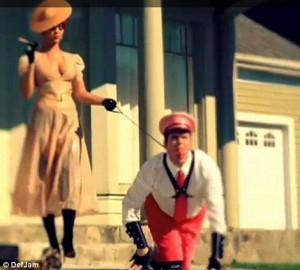 LaChapelle knew nothing about the video before it came out, and only a little while after the video came out, people wanted to know if LaChapelle was the one who directed it. It was reported that only days after the release, LaChapelle made a statement on twitter saying, “The next time you make a David LaChapelle video, you should probably hire David LaChapelle.” However, the post was removed soon after it was posted. 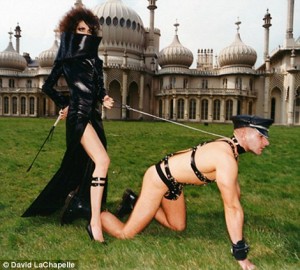 Claims have been made that Melina Matsoukas, the director of Riri’s “S&M” video, was asked by Rihanna to create a LaChapelle-esque music video. According to HollywoodWire, LaChapelle is asking for $4 million, plus attorney fees. If Riri didn’t have enough problems with this new video, the music video is also said to be too sexual and controversial, and is banned in some countries. 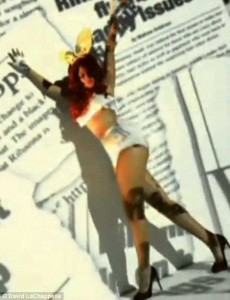 Looking at the side-by-side pictures, I think it’s pretty fucking obvious. Clearly, Matsoukas stole that shit right off LaChapelle’s back. No one can just duplicate some of the weird, yet genius shit that LaChapelle has come up with without directly referencing his photos. If you ask me, DefJam records and especially that cheating prick, Matsoukas, deserve exactly what they got. And Rihanna, please just hire LaChapelle next time if you want to create something “LaChapelle-esque,” I think it will make your life so much easier. 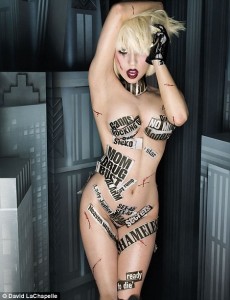 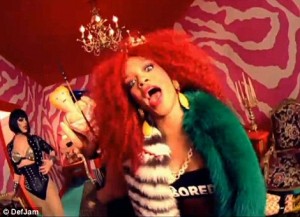 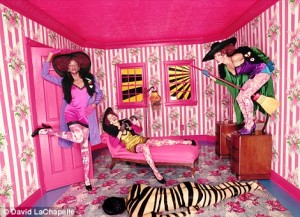 Sage Advice From a College Town Bouncer: The Not-So-In-Control-Of-Her-Emotions Girl