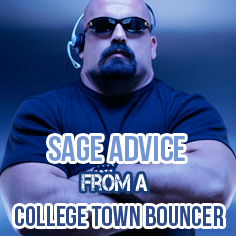 I had two different articles written up for this week, one being on people who dress inappropriately, and one about the ‘tramp’. The former being girls who dress themselves like someone dropped a douchebucket atom bomb on them, and the latter being both female and male related, believe it or not. I decided to put those on hold to write an article about a series of words and phrases that make me believe, that even after however many millions of years humans have been evolving, we have not so much as brushed the peak of human intelligence. Contextually, these could turn me into a raving lunatic, to say the very least. 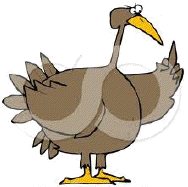 Madder than a turkey flipping you off. Yeah, that mad.

This seems like a fairly specific example, but I get this CONSTANTLY from guys who have ever spent more than 30 seconds working at a bar. This particular one does not infuriate me like the others. Side note: if you are looking for a picture of someone pissed off, don’t bother typing ‘furious’ into Google, because you will be overwhelmed with thousands of pictures of that steaming pile of pig shit they call the “Fast and Furious” series. Anyways, this happens usually when guys are trying to get into the bar without waiting in line, or trying to have a friend skip the line. It inevitably goes like this: “Look bro, I know what it’s like working the door. I worked as a busboy for like 3 weeks at this bar downtown, and once, the doorman went to take a shit, and I totally took ID’s and let people in for like 15 minutes. I get it man, it’s tough, you have a tough job…but do you think you could let my one friend in right now, I’d really appreciate it, now that we’re good friends and all?” 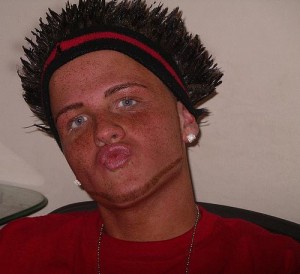 Yep, we are one in the same, asshole.

When I am working, I start playing a game when people start talking to me. It’s a “beat the clock” game to end whatever boring conversation I am having, in the least amount of time possible. Call me the “conversational Jack Bauer,” if you will. It is totally dependant on the person, because some people genuinely have something interesting to say, but by in large, that number is tied up and raped by the number of people who want to talk to you about nothing.

This seems like a broad term, but holy shit have I had some totally fucked conversations with people like this. Some people have so little tact it is insane. For example, three guys came up to me in the back bar – which is where the dance floor is. It’s dark, loud as fuck, smoky, and a little bit like what I’d imagine Guantanamo Bay’s prison system to resemble – and one of the guys started off with this gem:

Dude 1: Hey bro, you think you could get this DJ to turn all this n*gger shit off?

Dude 2: Yeah man, I am so sick of this rap n*gger shit, I want to hear some James Brown. 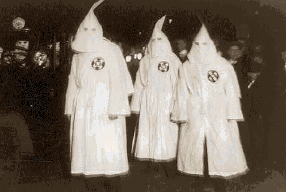 “Oh helllll yeah, Sex Machine is my shit. And it’s so white. That’s the best part.”

I’m not sure where to start here because following that, Dude 1 starting telling me that he worked at a bar nearby, and he knows what it’s like to stand around in the back of the dance floor. Not only did this group of mongoloids appear to be card-carrying members of the KKK, but their alternative to “black music” (not their exact words) was in fact, more “black music!”

It took my brain a few solid seconds to fully comprehend what they had just said, but once my brain processed the thesis of their moronic ranting, I realized I was dealing with a couple of halfatards. So, I said the best thing you can say in this situation, which was nothing, and I walked away.

My advice: if you want to start a conversation with someone you don’t know, start with a “hello” or a “how are you?” like a normal human being. Side note: other horrible conversation starters: “So, uh, what’s it like being a bouncer?” and “Hey, could you teach me how to Dougie?” 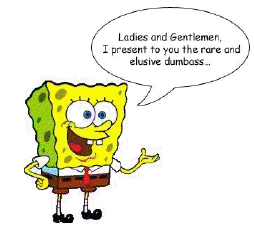 There’s no easy way to tell somebody that they aren’t worth the effort it would take to remember them. It’s a decision that I constantly have to make, each time someone asks me this question. I can either just say “Nope, pretty sure I have never seen you before” or do that thing where you say “Oh yeah, you were the one that was…” and hope to God they are a sentence finisher; otherwise you’re in for a very awkward conversation. 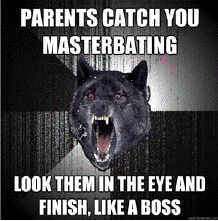 More awkward than this.

When people make the effort to have a conversation with me, I assume it must be relatively important (to them anyway), because I am usually in one of two places that are horrible for starting conversations; in the back bar where it is so goddamn loud, I am sure my ear drums are going to rupture, or at the door trying to greet and check IDs. Honorable mention for dance floors: What the fuck? That’s really all I want to know. If you want a full scale-assault on your senses, go into a dark club with loud music, laser lights, horrible smells of sweat (pee-pee, too) and music videos that are remixed with so many fast cuts that it makes you feel like you’re about to have a series of epileptic seizures. After about 4 hours in that kind of environment, I think that I would much rather spend that time walking the streets of Tehran, Iran wearing an American Flag tuxedo, and singing the National Anthem than spend one more fraction of a second there. 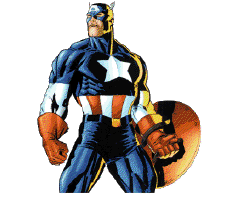 Anyways, I digress. The bottom line is that if you are not 100% sure I remember you, do not ask, because you don’t really want to know that you have no visually redeeming qualities that would jog one’s memory. Do you?

Let me just say that if I hear the word “really” used in the following context one more motherfucking time, I am going to lose my mind. If you want to send me into a spinning fit of rage, say the word “really?” after I tell you something. It’s hard for me to put into words just how insane this word makes me, because I hear it (when I am working the door or kicking someone out) at least 10-15 times a night. So that means 10-15 times per night, I want to headbutt the fuck out of guys and girls alike. The reason why the word is so frustrating to me is because it is always following a command, like I need to clarify that I was in fact, not fucking joking. For example, last weekend (for the sake of being fresh in my memory), a large group of people came in around 1:30 a.m. We have a set of about 7 or 8 steps up to the door, and the general rule of thumb as a bouncer is that if they can’t make it up the stairs without stumbling, probably not a good idea to let them into the bar. The last thing in the world I want is someone, that is so drunk that they are legally brain-damaged, coming into the bar and acting like, well, brain-damaged people do. 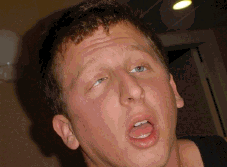 Me: Sorry man, can’t let you in, you’re too drunk. Nothing I can do.

It’s the pause in between my initial sentence and his response, that makes my blood boil.

Me: Sorry man, nothing I can do, try another bar.

Bro: Really, bro? You’re really going to do this right now in front of my friends?

I could go on with our circular, pointless conversation, but reading it would actually place your IQ that much closer to Forrest Gump’s, so I’ll spare you. Trying to appeal to the portion of my brain that deals with social cues, he said I embarrassed him (to which I didn’t give a shit about at all) and started hurling insults at me. Side note: I wear glasses. You know, so I can see ID’s and read and stuff, all trivial I know, but you would never believe how many times I have gotten into arguments that ended with the person calling me “four eyes” or a sarcastic “yeah, nice glasses, motherfucker.” Glasses (to a guy) are a utility, not a fashion accessory (looking at you, girls). Is that what it has come to? Making fun of glasses, however playground nostalgic, is more ridiculous than the show Jersey Shore. Good segway, because if you watch Jersey Shore, it is an excellent example of saying “really” ALL THE GODDAMN TIME! It drives me insane. 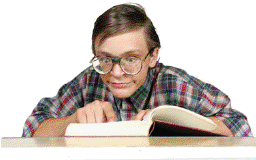 Me, not on Halloween.

Advice here: please remove this word from your vernacular. Using it in that context makes me instantly hate you, and makes me want to headbutt guys, and take girls to Poundtown. Not in a good way. 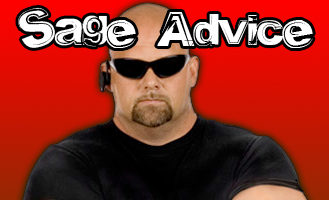 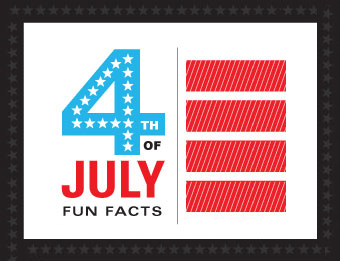