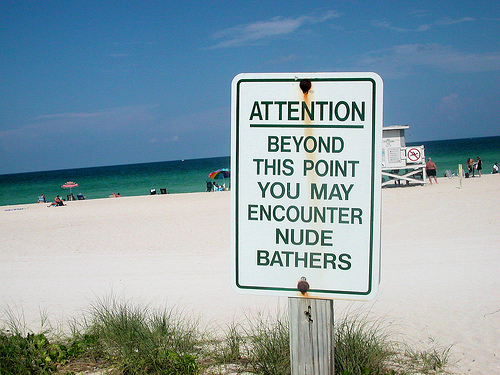 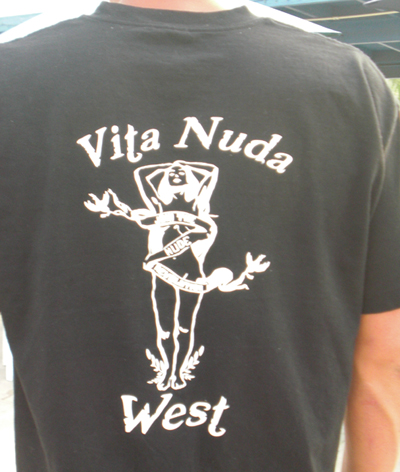 “Nudists are not just old hippies” says Daniel Philips. We hope so Daniel, we sincerely do. Forget Undie Runs. Phillips and crew at Santa Fe College in Gainesville, Florida are organizing a 5k, clothing optional run in support of nudists and nudity in general. The run is being produced and run by the organization Vita Nuda is Florida, which Phillips founded and now has chapters all over the United States and Australia, the two countries most inhabited by criminals.

Phillips says it will be the first organized, sober, nude run in South Florida’s history. Next year he plans to make it happen all over Florida, and presumably not just at a college that nobody has every heard of. Phillips was invited by a friend (hopefully a female friend) to attend a Nudist Event in Atlanta and got Nudy Fever. He has been participating in, promoting, and now hosting Nudist Events ever since. He says “I thought it was the most natural, freeing thing.” Try adding a girl and a bed, 10 times better, I assure you.

The event will take place on August 27th at  Sunsport Gardens Family Naturist Resort in Loxahatchee and expects to draw a huge crowd of people of all ages expressing themselves, being comfortable with their bodies, and probably just being a little bit perverted. On that note, no sexual innuendo or behavior is permitted. Naked college kids and no sex? Good luck with that. There will be a sign up 2 days prior at a local running store. After the run, there will be an after-party with Slip n Slide. We’ll try to get you some video footage of that one. Until then, we support you Daniel Phillips. Nobody loves nudity as much as us. Well…most of the time.