Seasons Greetings from the Twin Cities

Happy Holidays, everyone!  Although it is the day after Christmas, I’m not ready to let it all go.  In order to close out the Christmas spirit, here is a list of all the highlights of a Christmas in Minneapolis.

– Frozen Tundra:  Every year, the University of Minnesota campus becomes positively frigid about two weeks before Christmas.  By frigid, I mean so cold you get a brain freeze while walking to class, and everyone is unrecognizable because they are wearing more layers than the number of degrees the thermometer will rise that day.

– Snow Emergency:  About a week before Christmas, the cold spell lifts and we get up to the glorious 20’s, which feels practically tropical.  However, this is almost always followed by a huge snowstorm.  Thousands of cars are towed throughout Dinkytown because no one knows the snow emergency rules yet.  No one can walk anywhere because the campus has become a giant slip-n-slide with the layer of snow plastered on the sidewalk.  And so, just in time for finals, everyone is snowed in and forced to study for finals.  Or drink Baileys and coffee all day to keep warm and attend at least five ugly sweater parties.

– The Holidazzle:  Of course, Christmas at the University of Minnesota is not complete without a trip to the annual parade in downtown Minneapolis, the Holidazzle.  This year was the first year my friends and I braved the previously mentioned frozen tundra/blizzard to see it.   After losing feeling in our toes we decided we were less than dazzled, but we did have a great time singing carols and trying to sing the Twelve Days of Christmas while sipping more Baileys and coffee.  (Shout out to the middle-aged man who fed us every day’s respective gift.  Except for the Five Golden Rings, we had that one down.)

– January After-Party:  Now that Christmas has passed, the really fun part is coming up soon.  Within a week or two, none of us students will be able to stay at our parents house a moment longer, and we’ll all come back to the Minnesota campus with obscene amounts of free time.  This time is generally filled with great activities like drinking and sledding, drinking and ice skating, and snowboarding (drinking optional).

So once again, hopefully everyone had a wonderful holiday.  And if you’ve never experienced a Christmas in the Midwest, hopefully this list inspired you to visit a friend at the University of Minnesota next year’s break.  Or at least during the fun January After-Party month part.

Omar Minaya, Asleep at the Wheel? 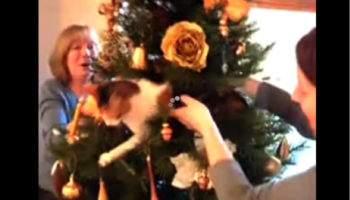