You’re sitting in the dining hall, piecing together another crazy, blacked-out weekend with your friends. While making fun of one of your friends for hooking up with a grenade, it happens. You see your ex-girlfriend walking into the dining hall holding hands with a new guy. You’re pissed, maybe even slightly jealous. While the rest of your friends continue to yuck it up, you are disengaged and numb to the tomfoolery going on around you. You shake your head in confusion and disbelief. You can’t believe your eyes. A million thoughts are running through your mind. How could she bail on you for a kid like that? He’s not even that cool.

One of your friends sees your ex and her new boyfriend. He comments on the situation at hand. Now everyone at the table starts making jokes about how this new guy is railing your ex-girlfriend. This pisses you off even more. Now all you can think about is the scene from Office Space where Lumbergh goes to town on Jennifer Aniston, legs in the air and everything. This puts you in a horrible mood not only because you see your ex walking around campus hand-in-hand with this guy, but also because you know you’ll hear jokes about this for years to come. You get home and immediately go on Facebook to stalk this kid. Here’s who you might find:

You hate this guy, but not wholeheartedly because he looks like a genuinely nice guy. Most of your hatred stems from your realization that this guy represents everything you couldn’t be. He’s like the perfect rebound for your ex-girlfriend. However, you find comfort knowing that they probably haven’t had sex yet because he’s too nice to close the deal.

Too bad you don’t wear a lot of backwards hats, lax pinnies, Nantucket reds, and boat shoes because if you did, you’d probably still be with her. She left you to hang out in dingy frat houses, drink cheap beer, and watch college lacrosse all day. Sounds like a lot of fun, right? How could she rebound with a d-bag like this? She could have at least gotten with a respectable guy, not some clown wearing seersucker shorts and wayfarers.

This kid can work a room—smiling, waving, and saying hello to everybody. Hell, you might even be friendly with him. He’s either a complete douche or a genuinely nice guy, but nothing in between. Nonetheless, this isn’t his first rodeo, so you know he’s already giving her the business. If he’s a douche, he’ll have his way with her until he moves on to he next one. If he’s a nice guy, he’ll hold on to her for a while. Either way, you’ll be pissed off.

What has the world come to? She dumped you for a kid that looks exactly like you—same style, same interests, same everything.  Seriously, you’d be cool with anybody else… But this kid? This pisses you off so much that you go on Facebook and start scouting out girls that look exactly like your ex-girlfriend to hookup with. You quickly regain your poise, however, when you realize that she’s probably thinking about you while her new guy is railing her. 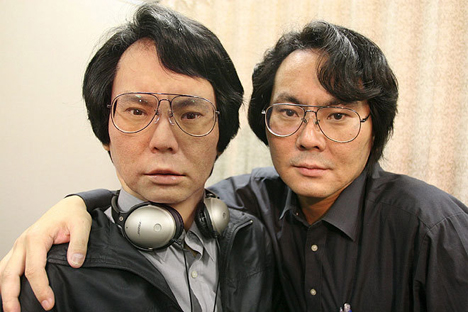 So now she’s into beefy guys with huge muscles and hilariously low GPAs? What the hell? She could have at least gone for a guy with social skills and a little bit of fashion sense. Come on bro, life isn’t about protein shakes, power cleans, and football. You chuckle because a) you know that the sex cannot be enjoyable for her and b) you know you’re bigger than him where it counts.

There’s nothing you can do but shake your head and shrug your shoulders. He’s a big time D1 athlete. You’ve even seen him ESPN Top Plays a couple semesters ago. You accept the fact that your ex is a jersey chaser. There’s no other reason why she could be with the guy.  You know that she’s probably just another notch on his belt. If she’s into sharing him with 10 other girls, then so be it.

His GPA is through the roof. You automatically hate him because you know he will make more money than you. Besides that, you can’t really figure out what she sees in the guy.  Maybe she’s making a long-term investment in hopes that there will be a huge payday for her a decade from now. He’s definitely hitting it every night because he knows this will probably be the most play he’ll ever get. Bummer.

You don’t know what to think about this kid. He wears skinny jeans and scarves all the time. He’s a little more on the feminine side, so you’re not quite sure if he actually enjoys hooking up with your ex-girlfriend. You try to figure out why she would choose this guy above everyone else. Other than an overly sensitive personality and hideous wardrobe, what does he have that you don’t?

You hate this kid because he’s sitting in the driver’s seat of his tricked out Range Rover in his Facebook profile picture. Everybody knows who he is because his dad is the VP at come Fortune 500 Company. He’s built up a reputation for flashing wads of cash and making it rain at the bars and clubs. However, despite the fact that this kid has more money than God, his not so secret cocaine addiction has rendered his little pecker useless 90% of the time.

Cathouse Behind The Scenes ….(DJ Mick)

Dad Stealing the Spotlight from His Children During Justin Bieber Solo …..(Brosome)

Karissa Shannon’s Sex Tape Preview, 10 Athlete Flameouts, A Dad Who Loves Bieber A Little Too Much

The Right Girl For You and Your Path to Finding Her

Five Reasons to be in a Relationship