So I was hanging out at a bar with some friends the other day – pretty standard for a Tuesday afternoon. A friend of mine, who I happened to have had sexual relations with, walks in and she says, “Hey Brian – let me see your hand.”

Naturally I asked her, “Why?” Upon a few more of her pleas, I gave her my hand, and she placed two animal-shaped rubber bands on my wrist.

Below is the conversation that ensued…

Me: “What are these things?”

Girl: “Well, you got a green one which means I sucked your dick, and the blue one means we had sex… I’ll talk to you in a little; I have to give out a few more of these things…”

She proceeds to head over to my friend Jeff, but Jeff gets a green one a blue one…..AND AN ORANGE ONE….

Me: I head over to Jeff and the girl and ask, “What’s the orange one for?”

Girl: “Well you know what the green and the blue Silly Bandz are – but Jeff fucked me in the ass, so he gets an orange one.”

Me: “WHAATTTTT?!? I WANT AN ORANGE ONE!!! How about we go to the bathroom right now – you know I won’t last all too long, and you likely won’t feel much at all… then you can give me my orange rubber band…”

Girl: “You’re funny Brian, but I’m not drunk enough to give you an orange Silly Band…In fact, I don’t think I’ll ever be.”

She was true to her word; I still only have my blue and green Silly Bandz

Brian will be on tour at universities nationwide this fall, so keep your eyes open and your legs closed.

Your Life Could Be Worse…or Public 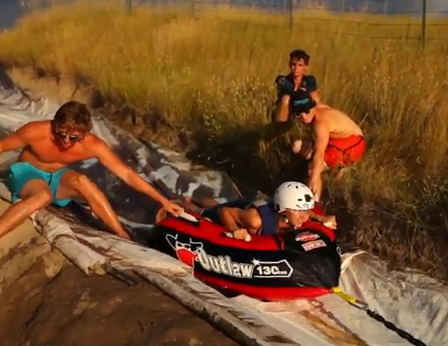 The Debut of SCREEN TIME! with Scott Yager