We all know that Colorado is the holy land of the modern day music scene: It’s where musicians of all types come together to celebrate the happiness that their art brings to the people. Nothing puts a bigger smile on my face than to see some of my favorite artists from different worlds coming together. Snowball Festival, which takes place this weekend (March 4-6), not only does that, but combines the music with the prime choice skiing and snowboarding conditions of Nottingham Park in Avon, Colorado. If you’re one the lucky people going (and I wish I was you), here are some of the acts you definitely shouldn’t miss. 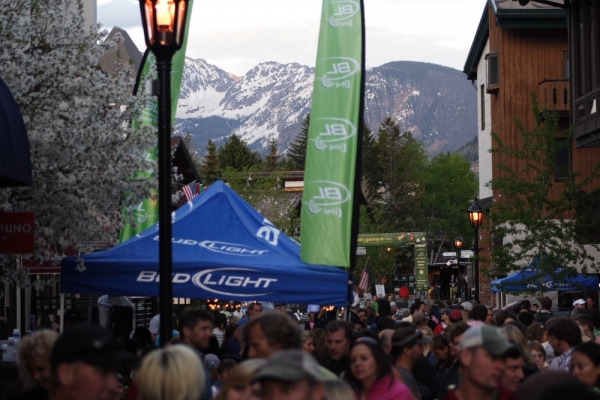 Before the festival even begins there are two kickoff parties on Thursday March, 3rd: Porter Robinson, R.A.C., and Sorry for Partying at Samana Lounge, and Vibesquad, Thick Chick, and Mo:Rockin at Agave. Clone yourself and get to both of them. 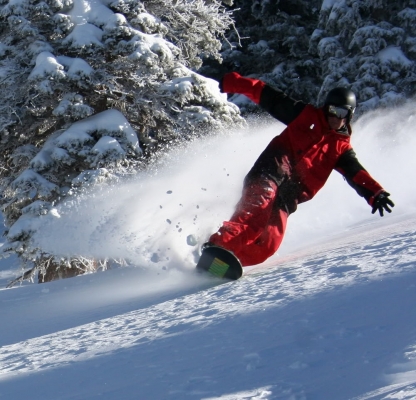 The first day is pretty standard: shit-tons of people arriving, most of who are probably going to spend the day on the mountain hitting the fresh powder. Lots of small acts in the afternoon, but as the sun goes down behind the scenic mountains, the party really begins. Judging from the schedule, the Groove Tent is the place to be for most of this day. Porter Robinson has an hour to throw down his infectious electro beats. Granted he goes on at 4 PM, but it’s never too early to start raging.

In between Porter and next act, you can head to the Main Stage to check out part of Mansions on the Moon‘s 45 minute set (only 45 minutes? Lame). They don’t really have too much material anyway, so it’s at least good to keep busy while you wait. 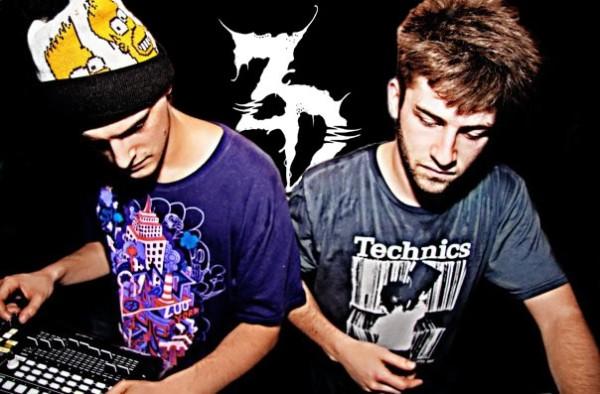 Back at the Groove Tent, Zed’s Dead deep, filthy bass grooves and heart-rumbling beats are a far departure from Robinson’s four-on-the-floor action. Prepare for an hour of people making their grimiest dubstep faces (which looks much like trying to drop a deuce while sticking your tongue out…super attractive).

Now, this is where you could go in two different directions. If you can’t handle the endless, unstoppable dance party of the Groove Tent, then relax for a little bit before you go to catch Edward Sharpe & The Magnetic Zeros. I’m a party animal, so Sharpe isn’t really my scene, but their song “40 Day Dream” is quite lovely, and it’d probably be a nice relaxing hour and fifteen minutes to sit back and enjoy the landscape.

Otherwise, stick around at the Groove Tent for 12th Planet, who has been garnering lots of attention for his crisp beats, minimal sound, and rhythmically distinct remixes. He’s immediately followed by Diplo (of Major Lazer fame), whose jungletech is going to get folks naked and grinding right on the dance floor. I guarantee it happens. It always does. 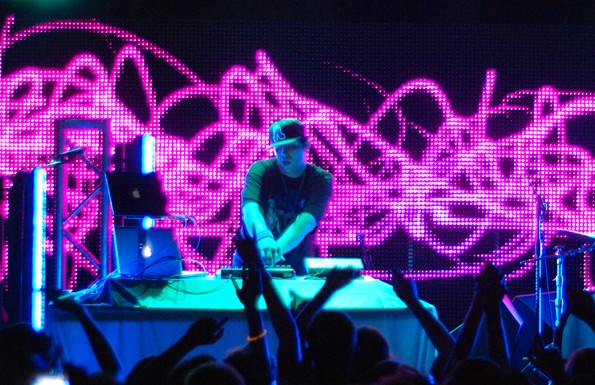 Is there any explanation needed? DJ Derek Vincent Smith and drummer Adam Deitch are going to tear the roof off the sky with their genre-defying mix of hip-hop, glitch, dubstep, and electro.

But the show ends staggeringly early at 10 PM, which leaves plenty of time for the Savoy, Porter Robinson, and BONES afterparty at Agave. There’s a DIFFERENT afterparty with 12th Planet, Frequent C, American Royalty, and Thick Chick at Paddy’s. Then there’s also a secret dance party at Loaded Joe’s, featuring DJ sets by unannounced Snowball artists. That one is only a 5 minute walk from the Fest but you’re going to have to find it yourself… 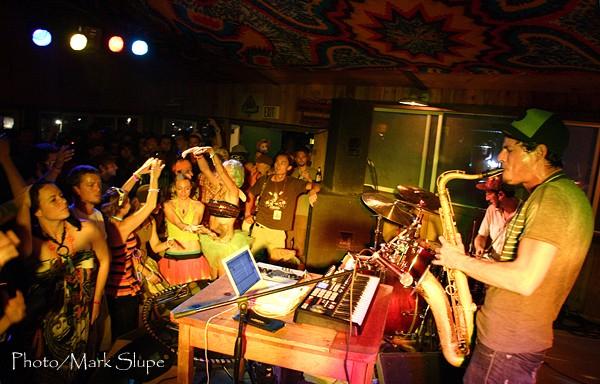 You probably stayed awake partying for most of the night and into the wee hours of the morning. Understandable. But make sure you’re up and at ’em by 4 PM, because that’s when the party starts all over again. If you’re already in the mood to dance and get dirty, hit up Big Gigantic on the Main Stage for a 45 minute set (what’s with all these short fucking sets?). The Colorado natives have been touring endlessly, showcasing their unique blend of DJing and live music. Seriously, check them out. Check them out, or I’ll kill you.

But I have to also give props to our boy Sam Adams, who’s going to be dishing it out at the same time in the Groove Tent. So for those of you having a problem deciding where to go, it’s going to come down to personal preference. Make your move. 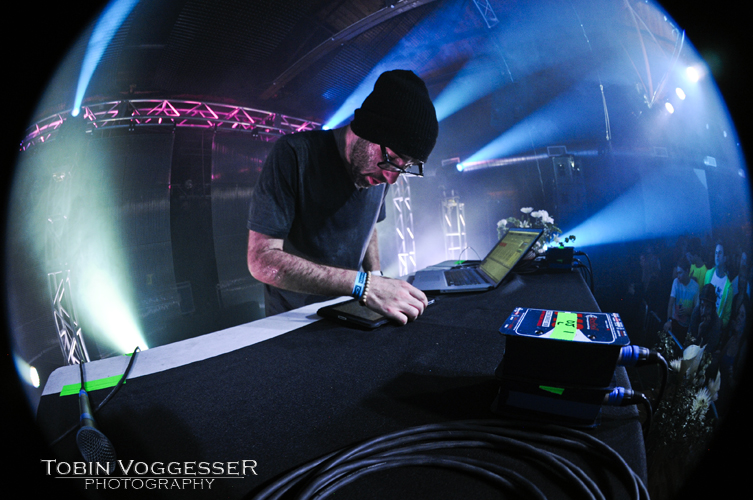 Paper Diamond, which consists solely of of Producer Alex B, follows Sam Adams. It’s more dubbed out electronic goodness. Definitely a little more downtempo than Zed’s Dead or 12th Planet of the previous day, but don’t count him out if it’s dirty beats that you’re searching for. Alternatively, you could go to the main stage for Local Natives. I never heard them until today so don’t judge me, but they sound like yet another relaxing pause in a day whole of intense dancing. 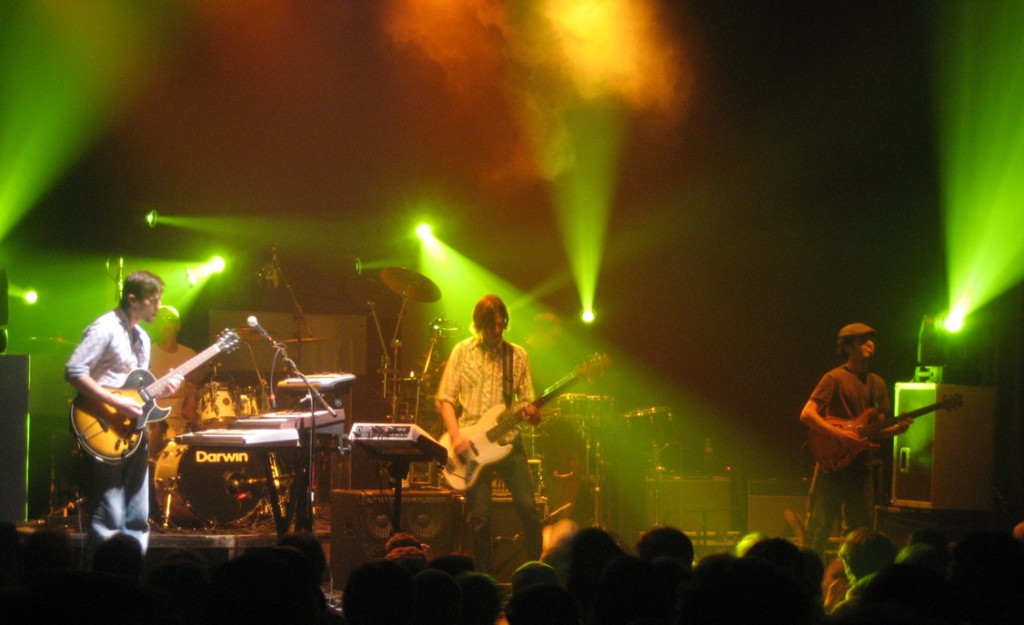 You could stay right where you are to see Classixx pound out some house, or you could head back to the Main Stage for jamtronica legend Lotus. If you haven’t heard of them, then this is the opportunity to experience some sweet live electronic improv rock. Unfortunately, it’s yet another short set, topping out at an hour. I’ve seen Lotus rock out for 2 and a half hours without stopping, so to see them so limited is kind of disappointing, but I’m sure it’ll still be fucking sick. That would be my move.

Okay folks, now get back to the Groove Tent to catch part of Savoy’s set. Prepare to dance: these guys brings some heavy house beats. Don’t get caught up though, because the second night’s headliner starts as soon as Savoy ends… 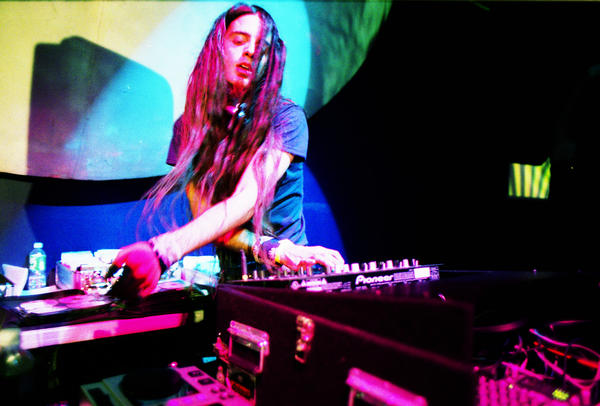 Lorin Ashton, otherwise known as Bassnectar, is a monster. He will drop some nasty beats all over you with no consideration for your poor, poor body. Your sweat glands will swell from overuse. People will pack in close, jump all over the place, and shed clothing faster than you can say “Basshead.”

Once again, another headliner that ends at 10 PM. But don’t fret: March 5th has a plethora of late nights: Classixx, Twin Shadow (DJ Set), Onra (DJ Set), and Guns in the Sun Deejays at the Samana Lounge; Big Gigantic, Eskmo, and DJ Adam Ross at Agave; Signalpath, Sugarpill, Slim Thugs, and Eminence Ensemble at Paddy’s; Robotic Pirate Monkey with Special Guests at Loaded Joe’s; and Afroman, Mthds, and DJ Wild Bill at Sandbar. 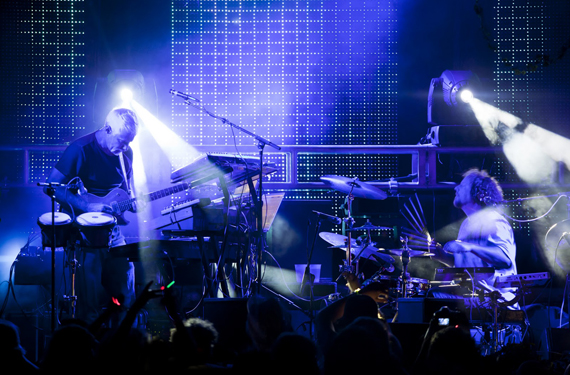 Welcome to the cracked-out world of the festival-goer. You are now running on empty, but you aren’t allowed to stop just yet. If you can still handle skiing or boarding, then you are certainly a pro. This would be the perfect day to shack up in the lodge, sit down by the fire, and drink a cup of hot cocoa…but that isn’t in the cards for you.

The last day is loaded with all different types of acts. Hip-Hop artist Brother Ali takes the Main Stage at 2 PM, followed by electropop act Miami Horror at 3:15 PM. If you’re in the mood to blaze up (and let’s be honest, you’re in fucking Colorado…weed is basically legal), then Afro Man is at the Groove Tent at 2:40 PM. You better get twice as high just for me. 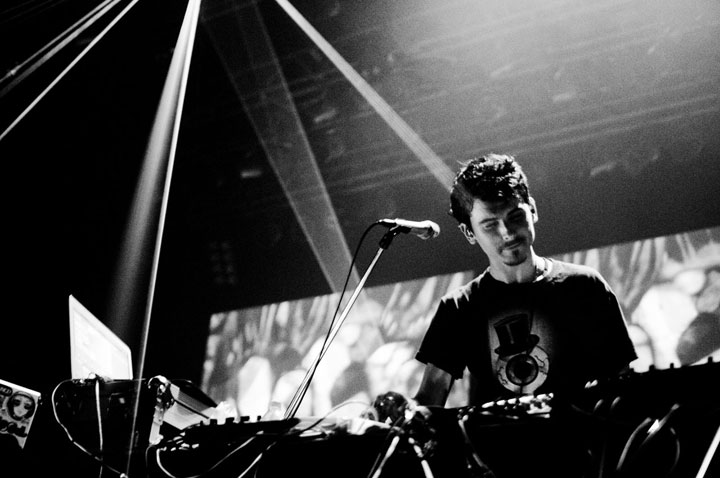 Ready for shit to get real weird? Check out Baths and Eskmo back-to-back in the Groove Tent and dance like a Mayan dinosaur God from the future. Stick around for EOTO’s (Michael Travis and Jason Hann of String Cheese Incident) all-improv set, full of tribal beats and crunchy, distorted bass riffs. If days of thumping bass have drilled a permanent ringing into your ears, then perhaps you rather spend some time listening to the psychedelic melodies of Portugal. The Man. 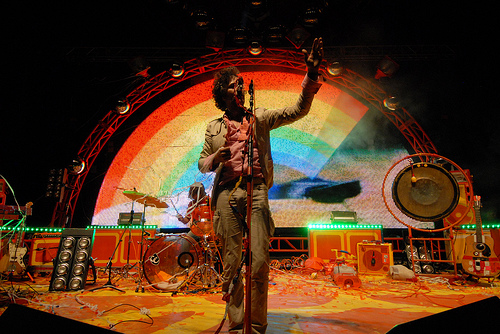 You might have already assumed that I’m not much of a fan of The Flaming Lips, but having them wrap up this epic mountaintop festival seems to make sense. By this time, your energy reserves are fully depleted. Any more dance music could make your brain explode or your legs snap at the knees, so chill out and revel in the beauty of thousands of people sharing the same connective experience, you lucky fuck. Some of you might end your adventure here…I don’t blame you. But for the warriors out there that intend on keeping this party going as long as possible, there’s still one more bite left on your plate…

With all of your partying over and done with, what are you to do next? Return to school, and get psyched for the rest of festival season, because there’s a lot more where that came from…