Socialites, Learn From This Guy: What NOT to Do as a JP Morgan Intern 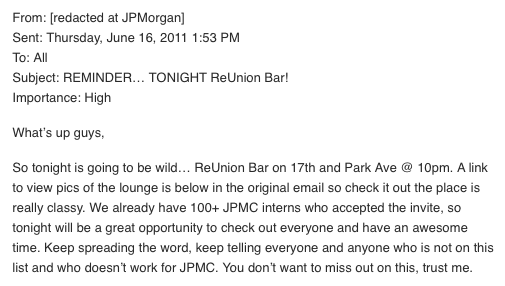 As summer chugs along, all you students are getting nestled into your summer jobs or internships. But remember to never get too comfortable, because the slightest error in judgment could put you in hot water. Take this guy for instance, who mass emailed his colleagues at JP Morgan with an invite to a party at ReUnion. But it didn’t stop there – He goes on to discuss the lax ID policy of the bar, gets really casual, and then sends two more emails apologizing and retracting his previous statements. Needless to say, he might be spending the rest of his summer working in the food industry. Yikes. Read all three emails after the jump.

The First Email: The World’s Best Intern Throws a Rager 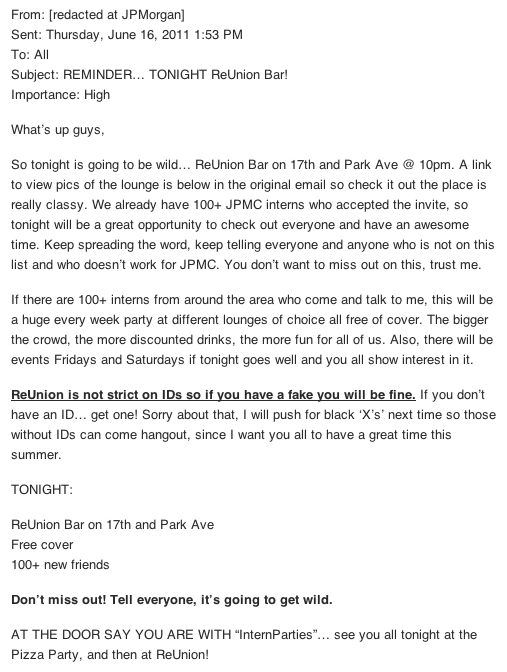 “If you don’t have an ID…get one!” Yep, that’s how you show your boss that you’re doing work behind that computer. At least he has the decency to mention that he’s going to push for black X’s next time. Maybe if he spins this the right way he can convince the higher-ups that he’s actually just exercising his leadership skills: He wants to get all the interns together to network. There’s even a pizza party?! I’m missing out.

The Second Email: The Apology Part I 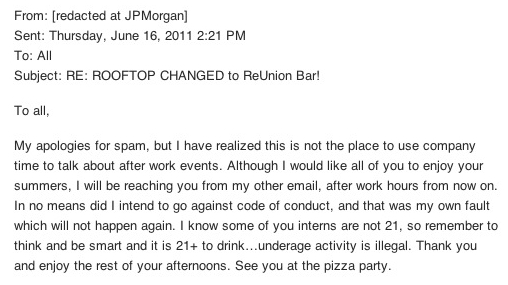 Wow, he really didn’t think about that first email before he sent it. Coincidentally, I don’t think he thought about this one either – the whole “underage drinking” thing isn’t even the top priority: It’s more important that he doesn’t send emails about “after work events” during work hours. The legal drinking age is kinda just like a footnote…but maybe it’s time to give this apology one more shot…

The Third Email: As If One Sorry Wasn’t Enough…Apology Part II 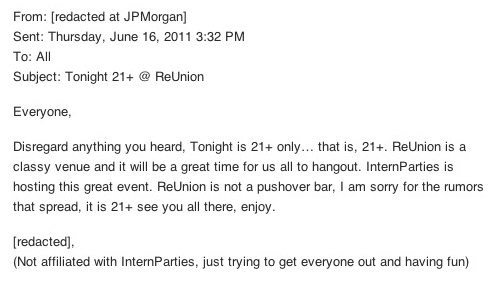 Reassure everyone that ReUnion is a very “classy” place. They don’t let people in who are under the age of 21…they’d never do THAT. Someone should stop spreading rumors. Wait, there’s something amiss here, too: It’s hosted by InternParties, and this kid is throwing it, but he’s not affiliated with InternParties? Do I sense one more email coming? Not yet, but we’ll keep you updated on the sitch.

BuzzWorthy: How to Talk Like a Beer Snob (Infographic) 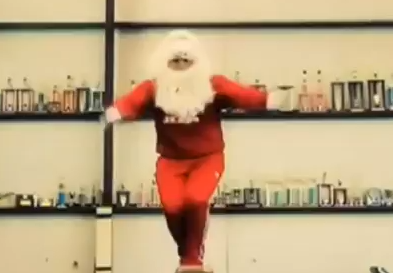 ‘Tis The Season To Be Failing: Holiday Fail Compilation (Video) 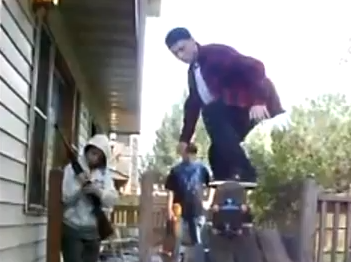 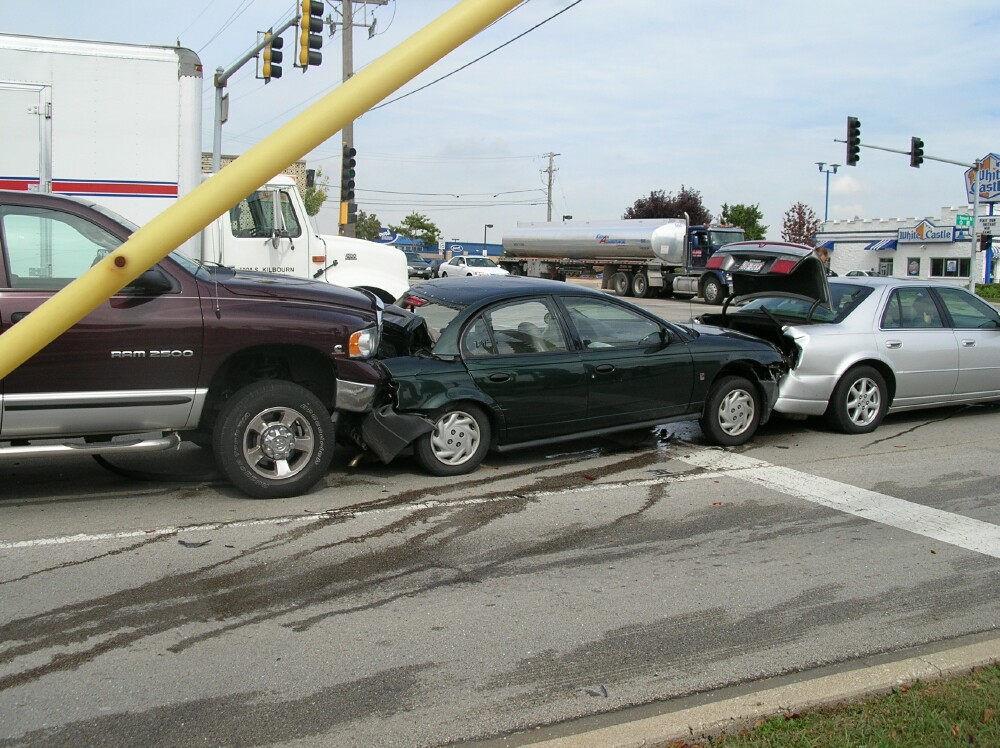 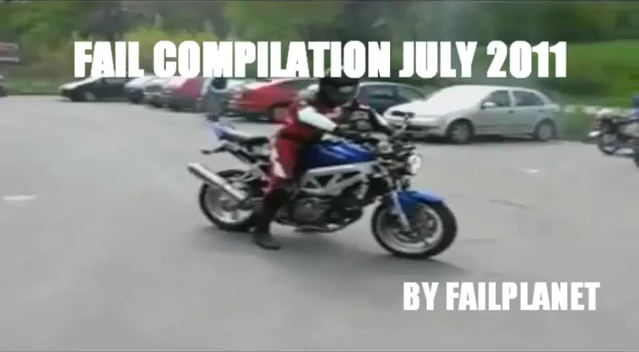 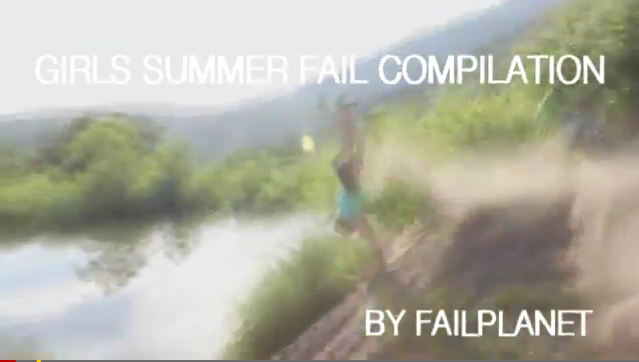