The Spring Break countdown begins, since my college obviously has to have it obscenely late. So anyway, I’m driving home down the Long Island Expressway to my hometown on Eastern Long Island when I receive a text from my buddy asking when I’ll be arriving home. I tell him I’ll be there in 20 minutes and he responds, “Good, I’m in your bedroom.” What the fuck? Sure enough, I have a corresponding text from my mom asking why the fuck my friend is in my bedroom when I’m not home. Finally, I arrive home, only to find my friend smoking a joint on my bed. Interesting start to a week off from school.

I grab the joint, take a hit, and toss it out the window, following it up with, “Why the fuck are you here?” He tells me he has five tickets booked for Cancun and the fifth person just backed out. Clearly, I am now the fifth person. While I was expected to work all week, clearly this is the more logical choice.

So the plan is to grab a flight the following day and wreak havoc for 5 nights in Mexico. Gotta pack the necessities… bathing suit, Four Lokos buried in clothes (hopefully security won’t catch them), and condoms. 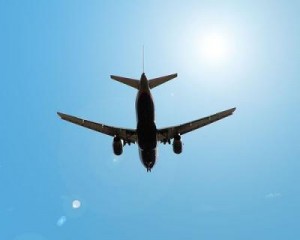 We decide to sleep for the rest of the day since it’s probably the most sleep we’re gonna get for a week. Unfortunately, my asshole friends didn’t let me know the flight was at 4a.m. so when I got a call at 3a.m. being told I was supposed to be at the airport, I was pretty pissed. Not how I like starting vacations. I grab my bag, wake up my fucking sister who said she would drive me to the airport, ignore her bitching, and jump in the car. We go about 80 the whole way and get there in 30 minutes (great timing considering how far the airport is). Obviously no one is going through security so I make it to the gate in just a few minutes. I find my dickhole friends, tell them they’re all fucking pricks, and ask when the flight is. 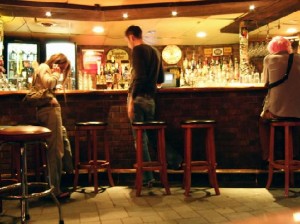 They say we have about 20 minutes before boarding so clearly we should use our fake IDs to get alcohol at the bar. Somehow our terrible IDs work at the bar (thank you airport security) and take a couple shots of tequila each. We also chug a drink consisting of rum, Blueberry Vodka and sprite, and get on the board. We’re a bit tipsy as we pass by the sexy flight attendants (and by sexy I mean they SEEMED sexy at the time, but upon leaving the flight later, it’s clear I was delirious). I think I muttered something about the Mile High Club and it seemed as though I got awful service after that, but maybe it was just a coincidence.

Also, turns out altitude makes you feel just a bit more drunk than expected after taking some tequila shots. My lightweight of a friend sitting next to me looks green at this point as we start hitting turbulence. Fuck this. I tell him he better fucking go to the bathroom or I’ll never let him forget it. He tries to get up and the flight attendant runs over saying no one can leave their seats due to the turbulence. As he goes to respond to her, he pukes. EVERYWHERE. All over himself, the seat, and even some splatters on the lady’s shoes.

It was like time just stopped. I had a permanent look of shock and disgust on my face, the flight attendant stood there just looking at her shoes, and everyone around us seemed to hold their breaths in disgust. I immediately began dry heaving since I can’t handle vomit AT ALL as some douchebag behind us was yelling he would “turn by buddy’s asshole inside out.”

The flight attendant who had some vomit on her eventually walked away and another one came up, asking me if I was traveling with the puke boy. Seriously? I’m sitting next to him and have been talking to him the whole flight, obviously we’re together. 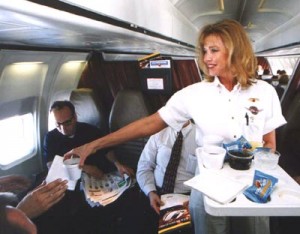 She tells me to go to the front of the plane and by some sort of bullshit, I am thrown off the plane with my buddies in the middle of a random airport. Since when can this fucking happen? We get our baggage and jog back to the main lounge. Out of breath, we get a slice of Sbarro’s (which is at every fucking airport you go to) and go up to the front desk. We ask where we are and what the fuck is going on. The lady looks very confused as she says, “You’re in Miami…can I do something for you?”

And welcome to our fucking spring break.