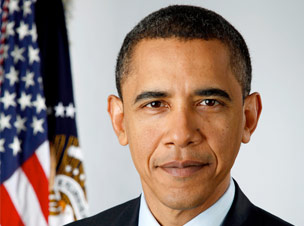 The Republican agenda during this election cycle has been simple:  in order to blame Obama personally for everything that’s wrong in the country, Republican surrogates have been busy blaming the problems of the country on spending, then blaming spending on Obama.  Healthcare reform is the big ticket item, of course, but the hit list goes on.  Everything from investments in transportation infrastructure to building a green economy have come under fire.  As has public education, to the tragic detriment of students.

According to a recent poll conducted by the Marshall Fund, over 60% of Americans support spending cuts, while only 17% support increases in spending.  And because of the rhetoric that has surrounded the Presidential election, Americans are more aware of the financial problems facing the country than ever before.

For example, the American education system is already working on a tight budget, and without wholesale reform of how the system of education is managed and operated, funding cuts would only take away necessary services.  Students need books in their libraries; they need computers in their classroom; they need access to integrative nutrition during their lunch periods, so that those who eat school lunches are adequately nourished.

The Republican agenda ignores this.  And by hammering the idea that Democrats are pro-spending while Republicans are pro-saving, they are successfully convincing the American population that the Romney-Ryan ticket will magically fix the fiscal problem.  (This, despite the fact that most Americans oppose cuts to education, with Romney supports, and support cuts to defense, which Romney opposes.)

The idea of cutting education as part of the road to long-term financial stability is fundamentally flawed for a number of reasons.  Most egregiously, the American economy historically depends upon innovation, and innovation depends upon education.  Unless there is a steady stream of well-prepared young minds coming up to change the world with bold new ideas, Americans can forget about long-term financial stability, regardless of who is in the White House.

In addition, it makes no sense to cut spending on education until the system has been changed from the ground up to improve its efficiency.  Certainly, the intelligent inclusion of technology in the classroom can save money and promote learning; and the teachers’ union has historically opposed wider adoption of technology.

But cuts to other programs, most notably defense, can be made without infrastructural change.  There is no need for the United States to continue to manufacture nuclear warheads, for example, when it already possesses enough to wipe out the human race.  Cutting those programs will save more money than cutting education, without putting the nation’s future stability at risk.

Gangsta Lyrics: What DO they MEAN?