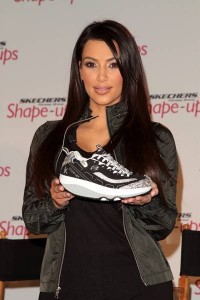 Celebrities are endorsing products in advertisements on television and in magazines all the time. For the advertisers, it’s a brilliant strategy; have a product and show a popular celebrity using it. As much as we all don’t want to admit it, seeing a celebrity, like Kim Kardashian, Justin Bieber, Madonna, George Foreman, or the Jersey Shore stars, use a product is an incentive to buy it yourself. I know I’m personally guilty of this. If I see Kim Kardashian pumping gas wearing her Sketcher’s Shape Ups, suddenly these seemingly ugly shoes are more appealing. Then again, what doesn’t look good on Kim Kardashian? However, some products that celebs endorse make me want to say to them, “What the hell are you thinking?!” 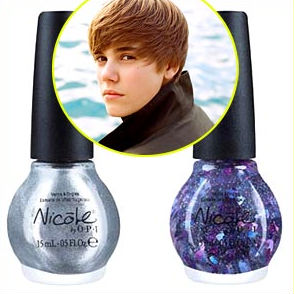 When I think of Justin Bieber, I only think of one thing: hair. I guess his luscious locks have me solely focused on his hair because I never took the time to check out his nails like Nicole by OPI must have done. Now, Justin Bieber is selling nail polish. What I don’t understand is, why is a boy selling nail polish? Maybe I’m wrong, but I thought Bieber was more of a pop singer, and not so much an emo guy sporting black nail polish. The Biebes already has a couple of colors released, a purple color called One Less Lonely Girl, a blue color called Me + Blue, and a red color called OMB. Yes, it’s ridiculous, but I’m sure millions of tweens will buy it.

Nothing makes me want to drink wine quite as much as when I see Madonna’s face on the side of the bottle. It’s almost like I’m getting drunk with Madonna herself! Well, back in 2006, Madonna’s father, Tony Ciccone, created a line of wine inspired by his daughter and called it “Madonna Wine.” The wine comes in five different types: Pinot Grigio, Pinot Noir, Gewurzatramier, Cabernet Franc, and Chardonnay.  All the wines are made from a vineyard in Michigan and each bottle comes with a different colorful picture of Madonna on the side of it. 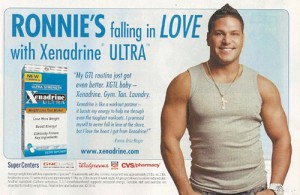 GTL (Gym-Tan-Laundry) is part of Jersey Shore star Ronnie’s everyday routine. In fact, all the guys on the show brag about how much they work out and how good they look. That’s why I was so surprised to see Ronnie advertising the Xenadrine ULTRA diet aid on a commercial the other night. What weight does he really need to be losing anyway? Well, I guess Ronnie is now XGTL-ing (Xenadrine-Gym-Tan-Laundry) since “Ronnie’s falling in LOVE with Xenadrine ULTRA.” 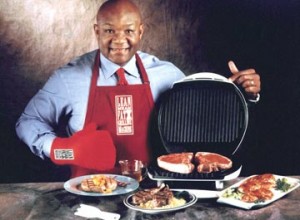 You have seen it on TV for years; it’s the George Foreman Grill. I remember always watching Foreman, as a child, selling these grills and never knowing who he was.  He is actually a 2-time former world Heavy Weight Boxing Champion and an Olympic Gold medalist. I don’t know what boxing and grilling have in common with each other, but I do know that George Foreman’s Lean Mean Fat-reducing Grilling Machine has been sold to over 100-million people worldwide.

Five Creative Gadgets You Never Imagined in Your Dorm Room