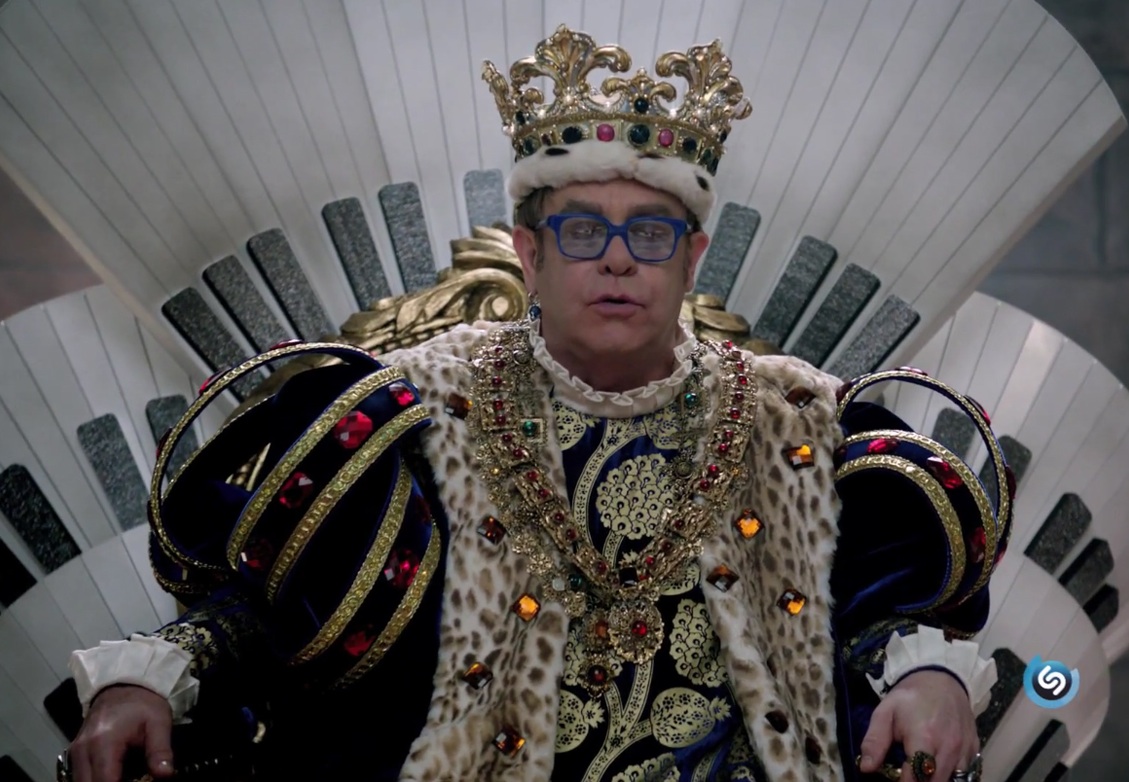 Super Bowl has comes and gone, and New York is #1 again. Not that there was ever a doubt. Can I first start out by saying that it is an absolute travesty that I am sitting at my desk today. I have my convictions and all but I would vote for the first presidential candidate who offered to make Super Bowl Monday a national holiday. Anyway, you all saw the game and by now have read every article ESPN.com had time to write about it. So behind actual football, what’s next in order of importance? Commercials. Not gonna lie, I thought this year was pretty lackluster, punctuated by waiting David Beckham spin around in his underwear  for 10 seconds I will never get back. But I managed to pick out the 10 best from the bunch and give them my own rating. Bare in mind, this is the official Top List. No other list necessary. Enjoy.

This one was a little dissapointing, but let’s get back down to reality, because there was never going to be a Ferris Bueller sequel and it wouldn’t have been good if there was one. So subtract the misguided anticipation, and this stands as an awesome commercial. The car itself is pretty lame compared to the other whips that advertised, but Matthew Broderick channelling his immortal Ferris Bueller was brilliant. Truth be told, it would have been a lot better with no preview, but as a free-standing commercial, it did the trick. If only Jennifer Grey made an appearance.

I was hoping I wouldn’t need to include this one, seeing as how we all saw it 2 weeks ago. But as it turns out, it ended up being one of the better ones. When you have Jerry Seinfeld in your commercial, it’s hard to tell if the commercial is funny or you’re just laughing because it makes sense to. I’m going to assume it was funny. Great concept, sick car, totally unexpected and brilliantly relevant ending. Oh, and a giant network of Manhattan zip lines. Any commercial that gets me dreaming that big is one for the records.

A lot of dogs this Super Bowl. A lot of dogs. Maybe the ad guys decided this year they needed to cater to the female population that makes up about half their viewership (see David Beckham in underwear). They obviously needed to find a middle ground, and what better uniter of the sexes than Man’s Best Friend. Doritos is always a contender to kill it on the commercial front, and this one was funny, clever, and for all you ladies out there, adorable. It helped that I had a bowl of Cool Ranch sitting on my lap at the time, but this one gets an enthusiastic “Enjoyable” in my book.

Yep, more dogs. This one however, not only featured man’s best friend, it also featured man’s favorite cheap, watery, mass-produced beer, and said best friend delivering it. Catering to both sexes theory proven; bitches love Bud Light. The commercial itself was funny and cute (said my girlfriend of course) but what really drew me in is the fact that there is a dog somewhere that is actually trained to bring people Bud Light. Where is it now is my first question and how much is my second. Talents like those need to be shared with the world.

America’s Got Talent will rue the day it ever let Howard Stern back on a TV screen. This is the guy who used to mark wannabe Playboy models with sharpie, so imagine what he’ll do to little girls trying to jumpstart their singing careers. But hey, they knew this when they hired him, and from the looks of this commericial, they’re playing his brash nature up and looking for T.V. gold. Do they quite know what they got themselves into? Who knows. All I know is seeing Howard Stern with a fire hose put the biggest smile on my face of the night.

So what ever happened to that band The Darkness? 9 years of a whole lot of nothing I’m guessing, and then this brilliant commercial. Samsung is trying desperately to try and contend with everyone’s favorite fruit-named tech corporation and their only legitimate re-course is to come right out with it in their ads. They did just that in the most subtle, clever way possible. Then, if the subtext wasn’t enough, a bunch of hipsters talking about their devices suddenly turned into a over-produced mayhem to the backdrop of one-hit wonders, The Darkness performing said one hit. It was feisty, it was strange, and it was perfect. Way to revive a classic.

If this commercial was about 5-seconds longer, I might have lost some valuable soldiers. The only thing that sells more than sex is the fine sharpie line drawn between sex and sexiness. Why else would no nudity strip clubs exist? I don’t know who that girl was and frankly I don’t think I could handle that knowledge until 6:00 tonight. All I know is she and the ad dudes over at Fiat are doing it right.

First great commercial of the night and it was a good one. Once I got over my lack of Sofia Vergara disappointment of course. Basic premise: Elton John is king, only gives Pepsi to people that can sing well, X Factor winner Melanie Amaro earns a Pepsi, banishes Elton to the dungeon, bam, Flavor Flav. Nothing else to say. Just some great writing and some great cameos.

The super hero movie we’ve been waiting for is finally previewed and ready to deliver. Not much to say about The Avengers since we’ve all been familiar with the concept and the stars for what seems like forever already, but seeing an actual commercial for it might as well have been 2 tabs of Viagra. Scarlet Jo in spandex didn’t help. Apparently Mark Ruffalo is replacing Ed Norton as The Hulk, which is fine considering that Hulk was definitely the runt of the Avengers Movies litter. Besides that, cast is all the same. The bad news is when you pump up a movie for as long as they have, it better fucking be good. The good news, it will be.

Funny story. The kid that made this commercial, Zach Borst actually went to my High School. Ok, not so funny, but classmate or not, this commercial was by far my favorite one of the day. The actors playing those kids were perfect, the exaggeration, the setup. The end seemed a little awkward but I was still laughing so hard that it basically could have ended with anything. Anything except David Beckham’s abs. Commercial of the night by a landslide.