What a week it was for Team USA in Vancouver last week. Medals in seemingly every sport except curling helped the US expand its lead in the medal count and provided more ammunition for bragging rights as Americans dominated in the rink and on the slopes. Alpine skier Lindsey Vonn battled through an injured shin to take home a gold medal. Speed Skater Shani Davis captured the gold in the Men’s 1000M, and downhill skier Bode Miller took home his fist gold medal in the Men’s Super-Combined. While all of those victories were impressive, the two most memorable moments came from Shaun White and the U.S. Men’s Hockey team.﻿

In the men’s halfpipe, Shaun White AKA “The Flying Tomato” wowed the crowed as he introduced an never before seen move he called the “Double McTwist”…three and half 360 degree spins and 2 flips combined in one sick ass move.  Sounds more like a pasta dish from McDonald’s than anything else, but it’s impressive nonetheless. What’s really amazing about White’s performance is that his score was high enough to win the gold medal after his first run; before he had even unveiled the Double McTwist. So on his second (victory lap) run, White improved on his already high score and officially crushed anyone’s chances of catching him.

In an even more awe-inspiring performance, the Men’s Hockey Team made a big statement Sunday night, defeating the Canadians 5-3.

Before Sunday, the U.S. had not beaten Canada in the Olympics since 1960..It took almost 50 years to beat our neighbors to the north, and Team USA did so in Vancouver in front of a very pro-Canada crowd. The magnitude of the win cannot be overstated. Team USA beat Canada in Canada at its own game. Last week saw big wins across the board by U.S. athletes on the world’s biggest stage. If that’s not swagger then I don’t know what is.

Is Hannah Storm The Next Erin Andrews? 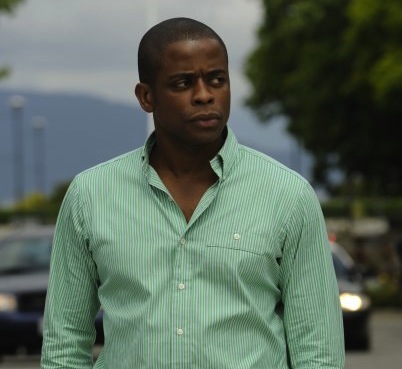 The Memorable Moments From The 2010 Vancouver Winter Olympic Games