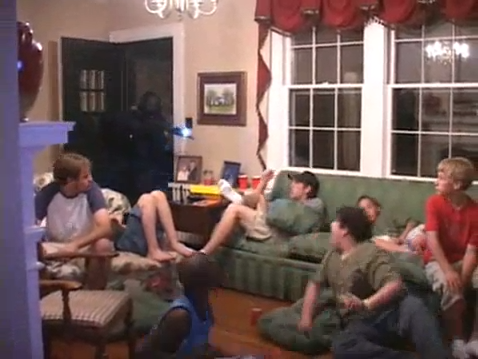 Don’t you love those movie and TV scenes where the SWAT team busts in, guns blazing, and tears the room apart and everyone in it i under 5 seconds? It’s especially good in reality, like when some hillbillies are running a meth lab out of a trailer and get busted on “Cops.” However, put yourself in their shoes. Not that you spend your spare time cooking up home-made drugs but picture being in that room when the SWAT teams busts in starts waving an assault rifle in your face. Well, what looks like a bunch of 8 year olds got to experience it first hand. Whoever pulled off this prank off is a genius. Costumes, weapons, the fucking works, and these kids are shitting their pants. Take special note of the fat kid diving face first on the ground. Great form, and fucking hilarious. Props to Sal Augello for the tip. Enjoy Socialites!