Take A Peek Through the Looking Glass with Almost Alice

Moviegoers around the world have had March 5, 2010 marked on their calendars for over a year.  The most anticipated motion picture in recent history will hit theaters as Tim Burton will dazzle fans with the eye-popping fantasy-adventure film Alice in Wonderland.  While the film will no doubt be a box office smash with audiences young and old, the movie’s soundtrack, Almost Alice, will captivate listeners with the sounds of some of today’s top artists.  Almost Alice features new music from Avril Lavigne, All-American Rejects, Mark Hoppus & Pete Wentz and 3OH!3.  Take a peek at the track list after the jump…

Almost Alice boasts an eclectic array of recording artists with original songs based on some of the most charismatic characters in literary history, such as “In Transit” performed by Mark Hoppus and Pete Wentz. Other artists include The All-American Rejects, Shinedown, 3OH!3,  Franz Ferdinand and All Time Low.  “Very Good Advice” performed by Robert Smith, is the only song from Disney’s 1951 animated film “Alice in Wonderland” that appears on the collection.  The pre-order is up on Amazon now – http://bit.ly/AlmAlcOST.

The track list for Almost Alice is as follows:

2.    The Poison Performed by The All-American Rejects

4.    Her Name Is Alice Performed by Shinedown

8.    Follow Me Down Performed by 3OH!3 featuring Neon Hitch

10.  In Transit Performed by Mark Hoppus with Pete Wentz

14.  Always Running Out of Time Performed by Motion City Soundtrack

15.  Fell Down a Hole Performed by Wolfmother

16.  White Rabbit Performed by Grace Potter and the Nocturnals

Campus Of The Week: Clemson University 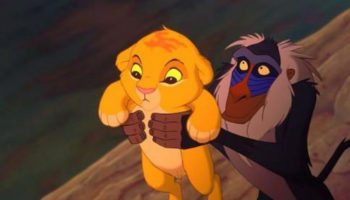 Throwback Thursdays: Nestle Wonder Ball, Talkboy, and Where in the World is Carmen Sandiego?