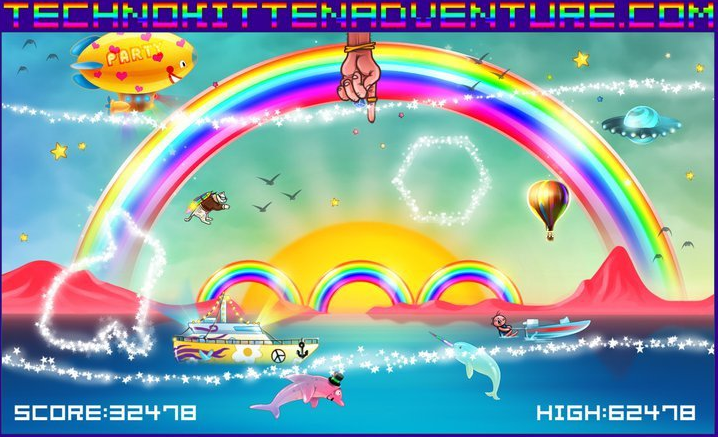 Lets face it, nobody actually pays attention in class. Why would you? Chances are you’re behind your MacBook screen the whole time on Facebook or Twitter, or if you’re like the mildly attractive redhead in my Chemistry Class, shopping for Crotch-Less Panties. Whatever the case, The Campus Socialite has your newest, and quite possibly,  most bedazzilingly awesome distraction yet: Techno Kitten Adventure! The title says it all.

Techno Kitten Adventure is the revamped version of Techno Kitten, which reached the Top Downloaded and Top Rated sections of the Xbox Live Indie Marketplace only a few days after it was released. Cats. Rainbows. Sparkly stuff. Ham. Death. What more can you for from a simple yet overwhelmingly awesome game, perfect for playing under the table during class? Techno music I guess, but that’s included too.  The new game will be released by Elite Gudz on June 7th for iOS (iPhone, iPad, iPod Touch) and Windows 7 Mobile. An Android version will follow shortly after. 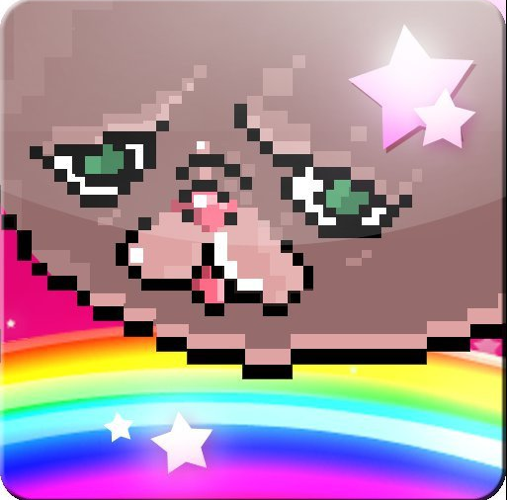 In this living meme of a game, the player guides a flying cat (powered by the jetpack he’s wearing, obviously) through a flashing world of obstacles, distractions and really bright colors. It’s reminiscent of a time when Dollz and GIFs of sparkling horses were the most awesome thing on the internet. Prepare to have your time in class, and your life taken over with considerable hostility. Check out the Teaser Trailer below:

Five College Things To Do Before Judgment Day

5 Signs Your Girlfriend is Pissed At You