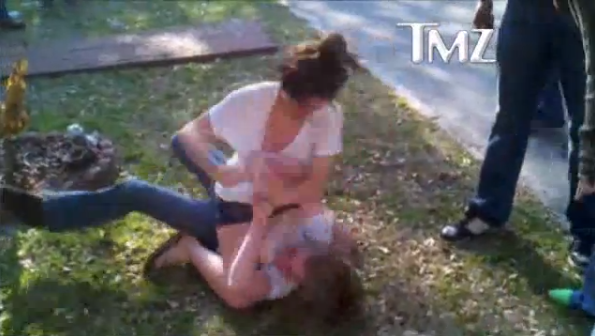 We all knew that Jenelle from Teen Mom 2 was not only white trash, and a bad parent as well…but this video just took it to the next level. TMZ got a hold of this clip of the young mother beating the living crap out of some other girl. What was the fight over? We’re not exactly sure, but we can say with complete certainty, that we’ve never seen so many punches landed in a cat fight – right in the face, too.

The Brunswick DA is launching an investigation into the incident, but luckily Jenelle’s mother has legal custody of her son, which should prevent a huge child safety fiasco. We don’t want to seem trashy, but we figure this is just too much pop culture gold to pass on. Check out the video after the jump.