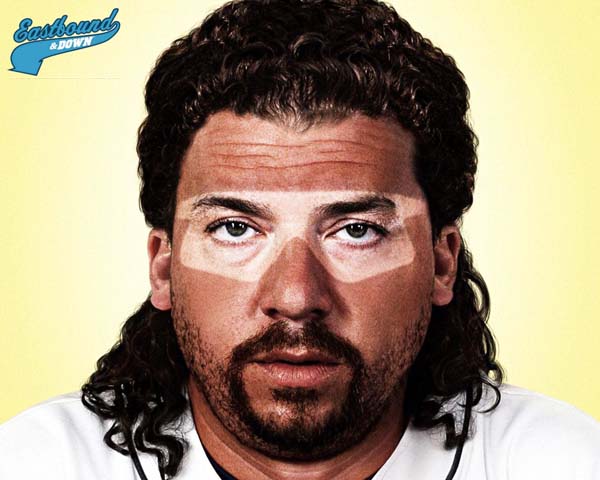 The Winter TV schedule is underway and surging. Winter may not be always as exciting as fall or summer, but for some reason, TV decided to go for a huge splash this season, and from what we’ve seen so far with the shows that are on and the shows that will be on soon, winter 2012 is looking to be one of the best winter’s yet. Need some pointers? Check out our top 10 picks and watch every single one of them. This is a TV revolution.

For those of you who have been having withdrawals from Summer Heights High, your jonzing is officially over. Chris Lilley writer/creator/director is back on HBO with his new series Angry Boys. Angry Boys which is four weeks into its season at 9pm on HBO brings the same over the top comedy of Summer Heights High. Lilley plays 6 characters ranging from Daniel and his deaf twin brother Nathan to Japanese skate mom Jen Okazami who purposely has made her son gay to market skateboarding brand “gay style” which includes all type of penis shaped merchandise. You cant leave out character S.mouse a rapper whose hits include ” smack my elbow’ and ” grand mother fucker”  from L.A whose on house arrest for shitting on a LAPD cop car and posting it to the internet. If you liked Summer Heights High you will definitely like Angry Boys as it is just as weird and outrageous.

HBO newest drama Luck premiers this Sunday January 29th at 10pm, produced and directed by David Milch( Deadwood and NYPD) and Michael Mann the series which starts Dustin Hoffman and Nick Nolte may be HBO’s next big hit. The series brings you into the world of horse racing and gambling giving you and in depth look at everything from the owners, jockeys, trainers, industry leaders to the compulsive and degenerate gamblers who hit the track every day, feeding their addiction and trying to win big. We think this could be HBO’s next big hit and after Boardwalk Empire got weird with the whole incest thing. HBO could use a big new drama.

JJ Abrams creator of Lost has a new show at 9pm on Mondays at Fox. Based around the storied and shutdown prison Alcatraz the show follows in the tradition of Lost as all of the 302 prisoners who were in Alcatraz when it was closed back in the 1940’s mysteriously return. The show stars Sarah Jones and Jorge Garcia (Lost) as  they uncover a murder done by the first prisoner to return. Alcatraz is currently two episodes in an so far its moving a little slow so we are still up in the air on what we think. Given that it’s JJ Abrams well give it some time to play out as it has all the makings of a new Lost.

The Showtime series just started its second season. After an outrageous and entertaining first season we’re looking forward to this one. For those of you who don’t already know, the series stars William H. Macy a degenerate raging drunk and his dysfunctional family of 6 kids, the Gallaghers, who have to fend for themselves to get by. The family is held together by Emma Rossum’s character Fiona, the older sister who tries to keep her siblings in line while dealing with Macy’s degenerate drunk lifestyle.  The show has both the best elements of drama and comedy and it also doesn’t hurt that you get to see Emma Rossum naked almost every episode. We highly recommend checking this show out Sundays at 9pm and catching up on the first season, on demand.

Entering its third season, the original series from Starz, Spartacus, premieres this Friday, January 27th.  Spartacus, which is a mix of blood soaked action, pure sexuality and drama is a can’t miss. The show revolves around the world of gladiators in ancient Roman times as they fight in the arena to try to win their freedom from slavery. The 3rd season begins as Spartacus and his fellow gladiators escape from the slavery of their gladiator school and begin a rebellion against the Roman republic. With plenty of action, blood, violence and about half of each episode being soft core porn, we recommend tuning into this show.

The NBC show that is scheduled to air sometime this Spring starring Harry Potter’s Jason Issac has a really cool premise that could be a breakout hit. Issacs plays Detective Michael Britton who after a tragic car accident now  lives in two separate realities – one where his wife  survived the car crash and his teenage son  dies, and one that’s the opposite with his son surviving and his wife dying. And all he does to involuntarily switch back and forth between the two worlds is close his eyes at night and go to sleep. There’s not set date yet on when this will premiere but there’s no denying it looks like it could be something amazing.

The new Showtime series premiered after the new year  focuses on a team of high-end management consultants who fast talk and swindle the 1% out of everything they have. The series stars Don Cheadle as the main character and also Kristen Bell.  Cheadle is the star of the show and head of the team, as an unorthodox and brilliant management consultant who thinks nothing of conning the corporate  executives out of their money. The show may be Showtime’s next big hit as Cheadle and company bring lots of laughs with their work hard/play hard style and plenty of womanizing in the mix.

Unsupervised is FX’s new animated series, that they’re attempting to pair with Archer on Thursday nights at 10:30. The show comes from co-creators David Hornsby, Rob Rosell and Scott Marder who are all from Its Always Sunny’s at Philadelphia and stars Justin Long and Kristen Bell lends their voice to the show. The show follows two teen kids left abandoned by their parents and left at home to fend for themselves. They do what any teens left at home alone do: party, drink, try to have sex with girls etc..  The show is two episodes in right now and so far hasn’t lived up to Archer or any of the hype you would expect from an Always Sunny produced show.  I suggest giving it a few more chances based on the Always Sunny pedigree and that FX has a good history with recent shows.

I Just Want My Pants Back 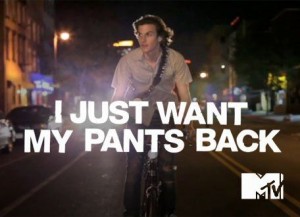 MTV’s new series coming out February 2nd by creator David Rosen following hipster Brooklyn 20-something’s trying to find love and dealing with life after college and all that bullshit. The series is an adaptation  of the book and a non-reality show from MTV which seems rare these days. I’m not completely sold on it but well have to watch to see if it’s any good.

Eastbound and Down is premiering its 3rd season soon and if you haven’t already heard about or seen this show, then you suck. The comedy stars Danny Mcbride as Kenny Powers a former professional baseball player who drank and sniffed his way out of the game. Powers and his semi retarded sidekick Stevie are back in Season 3 as Kenny is in Myrtle Beach trying to break back in the minors trying to get back into baseball. The show is a cant miss and the new season starts Sunday February 19th.

Would you Kill a Kid to Sell a Wii U? (Video) 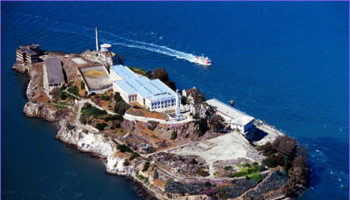