Brought to you by Dick’s Cottons sunglass and apparel company.  As seen on The Jersey Shore and every cool kid you know. 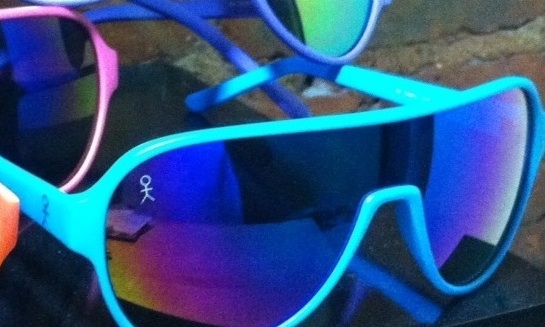 They say the eyes are the window to the soul, so it goes without saying that the masses are intrigued by those who hide their eyes behind dark sunglasses. They are automatically more mysterious, memorable, and uncanny than your run-of-the-mill human being. Long story short: They’re characters and all of them are remembered for their unique and iconic sense of style, but today we’re just focusing on the sunglasses. Check out our picks for 10 famous people, fictional and non-fictional, and the shades they made famous. Sad to say, but us mortals will never be able to rock them as well. John Belushi and Dan Aykroyd, otherwise known as Elwood and Joliet Jake Blues, popularized these babies all the way back in the 70’s, and since then wayfarer knock-offs have become a staple of Bar Mitzvahs all across the country. The fad died off for a number of years, but everyone knows that fashion trends are cyclical, and in the past few years these dark, plastic-framed shades have made a comeback in a serious way, partly thanks to hipsters. 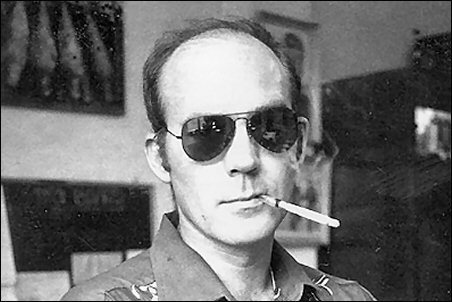 Journalism generally isn’t the most badass of career choices, but mix in drugs, alcohol and the 60’s, and you get the legendary Hunter S. Thompson. Thompson hung with Hell’s Angels, ate acid with The Beats, and traveled to Vegas in the heat of a wild drug binge that could only be recreated by Johnny Depp in Fear and Loathing in Las Vegas. Anyone whose ever dressed up like Hunter for Halloween knows there are three key ingredients: Fedora, Cigarette Extender Thing, and the Aviators. Thompson wouldn’t be Thompson without them, and no matter how hard the Hipsters try, nobody looks as cool. 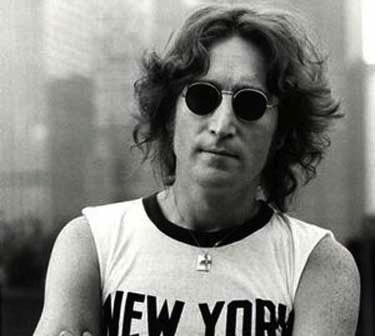 The most famous member of the most famous band of all time. What else is there to say about John Lennon? The Beatles invaded America in 1962 and never stopped buzzing until they broke up in 1968. Lennon famously said that The Beatles were bigger than Jesus, and when someone did the math, he was right. In the beginning, it was the suit and the bowl-cut, but near the end, it was all about the shades. I just discovered today that they’re called Windsors, but if you said John Lennon sunglasses to just about anyone in America, they would know exactly what you meant. That’s how you know when a dude knows how to rock them. 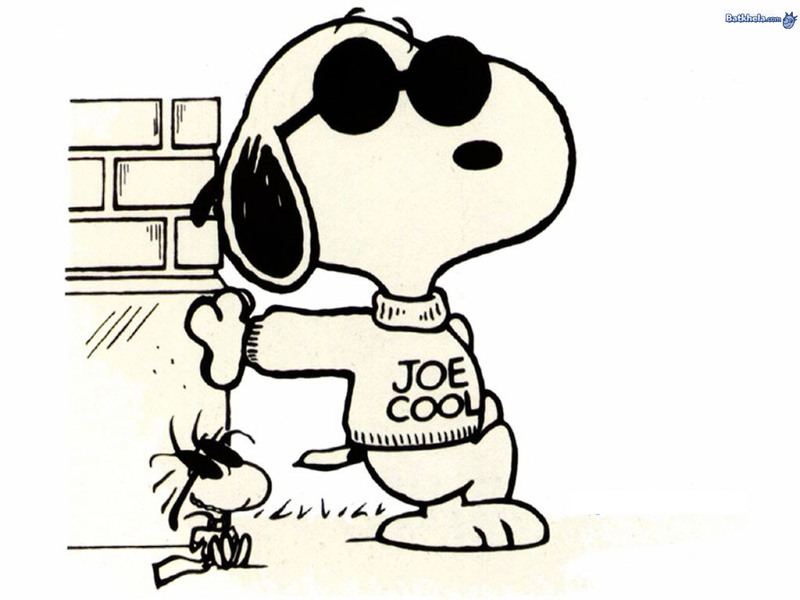 The cast of Charlie Brown definitely aren’t the picture of coolness, but Snoopy always had a little bit of swag, even more so when he transformed into his alter ego, Joe Cool. All he had to do was throw on his iconic Beatnik style Sunglasses and hang out by the Student Union Building, and the transformation from regular everyday dog to the coolest dude on the block. I’ve tried this many a time with my Ray-Bans but it just isn’t the same. 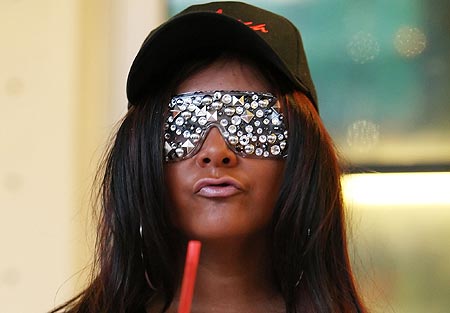 When I think about how many times the word Snooki is mentioned on this website, I vomit a little bit in my mouth. In any case, ridiculous sunglasses are all the rage nowadays and Snooki gets extra points for rocking the most ridiculous pair we’ve ever seen. The jury is out on whether that’s real ice or not, but either way, nothing says i’m a club rat with no class like blinged out shades. Whoever designed those surely had Snooki and the State of New Jersey in mind. 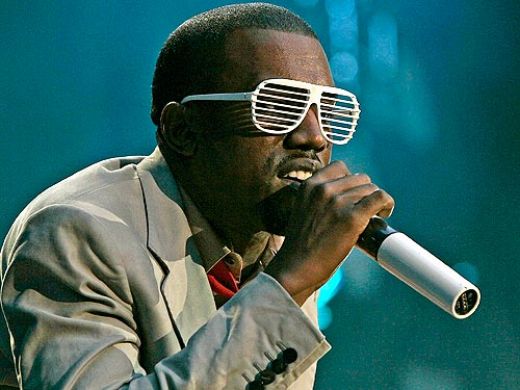 Yet another Bar Mitzvah staple turned trend. These completely pointless sunglasses have existed for many, many long years, but no one could ever find a practical use for them. They don’t block out the sun, but instead impair your immediate vision and make you look like you walked straight out of an episode of The Jetsons. But when Kanye West decided to rock them for his “Stronger” video, they finally found cultural relevance. Well done, Ye. 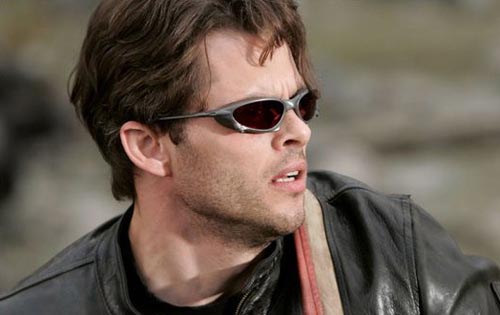 Oakleys were a big deal before the X-Men movie even came along – but James Marsden’s Cyclops only made them a bigger deal. The mutant freak even got his own signature pair called “X-Metals.” Perfect for keeping super-powerful laser beams contained in your face. While I can’t really explain where the Oakley trend first started, I can say that it has definitely stood the test of time: athletes, celebrities, and normal people still shell out lots of dough to look like mirror-eyed aliens. 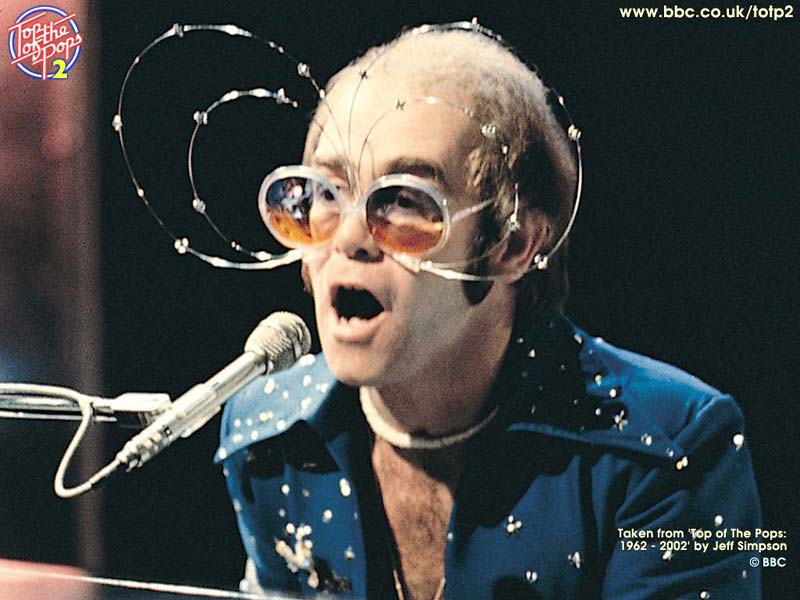 Not the manliest sunglasses ever made and certainly not the manliest dude, but Elton John’s Piano Players need to be mentioned. At one point in time, Elton John was actually considered to be pretty cool and he managed that reputation even with the sunglasses. That’s respectable in my book. 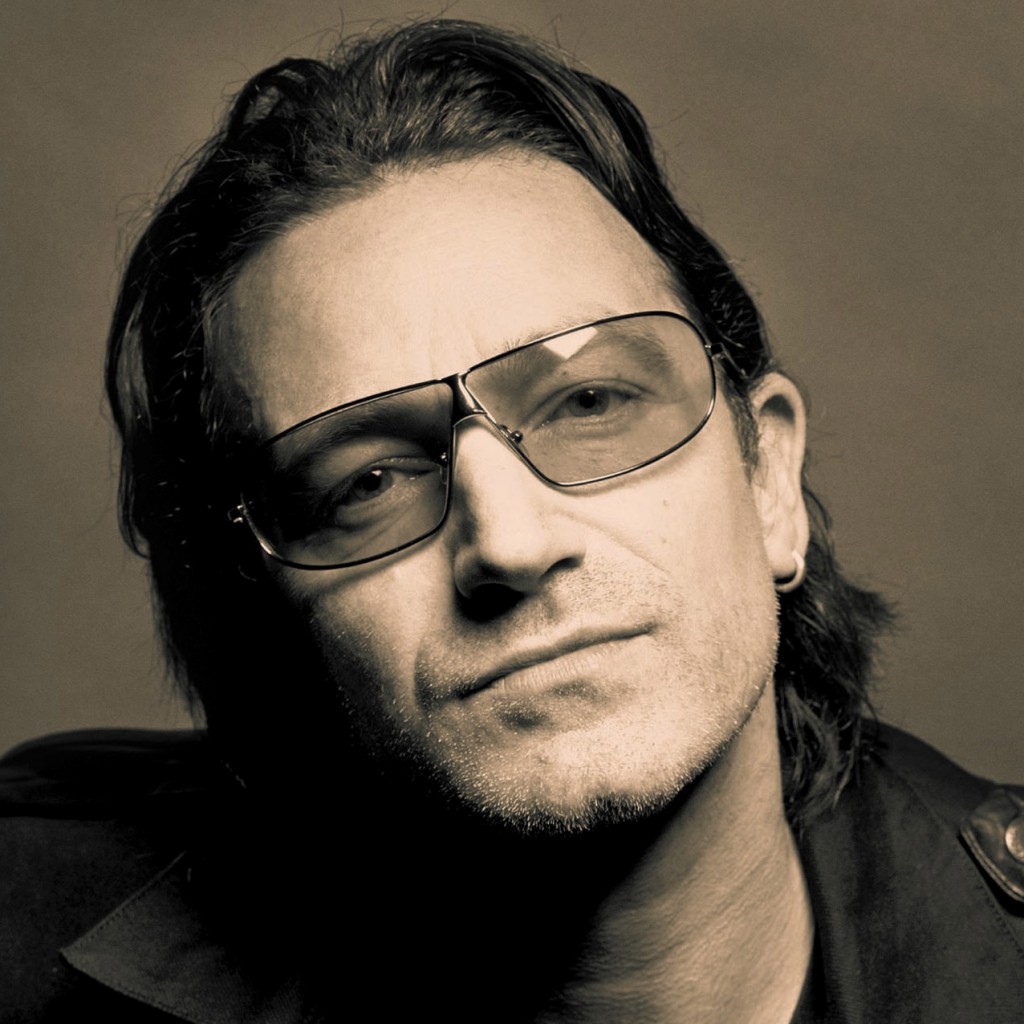 Okay, so I realize that no one really likes Bono nowadays. I definitely don’t like him or his slick hair, and don’t get me started on his infinite array of Emporio Armani sunglasses in weird gradients of yellow, brown, and douche. But you gotta give it to the guy, he certainly knows how to be recognizable – he literally never takes those babies off. Indoors, outdoors, formal functions, casual hangouts: the guy really rocks his gimmick. 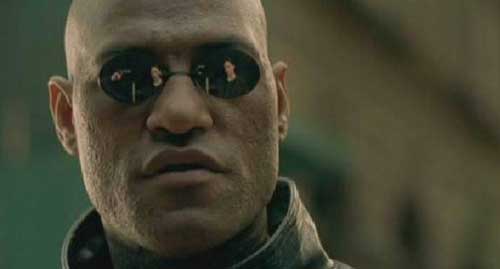 Oh come on, like you didn’t see this one coming. Everyone knows that the coolest part of The Matrix wasn’t the digital effects or the eerily plausible concept, but was actually the freaking dope sunglasses. Every single person in that movie wears sunglasses, and I’ll tell you why: humans tend to blink like idiots when they shoot off automatic weapons, and since most of the movie is muzzle flares and bullet shells, the actors had to wear shades to keep from looking like seizure victims. Morpheus’ sunglasses, which lack any kind of facial support, are by far the most memorable.

Neatorama Presents: The Bacon Wallet – The Tastiest Thing You Ever Had In Your Back Pocket 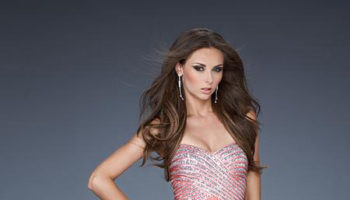 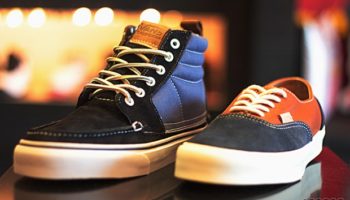 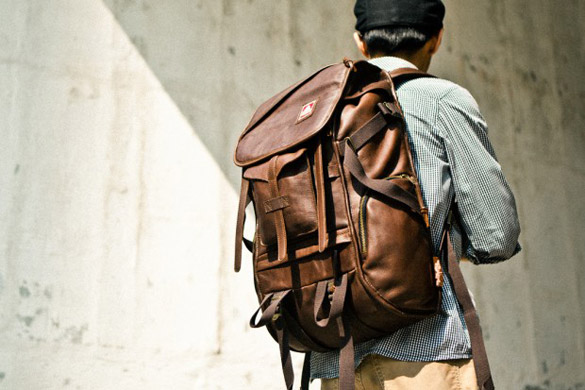