The 20 Best Sports Illustrated Swimsuit Covers Of All time 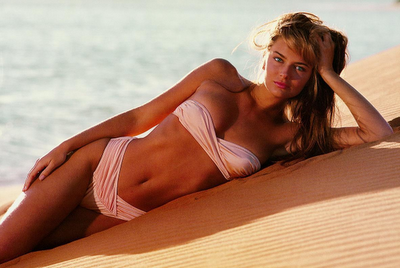 Kate Upton is the latest bombshell to make it onto the cover of the Sports Illustrated Swimsuit addition. She was well deserving of this distinction and anybody else would have been extremely disappointing. So, we felt it was only appropriate to take a look down memory lane at the hottest 20 girls to grace the cover of Sports Illustrated. 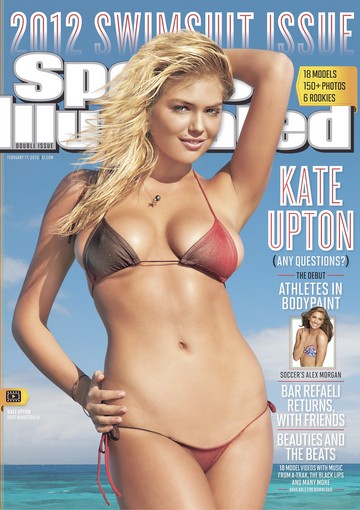 Could we really start this gallery without first showing Kate Upton? She’s the latest addition to the Sports Illustrated Swimsuit sorority. Quite possibly the hottest. 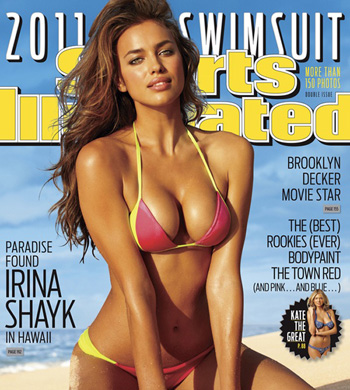 Irina Shayk was born in Russia so I am sure she can down shots of Vodka like a champ. I’m getting antsy just thinking about it. 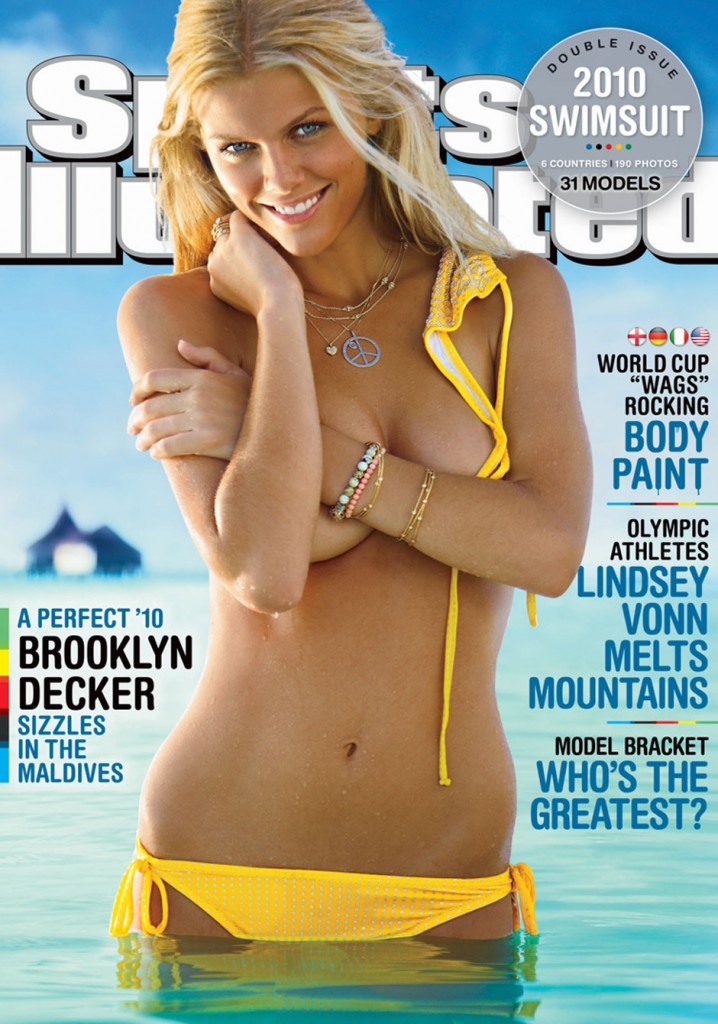 Andy Roddick is unlucky to play tennis in an era that involves greats like Roger Federer, Rafael Nadal, and Novak Djokovic. On the other hand, he is super lucky to have super model wife Brooklyn Decker by his side. 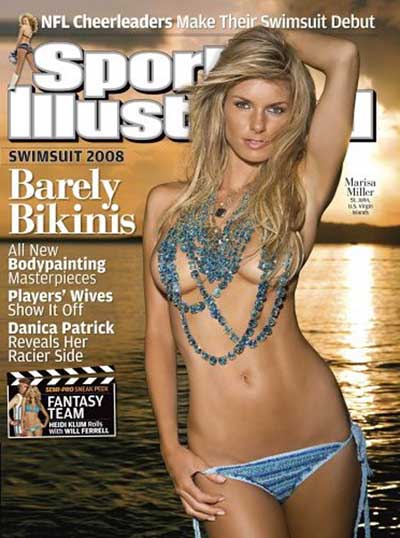 Taken on the beach in the U.S. Virgin Islands, Marisa Miller is anything but a virgin. We hope. 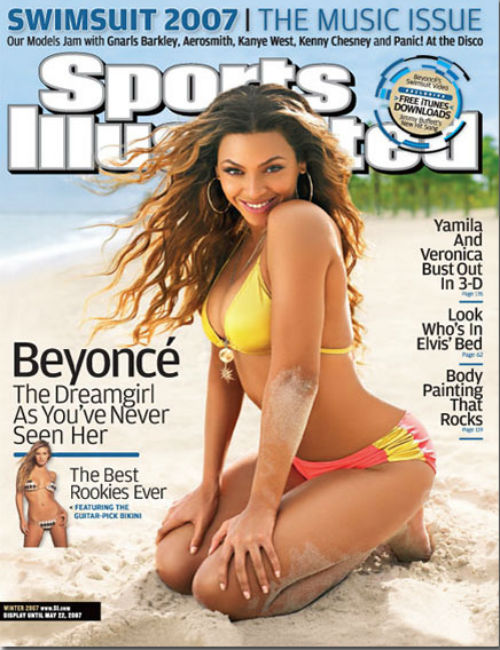 Ok so Beyonce techincally isn’t a model, but was anyone really complaining when they saw photos of the one time Destiny’s Child star in smokin hot bathing suits. 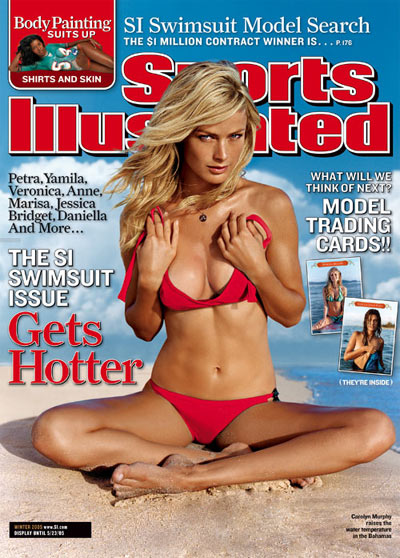 Carolyn Murphy, an American supermodel born in Florida is everything you could want in a blonde bombshell. 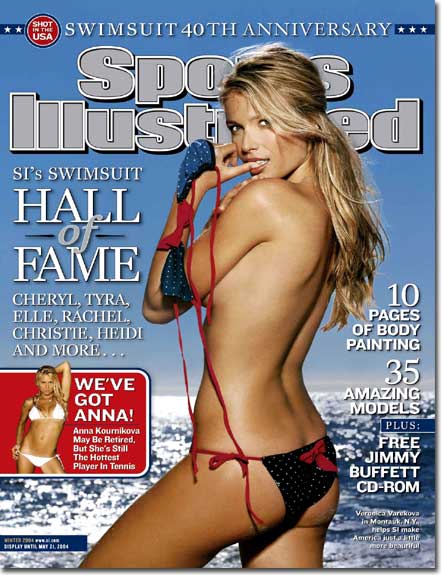 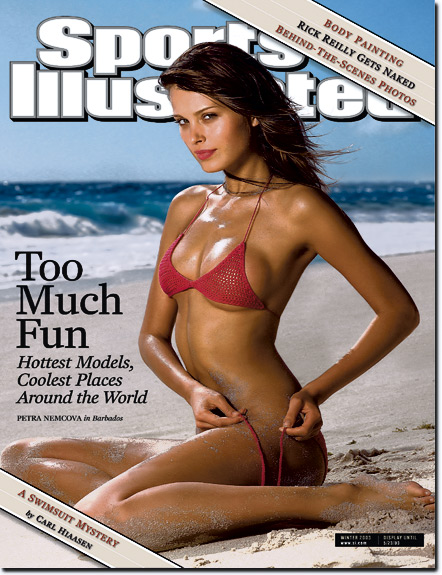 2003 was headlined by beauty queen Petra Nemcova who dazzled the cameras in her red swimsuit. 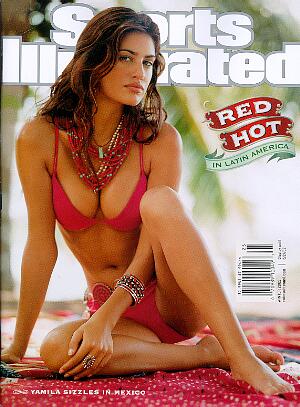 Speaking of red, Muy caliente is about the only Spanish I know thanks in large part to the red hot supermodel Yamila Diaz-Rahi posing in Mexico. 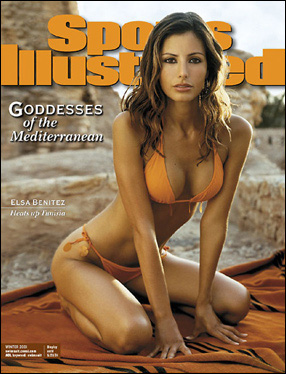 Goddesses of the Mediterranean is an understatement. Elsa Benitez in her orange bikini and on all fours could make a grown-ass man drool. 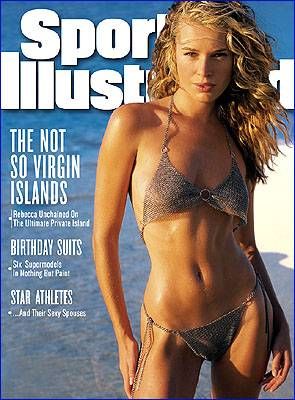 Once married to the Full-House actor John Stamos, Rebecca Romijn remains one of the hottest actress ever to be the face ofvSports Illustrated. 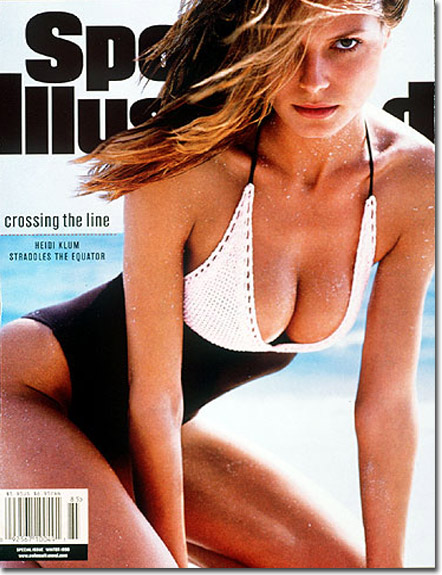 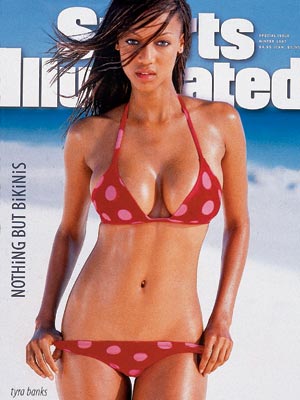 The Bahamas was the sight that hosted Tyra Banks and her photo gallery in 1997. Tyra’s lost a couple of steps since then, but hard not to look at this cover and think of any word but WOW. 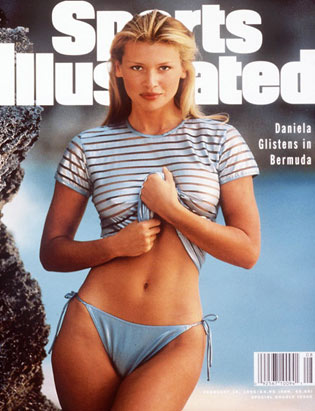 We were torn between which Daniela Pestova photo shoot to use. The iconic images taken in Bermuda of 1995 narrowly squeaked by her beautiful poses taken in the year 2000. 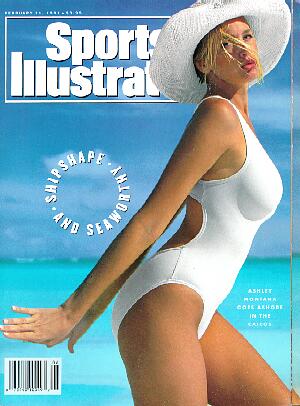 Ashley Montana (no relation to Joe Montana) did have a brief stint with John F. Kennedy Jr. and uou can see why, after looking at her 1991 cover shot, looking as gorgeous as ever in a white one piece bathing suit. 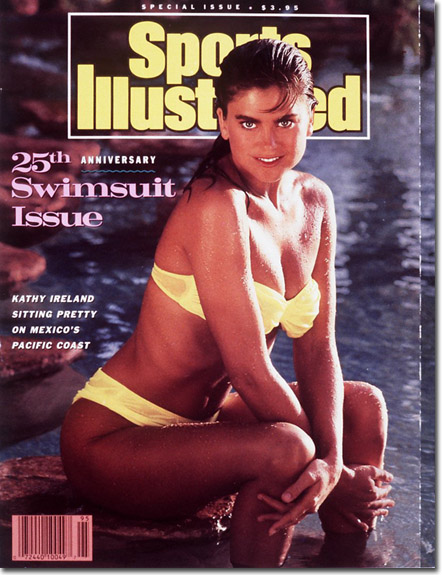 The best selling Sports Illustrated Swimsuit issue was the 25th anniversary special featuring Kathy Ireland on the cover in 1989. 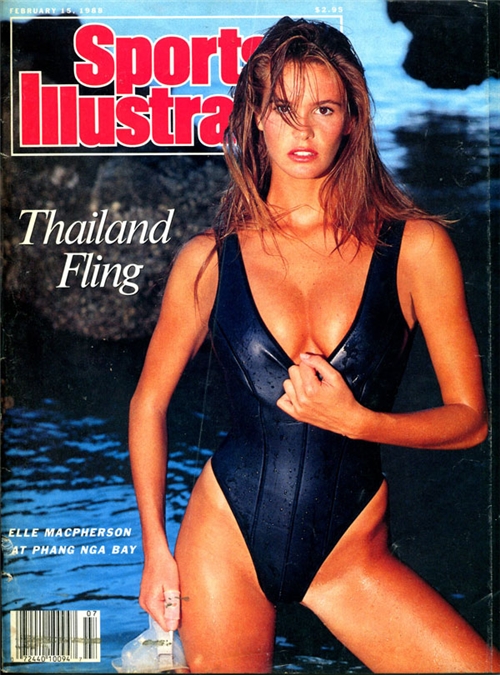 1988 was the third year in a row that supermodel Elle Macpherson was featured on the front page taking photos on the shores of Thailand. 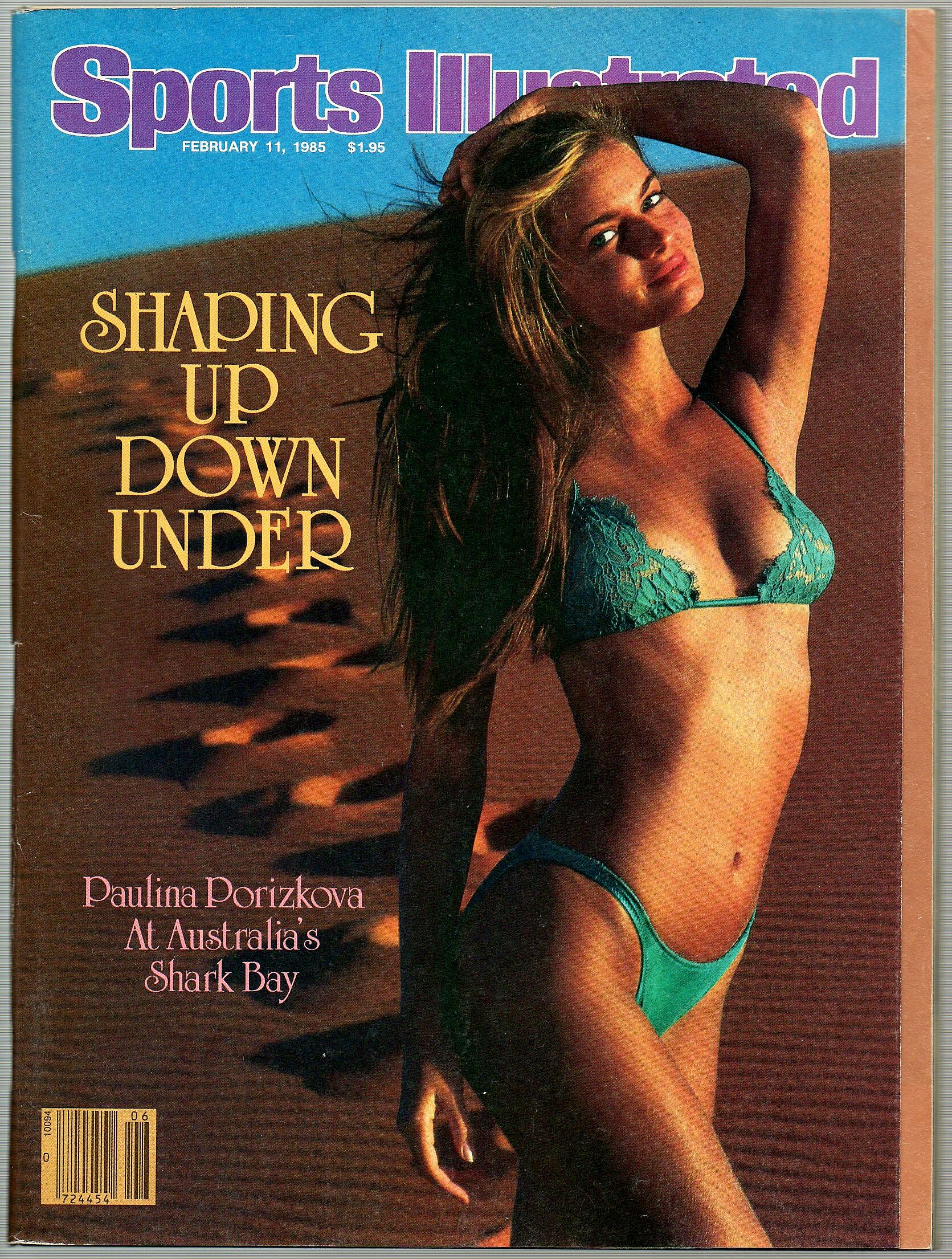 1984 was when the world was introduced to hotty Paulina Porizkova. In 1985 she reappeared on the cover showing off her body in the land down under. 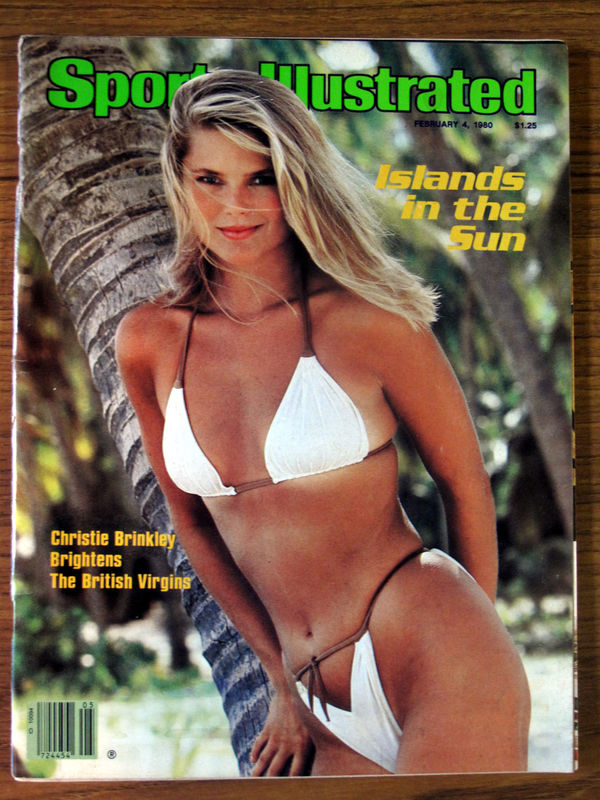 Billy Joel’s one time Uptown Girl was on the cover for 3 straight years. Christie Brinkley could easily be in our gallery three straight times but we wanted to spread the love and choose her 1980 cover shoot. 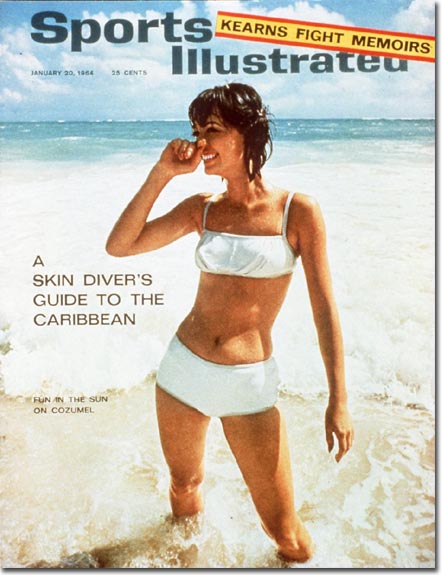 We had to give a shout out to the original cover girl who started it all. Babette March in 1964 was the first girl to start one of the best traditions known to mankind.

Kate Upton Swimsuit Cover Is Good. In Motion Is Even Better

Twisted Metal Is Back For More Carnage