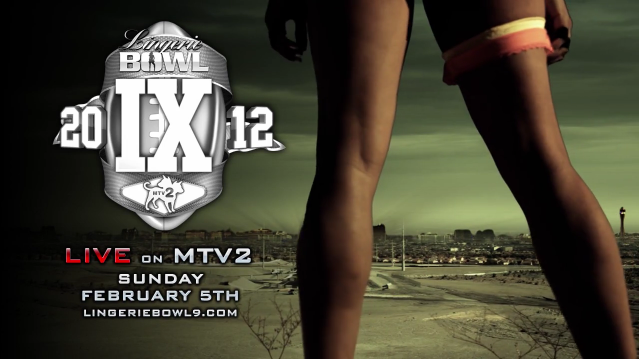 Given the fact that the Super Bowl (or men’s Lingerie Bowl) matchup this year will most-likely be between two teams stationed barely Southwest of Maine, I can imagine all the people living in the kinds of towns with High School Sports “Complexes” are going to be a little irked. Good thing there’s a sweaty, feisty, tanned alternative for men of all regions at half time. The only event where women of questionable Football skills but amazingly curvy physiques suit up in as little clothing as possible, a couple of pads, and start banging into each other at full force is back. The Lingerie Bowl is here again.

LFL Films just released this Director’s cut trailer and it is both awesome and really sexy. The girls are shown “in uniform” on the magnificent backdrop of the Eldorado Canyon doing what they do best: looking pretty in minimal gear. Plus some raw footage. If you’re not psyched now, you will be after seeing this. Tell your girlfriend to go watch the Puppy Bowl. Then sit back and enjoy.

New Era By You: Finally You Can Make A Custom Flat Brim