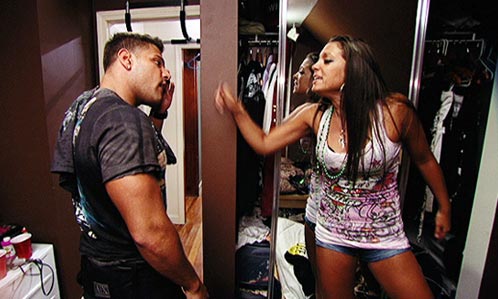 Reality TV has given us something we were never privy to before, watching real people’s relationships develop, unfold, and unravel from the comfort of our living room couch. Scripted television and soap operas are what we had to look forward to and rely on when it came to snooping on people’s relationships and judging them. But now with reality TV being bigger than ever and more people trying to get their 15 minutes of fame, on-screen and real-life romances are fusing together. Audiences are watching real people break-up and hook-up, and we can’t get enough. Even if they are the worst couple on TV, it’s hard to change the channel.

So who are some of the worst reality TV couples of all-time? The ones who made you yell at your TV for them to break-up already and move on. Here’s five of the worst couples who I couldn’t help watching each week. 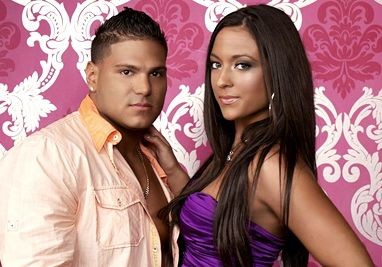 One of the most pathetic couples on reality TV, Ronnie and Sammi have proven that if you fall in love at the Jersey Shore, it won’t be pretty. MTV has documented their relationship from the day they met, through their many break-ups and make-ups, and everything in between. Ron’s asshole is bleeding, let’s film it! Sam is crying because Ronnie controls every aspect of her life, pure gold for ratings!

But most respectable girls would probably dump their boyfriend after watching him triple kissing two hos in Miami on national TV. Or when he tore your room apart in a fit of (roid) rage because you talked to another guy, even though you were broken up (for the ninth time that week). But not Sammi, she likes to stick around and endure the abuse, fights, and inevitable make-up smush sesh. Can you blame her? He’s 5’6 and is the only one who can make Ron-Ron juice!

But MTV, we have had enough of these two tan guido lovers. I can’t stand to watch these two break up and have Sam declare that “it’s over” and “we’re done” only to be followed by Ronnie crying and Sam welcoming him back into her toned arms. So please, either be together or don’t. But for all parties involved, including the millions of people who watch you on TV, it’s time to break up. 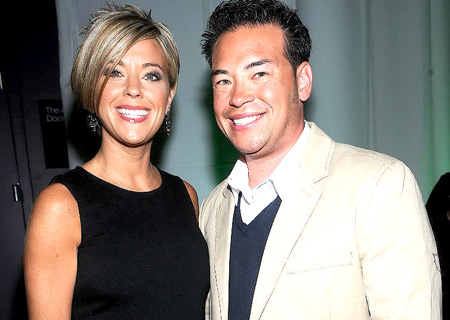 When the reality show “Jon and Kate Plus 8” first aired, Jon and Kate weren’t interested in being on the covers of magazines or gaining fame, they just wanted financial help with their 10-person family. And already having filmed a special based on Kate’s pregnancy with sextuplets, the reality show as a second income made sense for a couple with eight little mouths to feed and eventually send to college.

But it wasn’t long before their marriage deteriorated in front of our eyes. What was once a little show on TLC chronicling the lives of a big family living in rural Pennsylvania, turned into the country’s favorite reality soap opera to watch every week. There was Kate screaming at Jon every chance she could get, Jon allegedly screwing the nanny, and the kids looking worse for wear with each episode. Sure, TLC and their hit show provided them financial stability and a new home that could fit them all comfortably, but as filming continued things only continued to get worse.

The two eventually divorced, and fought it out in the media, with everyone from their family members to their security team speaking out about how Jon and Kate’s marriage was unfixable. Kate went on to do “Dancing with the Stars” and film her own show “Kate Plus 8.” Jon went on to date someone half his age, buy a sports car, and try his hand at being a pseudo celebrity. And the poor kids will probably go on with a lifetime of ridicule and pain, all because their parents wanted to be on a reality show. 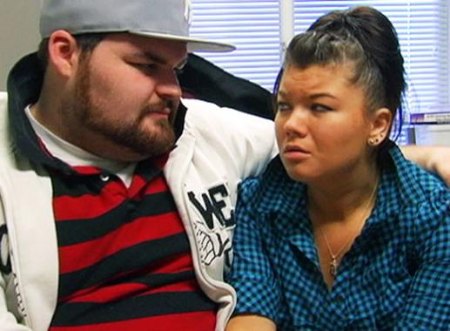 MTV opened up their casting process in a whole new way when they introduced the show “16 & Pregnant.” Instead of looking for wild party girls and down home country boys to fill their reality slots, they went out looking for young girls who got pregnant young and unexpectedly. And one of their best casting decisions (for ratings purposes) had to be Amber Portwood.

The no-shit taking, boyfriend-hitting, self-tanner loving Portwood proved that even if the cameras were rolling, she wasn’t going to censor herself or her relationship with baby daddy, Gary Shirley. Amber and Gary’s daughter, Leah, wasn’t planned and shortly after her arrival, Gary proposed and Amber said yes. Because who could resist him or the fifteen dollar Wal-Mart ring.

Amber and Gary’s relationship took a turn for the worse during filming of “Teen Mom,” a spin-off of “16 & Pregnant.” The fighting went from playful banter, to serious domestic abuse in front of their young child, resulting in Amber having felony charges brought against her. Note to reality stars: don’t beat up baby daddy in front of 1-year-old while cameras are filming you for all of America to watch, felonies aren’t fun.

Kourtney and Scott – “Keeping Up with the Kardashians” 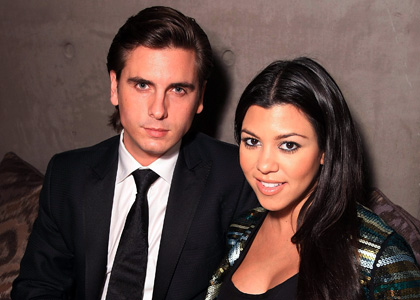 Clothing boutique owner turned reality show princess, Kourtney Kardashian has been seen with one man since the Kardashian’s started filming in 2007, her boyfriend Scott Disick. Cocky Scott liked to wear ascots, pastels, and his hair slicked back, leaving everyone to wonder “how did he land her?”

She seems so cute and nice, unlike the self-obsessed Kim, and like someone who doesn’t take a lot of crap. So why is she with this guy who is constantly a disrespectful bastard who mooches off her? Oh that’s right, Kourt got preggers and now they have 1-year-old son, Mason.

Even though Scott has attempted to change his ways after the birth of their son, he is still a grade-A asshole. During Kim’s birthday in Vegas, he successfully ruined dinner by shoving a one hundred dollar bill down the waiter’s throat and getting into a fistfight with her brother. But alas, no matter how many fights and break-ups and therapy sessions are aired on TV, it doesn’t look like this couple is going anywhere anytime soon. And I’m sure it’s not long before they have their own reality show of their own.

Spencer and Heidi – “The Hills” 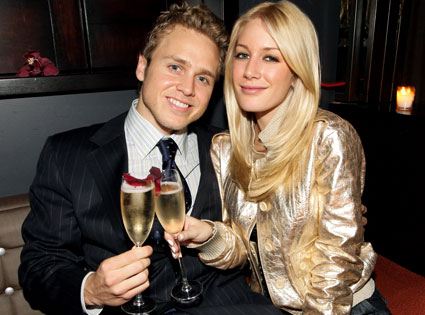 The worst of the worst, Spencer Pratt and Heidi Montag are famous for their time as the most dysfunctional and bizarre couple on reality TV. During the first season of “The Hills,” Heidi met Spencer, a guy with a flesh-colored beard, beady eyes, and no conscience. They fell in love, ruined relationships with everyone in their families, and got married.

Spencer is famous for being the worst reality boyfriend ever, shown scheming behind Heidi’s back with other girls, making fun of her friends and family, and driving everyone close to her away from her and into his arms. Manipulative and controlling, Spencer seemed to put Heidi into a trance and she still hasn’t come out of it.

But now, she has a new body, face, and brain, all re-done courtesy of Spencer and a team of plastic surgeons. The couple once made millions from club appearances, press coverage, and their reality show paychecks, but now the couple is broke and weirder than ever. Spencer became obsessed with crystals and their healing powers and even convinced himself he’s a rapper and released a song. Heidi is a wannabe entrepreneur herself, starting her own clothing line, releasing terribly bad pop singles, and filming her next reality show, “Famous Food” which will air later this year on VH1.

Who do you think are some of the worst reality couples out there? Let me know in the comments!