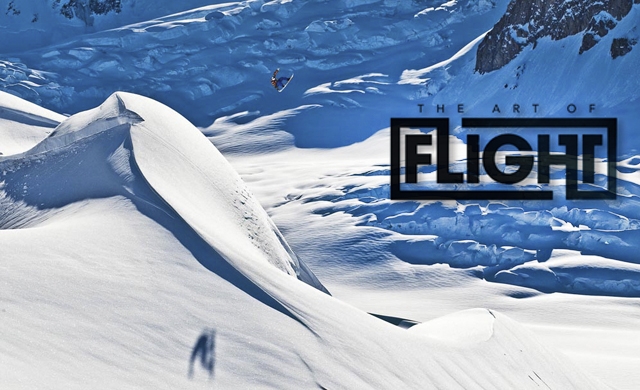 Red Bull might give you wings, but they also make movies about people that might as well have them. Red Bull Media House has teamed up with Brain Farm Digital Media to bring you quite possibly the most epic Snowboarding movie ever made. The Art of FLIGHT follows Snowboarders as they take the sport to new levels with helicopters, new tricks and some of the craziest un-explored mountains on the planet. I’m shaking and all I did was watch the trailer. 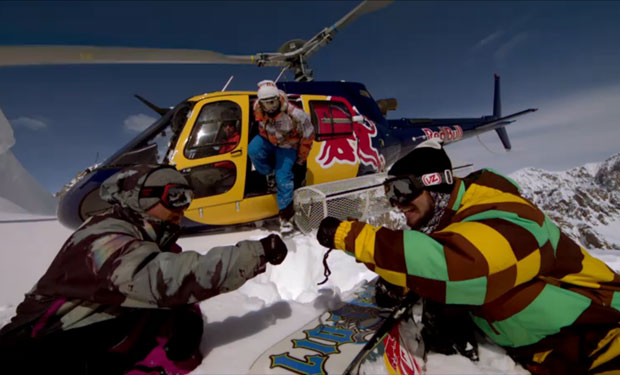 Basically, producers approached legendary snowboarder Travis Rice and told him to use their resources to make the coolest Snowboarding movie he could dream up. What he did was gather all his partners in crime, a couple of helicopters and some cameras, and went to mountains that were previously thought of as impossible to board…and boarded them. The movie features big name snowboarders including John Jackson and Mark Landvik, and mountains like Chilean Patagonia’s Darwin Range and Alaska’s Tordrillo Range. The cutting edge of filming technology and tools are used to give the viewer the most immersive experience possible. The filming is done both on the ground, on snowboard, and aerially by helicopter cameras. Not just the Snowboarding either. The cameras follow the boarders along the entire journey allowing the film to penetrate the culture and lifestyle associated with professional Snowboarding. For any extreme sports fans, normal sports fans and basically anyone else, this film is a must see. Check out the trailer below!

“The Art of FLIGHT” premieres September 7, 2011 at New York City’s Beacon Theatre. Buy tickets here! Be sure to follow @RedBullNYC for upcoming information!

Neatorama Presents The Fisticup: Badassery in a Mug

Red Bull Will Make Your Dreams Come to Life 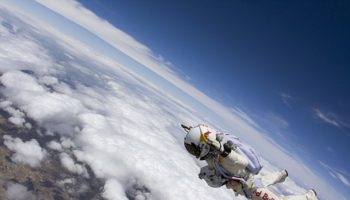