The Brothel Law: Why Your College Campus Lacks Sorority Houses 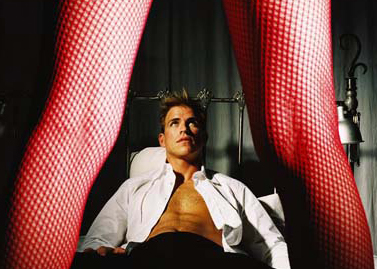 The term brothel dates back thousands of years. In fact, to be perfectly accurate, the word goes all the way back to 4,000 B.C. But let’s fast forward to the 21’st century where Brothels become closer to what adults our age call whore houses. During the 1960’s, law enforcement officials created what was known as the “Blue Laws” which were zoning laws that forbid more than five members of the same gender, who are unrelated, to occupy the same residency.  This rule generally no longer applies to fraternity and sorority houses across the country, but for those of you in certain regions of the United States, It’s possible you are still dealing with these restrictions.  So what makes an actual brothel and your sorority similar enough that they would try to enforce laws against it? Let’s take a look. 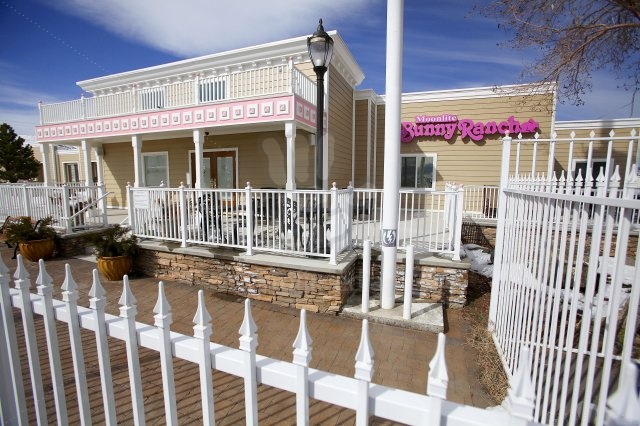 The infamous “Bunny Ranch” is located outside of the City of Sin, Las Vegas, Nevada.  The Bunny Ranch – where we have seen HBO’s Cathouse document the numerous occurrences of men, women and transsexuals being serviced by prostitutes – is located about 7 miles east of Carson City in a town called Mound House, in Lyon County. Mound House is an unincorporated county, meaning that there is so few residents living within this area, they do not even have their own police. In fact, being unincorporated allows this palace of love to escape taxes they would normally have to pay if there were a local government overseeing the area, not to mention, they can operate a little more under the radar of big bad law.

Basically, the ho’s spend their nights knocking boots with any lonely sailor who happens to walk in the door. The girls all split their tips at the end of the night.  Kinda like your job at Applebees, only these girls are a lot better looking than Flo, the bartender. The prostitutes are also required to pay their support staff a small portion of the tips ,and the “madam” takes a larger sum of their hard-earned money.

Unless your paying your house mom a hefty sum of money to keep her mouth shut about the true nature of your sorority house, I highly doubt that there is any type of income flowing in and out of your typical mixer. Lastly, what are the chances of you giving a BJ with a condom on your man? Slim to none! I hate condoms during sex just as much as the next person so don’t you think it would be a little awkward to tell your boy toy that you want to shine his knob with a Magnum Sized Trojan? This is one of the laws that are enforced at the well known Bunny Ranch and if the same goes for your typical sorority house, girlfriend, it might be awhile until your man gets his rocks off. If you were looking to monetize your Sorority house, my suggestion would be to get used to the taste of latex.

The Red Light District In Amsterdam:

One of the sex capitals in the world known for it’s sex tourism and the ability to obtain illicit drugs for recreational use is Amsterdam, Netherlands. Here we have an urban district that is open to the public and lacks any Greek letters that would resemble Alpha Epsilon Phi. How does this lovely tourist attraction work? A bit different than our friends over at the Bunny Ranch. The Red Light District is a specific area that law enforcement has specifically deemed legal for prostitution.

If we look at the origin of how the “Red Light District” conceived its name, you will find that this designated area located in De Wallen, Amsterdam was decorated with red lights to signal to the public that a certain store front was, in fact, a brothel. For those of you who have visited this wild and wonderful place, I am sure you discovered that every hedonistic pleasure you could possibly imagine has a presence. The streets are filled with sex shops, live sex shows and sexual sideshows that will keep the freaks, sadists and masochists up all night, until they are drained of all that is holy…and I am not talking the “Glory Holy.”

After some careful research on Wikipedia, we have concluded that the business models of an ordinary Red Light District brothel can be one of two situations. A “Maison Close” (French for Closed House) is where prostitutes receive a small fixed salary and the transaction money goes directly to the owner of the facility.

A “Maison de Passe” (French for Trick House) is where the prostitute will pay to use the facility and conduct their business while the owner of the brothel is not involved whatsoever in the transaction. I prefer this one to be perfectly honest. You know your money has been invested wisely in to the person you just pummeled, instead of the Maison Close where your dirty money needs to go up the corporate latter.

If you’re living in a Sorority house, chances are that your parents are paying an exorbitantly high amount of rent for a little shack in the ghetto, and all your utilities. My point is, nobody is paying you to live there like in the Maison Close, in fact, you (your parents) are actually being robbed of all your worldly income by heartless landlords. Even if your getting it in on a regular basis, nobody can fault you for losing money to have sex, right? If anything, Sororities are closer to by the hour motels than they are to Brothels. If you are taking money, then yeah, your basically operating a Maison de Passe. But come on, this is college. Nobody is paying your skank-ass for sex. In a desperate situation, your fat house-mate will get it first.

We all now Sorority House’s see a lot of risque behavior in their time, but at the end of the day, if nobodies taking money (and most likely not using condoms either), how can you call it a Brothel. Yet somehow schools like Penn State, Loyola, University of Chicago, and Tulane are basically not allowed to have Sorority Housing. My suggestion girls, if people are going to call you a brothel anyway, might as well make some money right? Ok, maybe I won’t go there. Stay strong Sorority chics. Fight unfair gender-biases and antiquated town hall laws. If you wanna live in a house with 4 of your gal pals, and get it on til the break of dawn, that should be your choice. Just don’t take any money for it, unless it comes in the form of dinner and a movie.