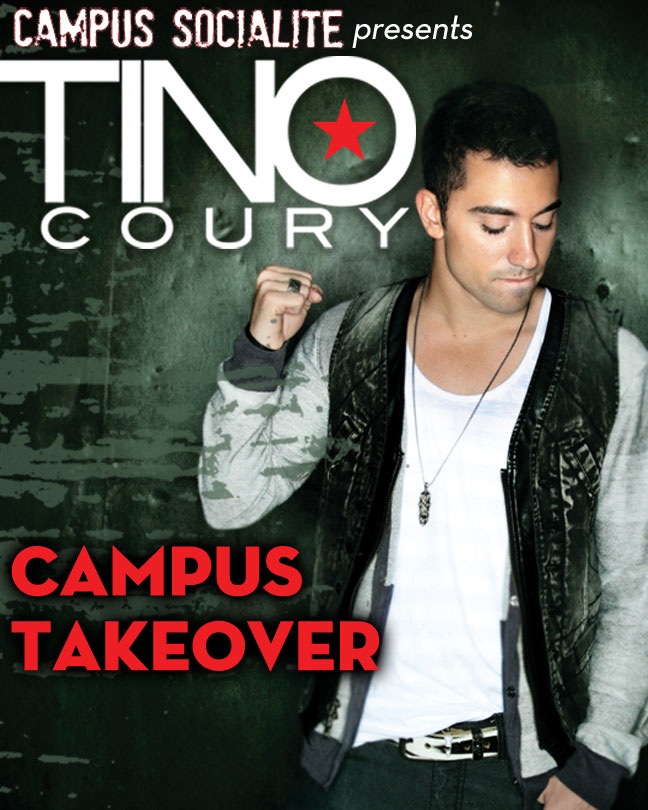 One of the hottest upcoming artists in the game, Tino Coury, has climbed the Top 40 Dance Club charts and is now coming to your campus. Tino will launch his “Campus Takeover Tour” this February and could be coming to your school this Spring semester. The Campus Socialite sits down with him for an exclusive interview.

The Campus Socialite: Who are some of your biggest influences musically?

Tino Coury: There have been a ton of artists that have influenced me throughout my life. But the biggest would definitely have to be Blink 182 and Green Day. They really got me inspired to pick up a guitar and start learning how to play.

TCS: What goes into making a hit song? What’s the creative process like?

TC: I think a “hit” song is a combination of many things. It’s definitely got to have great lyrics people can relate too as well as catchy melodies they can sing along to. The production also needs to be very solid. My creative process is different every time. I sometimes start on the guitar and start humming melodies/lyric concepts. Or start on the keyboard and build out some chord structures, then start making a track around that. Or even start with drum programming first. It depends on what I’m feeling or what my inspiration is.

TCS: What was the inspiration behind your first single “Diary”? It seems like a pretty personal track.

TC: Yeah, I’ve been through that situation before where I read something I didn’t expect to read. And I think everyone has had that feeling before. In today’s world everything is in writing. From cell phones/text, e-mail, Twitter, Facebook, etc. It’s very easy to run into a situation and that’s why I think everyone can relate to it.

TCS: How have music blogs and social media networks such as Facebook and Twitter changed the music industry?

TC: I think that social media has definitely made the music industry a much more personable career. I think it is awesome that fans can interact with artists they look up to, and that the artist can get real time reactions to what their fans think. It was definitely a positive change for the industry in my opinion!

TCS: In the past, you’ve performed with Drake, Mike Posner, and the Backstreet Boys, all of which must have been quite the experience. What was the craziest concert you’ve ever performed at?

TC: Performing with all of these well known artists has definitely been a dream come true for me! But I would have to say the most crazy concert I performed at was the show I did with Drake. I performed in front of 13,000 people – biggest crowd to date. It was such an awesome experience!

TCS: Ticket sales are the new benchmark for success in the music industry. Artists are hitting the road more frequently to build their brand. Will you be doing shows in the spring?

TC: Yeah, for sure. I just started my high school/campus tour promoting my second single “Up Against The Wall” and plan on touring throughout spring and summer. All of my tour dates can be found on any of my webpages.

TCS: You’re also a producer and a songwriter. What comes most naturally: singing, writing, or producing?

TC: I like doing all of them but I think writing comes most naturally! 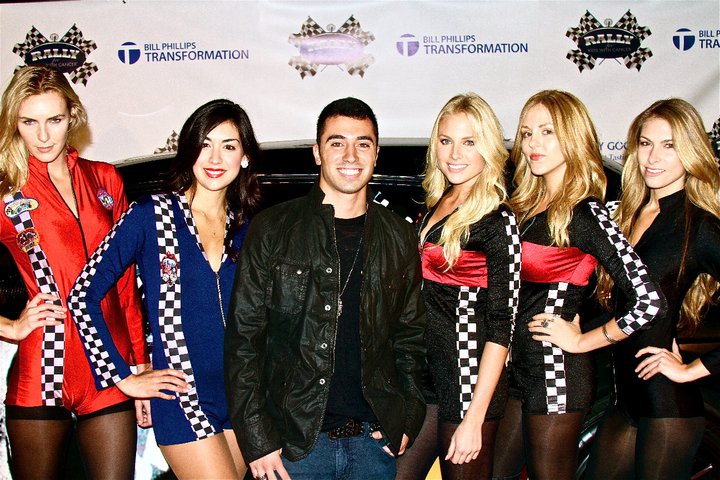 TCS: Do you write or produce for other artists?

TC: Not at the moment, but I definitely want to for sure.

TCS: We got a little taste of dubstep in Britney Spears’s new single “Hold It Against Me.” Do you think we’ll be hearing more dubstep on the radio in the future? I hope so! I think it really gives a powerful vibe to songs.

TC: Yeah you definitely will, that is a great record and you will hear a lot more stuff like it. I did a remix of that track, you guys should go check it out! I did a verse right over the dubstep breakdown.

Diane Kruger, The Most Ridiculous Sky Mall Products, 5 Things You Should Know About Kissing