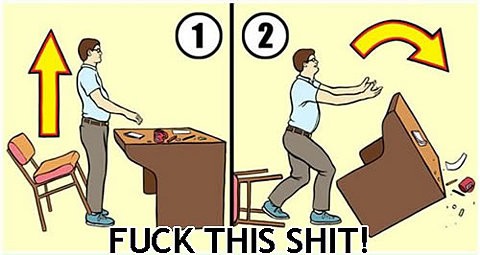 We’ve all had bosses from hell who, despite their roles, are unfit to be in a managerial position. Most people suffer through the bad times for a while before giving a meek two-weeks notice. The ballsy ones impersonate Scarface from Half Baked and give a big fuck you to everyone before walking out the door, like the Taco Bell employee who just had to let the rest of the staff know how he felt. Those people have given us enough entertainment for five epic job resignations. Click the jump to see five people with more balls than a horse. 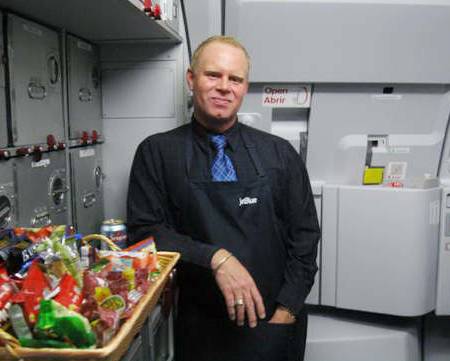 Steven Slater is the fucking man. After arguing with a traveler about their standstill plane at a Pittsburgh airport, Slater grabbed the intercom and said, “To the passenger who called me a mother fucker, fuck you. I’ve been in the business 28 years. I’ve had it. That’s it.” He then grabbed a beer, activated the emergency exit and slid down the slide onto the airport tarmac, and walked off like the motherfucking boss that he is. A year later, he’s definitely not working with Jetblue, but I bet he has no regrets.

I’d be just as excited as this guy to quit my job if I worked at a warehouse. I love how he was walking toward the intercom with a purpose. It takes balls to quit over an intercom. All that’s missing is the word “BITCH!” behind the end of each sentence. “I quit, bitch!” 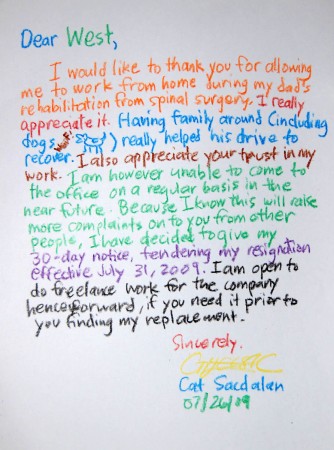 Worse than a shitty boss is a whiny boss — or maybe the two are one in the same. Graphic designer Cat Sacdalan was tired of her boss and other employees complaining about the amount of remote work she was doing. The jealousy was too much for Cat so she wrote her boss a colorful letter with crayon. Hey, if that’s all he deserves then go for it.

This is no angry, Scarface-like video, but it’s epic nonetheless. This Moe’s manager has his friend join him in a short dance before he reveals he’s leaving. Employees and customers alike give him a round of applause at the end. Cute. 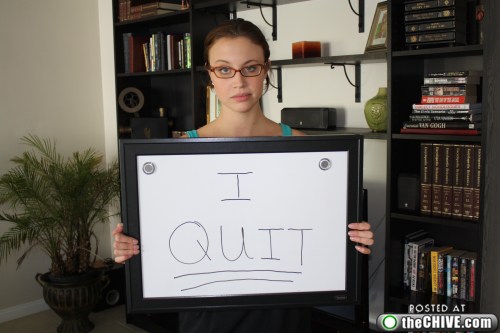 “Jenny” was tired of being her boss’s bitch, so she created a 33-photo slideshow  of her quitting on dry erase board. She emailed the slideshow to the entire office thus making her the best job quitter ever, especially when she calls out her boss. Full disclosure: it was later revealed that this was a hoax albeit an amazing one. If this were a true story, I’d crown Jenny as the queen of job quitting. Fuck “the man”!

Rumors Circulate of Sony & Microsoft Teaming Up For Next Console