The Champs and Chumps Of New York Baseball

By: Greg Silberman (University at Buffalo)

It must be pretty fun to be a Yankees fan. You just watched your beloved men in pinstripes wrap up their 27th World Series Championship. Not only did they do it in incredible fashion, they did it in the brand new, billion-dollar Yankee Stadium. You watched as Alex Rodriguez shut everyone up, having one of the most impressive postseasons in baseball history. But most importantly, you are back where every Yankee fan expects to be, on top of the baseball world.

There is absolutely no reason to believe that the Yankees will not be back in the World Series this October. As the preseason favorites, the Bronx Bombers acquired Curtis Granderson from Detroit, a smooth center fielder with big power. They then went on to add veteran right-hander Javier Vazquez to one of the best starting rotations in baseball.  Of course the bats of Johnny Damon and Hideki Matsui will be missed, but Granderson and former Yankee Nick Johnson will provide just as much production.

Like always, the Red Sox will be tough a matchup, but besides them the Yankees will beat up on their division all year long. As long as they stay healthy, expect them to win 100 plus games for the second consecutive season on their way to another World Series title.

Things are a bit different on the other side of the river. After a tremendously forgettable 2009, the New York Mets had plenty of work to do in the offseason. With a 70-92 record, good for 4th place in the division, the pressure was on the Mets front office and General Manager Omar Minaya to cure the many flaws of the franchise. Although the Mets were able to wrap up all-star outfielder Jason Bay, they did not improve on the most problematic part of their team from last year – starting pitching. With big name arms like John Lackey available as free agents this past summer, Minaya and the Mets needed to make a move for a solid and reliable starting pitcher. Instead, they decided to wait and ended up with an injury prone Kelvim Escobar as their top pitching acquisition. Johan Santana is a fantastic number one starter, one that will go deep into games keeping his ERA under 4.00 all year. However after Santana, the Mets are once again faced with huge question marks in John Maine, Mike Pelfrey, and Oliver Perez.

Offensively, the Mets should not have trouble putting up runs with Jose Reyes, David Wright, Carlos Beltran, and now Jason Bay.  The main problem will be the competition they will face in the improving National League East. The defending league champion Philadelphia Phillies, Atlanta Braves, and pesky Florida Marlins all found success in 2009, and will present many problems for the Mets all year long. Considering the talent they will face and their pitching issues, best-case scenario for the Mets is a .500 season, roughly 81-81. Sorry Mets fans, but another long stressful season is headed your way.

Extra Help On A Friday? 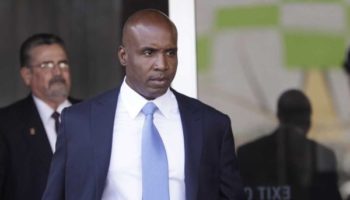