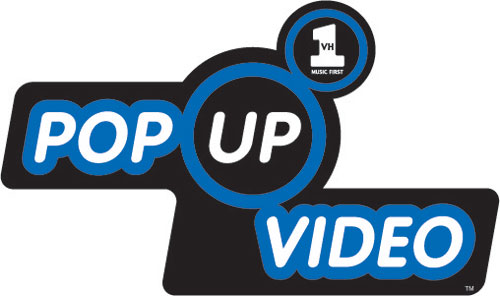 That’s right, socialites: After a decade under wraps, VH1 has announced the release of 60 new episodes of Pop Up Video. For all the kiddies out there who were too young to remember, Pop Up Video was the half hour music video program that slapped you with interesting facts in neat little bubbles as you watched and listened. Each fact was accompanied by the show’s iconic popping sound. More on this after the jump.

But this isn’t your older sibling’s Pop Up Video. The show’s co-creator and executive producer Woody Thompson had this to say: “I have sat on the sidelines for the last decade and watched as everyone…has ripped off Pop Up in some way or another with the Internet coming out of nowhere and Twitter being hauntingly familiar and all of these devices that are using snarky, pithy text.”

So, in some ways, we’ve been playing a worldwide version of Pop Up video for the past number of years. VH1 programming executive Jeff Olde summed it up beautifully: “Our audience has a particular nostalgia for Pop Up Videos, but they’re also seeking more information on multiple platforms. They’re [using social networking] to create their own pop-ups in a way. So we can hit the nostalgia beat but also have it feel like it’s relevant and current.”

So it makes sense that the new Pop Up Video will integrate user-generated content into the program. It is now fully interactive, with new graphics, new videos, but all of the same feelings that the old show brought. VH1 President Tom Calderone said it best: “Pop Up Video has stood the test of time, ranking as one of the most iconic series in recent television history. For years, people have practically begged, ‘Please bring back Pop Up Video!’ It’s a show and format that now evokes nostalgia for VH1’s young adult audience.”

Don’t Forget to Bring a Towel: May 25th is Towel Day