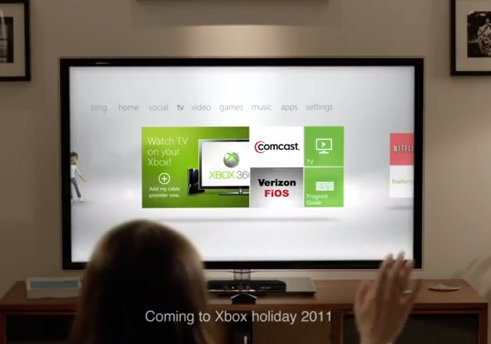 You probably already heard that Xbox360 is adding your cable network to its list of “other shit this gaming console can do,” but now it’s even more official: in inside look at the new function was released in this teaser, featuring annoying Kinect voice commands. I guess that’s useful for the lazy assclowns that refuse to even lift a finger to change channels.

And now the picture is starting to shape up: users with Comcast or Verizon will be able to watch all their regular content using an associated app, and some networks (including HBO, Syfy, and Bravo) will have their own dedicated portals.

Microsoft is even rushing it out for the Holiday season, so tell your parents what you want for Christmas, Hannukah, Kwanzaa, whatever. Now I just wish Cablevision would stop being so douchey and get on board.