I guess LeBron isn’t the biggest jerk that relocated to Miami this summer.

After months of steadfast abstinence from watching the first season of MTV’s Jersey Shore, I eventually caught several episodes of television’s biggest phenomenon. When I first heard about this show, I made it a personal mission to never engage what I believed was a seemingly mindless and conventional reality program for the culturally illiterate. I assumed Shore promoted phoniness and ignorance, and I was partially right. However, by not climbing on board with Snooki and The Situation, I too was demonstrating both of these qualities.

Not watching Shore ultimately made me feel like a phony. I strive to stay aware of what’s going on in media, but I was missing out on the year’s most relevant new show for my generation. I was the ignorant outsider, struggling to keep up with conversations laden with terms like “vibing,” “grenade,” and “The Robbery.”

I was also ignorant for not giving Jersey Shore the credit it truly deserved. The “characters” were addictively (and often embarrassingly) entertaining, and the show’s creators challenged the standard conventions of reality television while capturing the attention of a wide and loyal fanbase.

Unfortunately, a new setting (season 2 takes place in “The City Where the Heat is On”) and the cast members’ growing stardom have stripped the show of what originally made it special.

Shore was different from other “let’s observe a bunch of a random people in a house/on an island/on a race around the world/ etc.” series, because the stars were not random or diverse. They were perfectly similar, which immediately helped establish a real sense of camaraderie between those we were watching on a weekly basis. This is why the show wasn’t as artificial as predecessors like Big Brother and The Real World.

The same cannot be said about Shore’s current season. We are now watching what I call “Surreality TV,” a genre created when reality stars begin transcending the medium. I used to think Mike, Pauly, Ronnie, Sammi, and the rest of the gang weren’t acting at all, but it’s hard to overlook this season’s more scripted feel.

Jersey Shore was once a vehicle for a group of derelicts to be themselves in an environment that was both comfortable and enjoyable. MTV (the acronym’s first letter should soon be changed from “Music” to “Meathead”) essentially created a zoo for these fist-pumping, cutoff shirt-wearing, Jager Bomb-slurping fools. In doing so, the audience members simply became spectators peering into a cage at bizarre animals they could only hope to one day understand.

Now that we do understand them, it appears that cage is broken.

Fall Forecast – Sunny with a Chance of Clogs 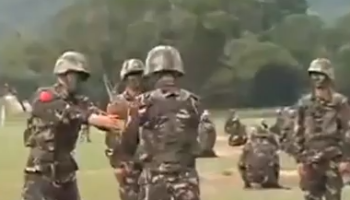