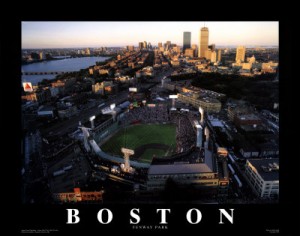 Boston. Whether you’ve been before or not, you know all about Beantown or at least you thought you did, until now. As a proud Masshole, I’ve come up with four “what to knows” if you plan on going to school in Boston. They’re simple to follow and should help make your life wicked easy for the 4+ years spent in the city.

1.Know Your Way Around the T 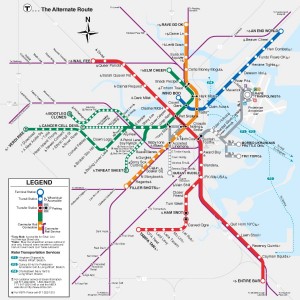 Driving around Boston means parking around Boston, and trust me, you wanna avoid that. Thankfully, the MBTA is here for you. If you’re someone that gets lost easily, then navigating around the T might get rough. However, take it from someone who can’t tell her left from her right, I’ve for the most part mastered my way around the T (and it only took twenty years). Try to figure out where you’re going ahead of time; the MBTA website is for the most part helpful with schedules and maps, but if you know where you’re going it will be that much easier. Even feel free to ask a local which line is best to take. Helpful hint: always remember that “outbound” means you’re leaving Boston. Another tip: if you’re going to be using the trains and buses a lot, buy a Charlie Ticket. It’ll save you money and it makes you look like you belong since you aren’t tossing quarters into the machine. 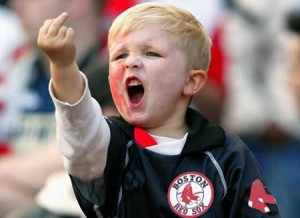 That’s great if back home your favorite team was the Yankees…but as soon as you step into Massachusetts, that becomes completely irrelevant. If there’s one thing Massholes take seriously, it’s their sports teams. We don’t get called some of the craziest fans in the country for nothing! Here, we have the Patriots, the Red Soxs, the Bruins, and the Celtics. If you do have loyalty to another team, I would recommend that you avoid making it known. There’s nothing more annoying to me than riding the T next to someone in a Peyton Manning jersey. For your benefit, keep all those jerseys and hats in the closet. Otherwise, you might be that guy getting reamed on at the bar because you decided to wear your Lakers jersey out. Bad move, my friend.

3. Know You Can’t Predict What the Weather Will Be 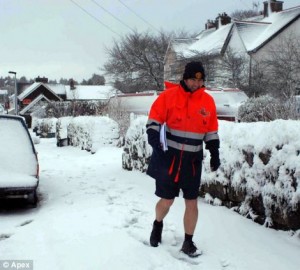 If you thought that living in Boston meant cold winters and hot summers, then you have come to the wrong place. New England weather can NEVER be predicted. It could be sunny and warm one day and the next you’ll be reaching for your winter jacket. Just know if you plan on living in Massachusetts, in general, that you should come prepared. This week alone is proof. We had a massive blizzard Monday, 50 degrees and sunny Saturday, and rainy and cold Sunday. This is very typical. All those warm weather clothes that you thought you should put away… yeah, you might want to rethink that. Be prepared to hate the meteorologists on any Boston news station due to New England’s unpredictable weather.

4. Know Not to Mock the Accent 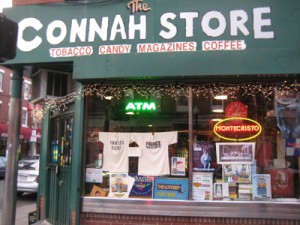 People from Boston are known for their pronunciation of r’s, or the lack thereof. Yes we get it, it’s hilarious. If you want to avoid everyone knowing you aren’t from here, then DO NOT ask someone with a wicked strong accent to say, “Let’s pahk the cah in the Hahvahd Yahd.” Even better, don’t get drunk and suddenly decide you’re a townie and try to do the accent. You will look stupid and people will judge you. On a side note, the longer you spend in Boston the more likely you are going to pick up on some of the lingo and yours might even begin slipping away. Don’t freak out, it’s normal.