The Motto of My Life: “Shit I Gotta Fucking Get Done” Notebooks 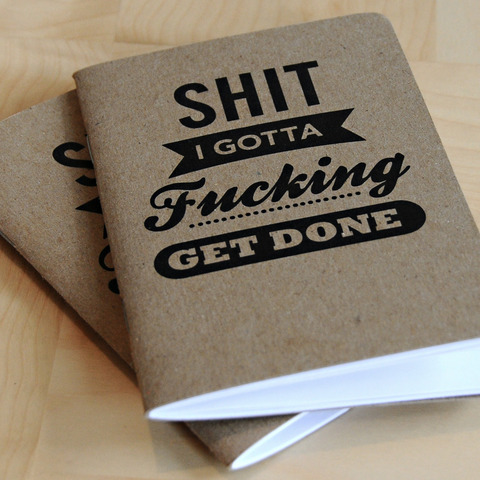 If I had a bunch of these, I probably would’ve been much more motivated during my four years in college. Waking up every morning and picking up a bland Five Star spiral notebook just doesn’t get me psyched up to learn. It doesn’t even stress me into doing the shit I needed to do in order to graduate. Put the pressure on with the “Shit I Gotta Fucking Get Done” notebook. 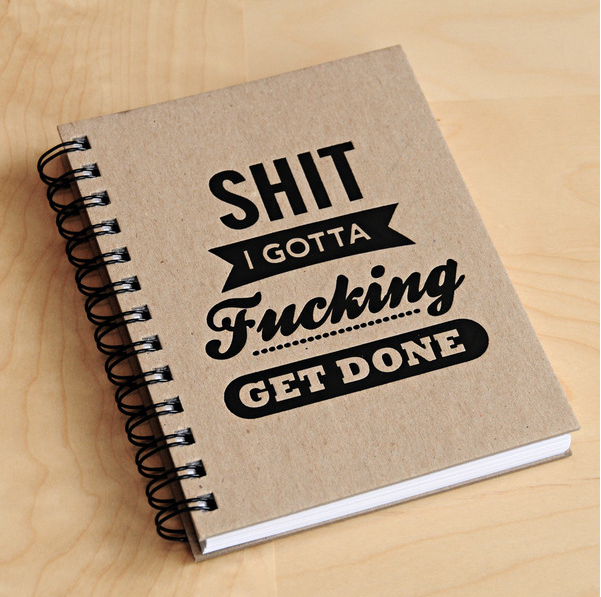 But seriously, this is probably the only school related thing that I’d go out of my way to buy. The notebooks come in two difference variations: composition and spiral. I would suggest that the university bookstore carry them, but I’m pretty sure that automatically kills their cool factor. 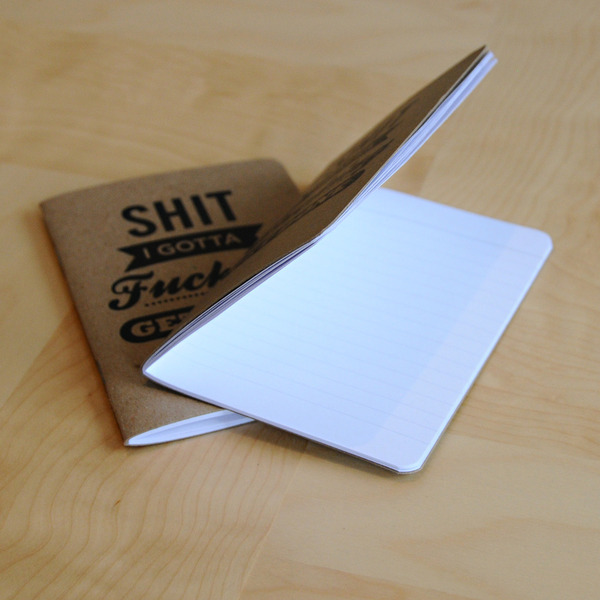 The one downside? They’re a bit on the more expensive than your usual notebook ($10 for two composition notebooks, $12 for one spiral notebook), and you’ll probably just end up doodling nonsense in it, but there are two advantages to owning one of these bad boys: 1. you are automatically labeled as a badass, and 2. it’s a great way to strike up a conversation with that hot girl who sits next to you in lecture hall. You’ll be adding her to the list of “shit you gotta fucking get done,” guaranteed. Buy it today at Cool Material.