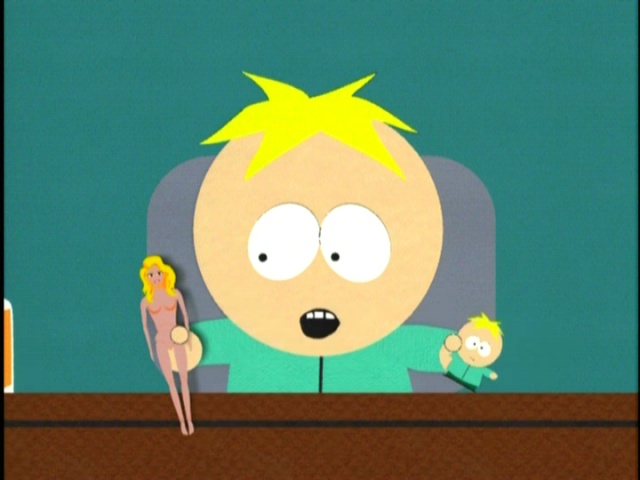 South Park Elementary’s resident naive, optimistic fourth grader who constantly finds himself in unbelievable situations. Butters Stotch is the opposite of Eric Cartman. Cartman’s plots to embarrass and humiliate Butters on the show make for some of the best episodes, and have become a staple in every recent South Park season.

Want to watch more episodes with Butters? Start with these.

Butters is convinced that South Park elementary has been taken over by vampires. Sick of being ganged up on by the kids at school and his parents, he goes to the vampires (actually the Goth kids) and wants to join their coven.

When Paris Hilton comes to South Park to promote her new game, “Stupid Spoiled Whore Video Playset,” she sees Butters playing outside his house and decides she wants to keep him as a pet.

Cartman thinks it is hysterical when he puts his penis in Butters mouth while he’s asleep and takes a picture. But when Mr. and Mrs. Stotch walk in on Cartman mid-prank, they’re convinced their son is bi-curious and needs help. They send him to a camp where he can “pray the gay away.”

When Cartman thinks the fourth grade girls have made a time machine (it’s really just a fortune teller), he devises a plan to steal it from them. The genius idea they come up with is to fake Butters death, so he can come back to school as Marjorine and infiltrate the girl’s sleepover.

The boys want to get on the Maury Povich show so they make up a disease “chin-ballitus” and convince Butters to put balls on his chin.

In order to make some money from the Internet, the boys decide to make a video of Butters singing “What, What in the Butt” and hope it will go viral.

When the boys illegally buy ninja weapons from the Park County Fair and won’t allow Butters to play with them, they have an accident and end up hitting him with a ninja star. To avoid getting in trouble with their parents, the boys decide to take Butters to the vet and dress him up as dog to get medical help, instead of going to the hospital.

Cartman wants to play a prank on Butters so he can learn his most embarrassing secrets. To do this, he dresses up as a robot and waits for Butters outside his front door. But, when Butters reveals he has a secret videotape of Cartman singing Britney Spears, his plan backfires and Cartman realizes he must keep up the Awesom-O act to get the tape back.

10. The Return of the Ring to the Two Towers, Season 6

What are you favorite Butters episodes, socialites? Let us know in the comments.