The Twilight Saga – 10 Reasons Why the Series Sucks 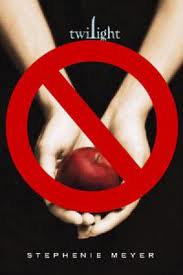 While Twilight has become a teenage phenomenon with girls wanting to be Kristen Stewart so they can get with Robert Pattinson, I can’t help but be completely disgusted with the whole thing.  All this story is, is a boy/girl romance with religious undertones that features a passive, awkward girl and a possessive, strong boy.  How can girls want to be Kristen Stewart when she embodies anti-feminism?  Don’t worry, I’m not going to get uber feminist on you or anything, but I will tell you all the reasons why Bella Swan/Kristen Stewart sucks as well as why Twilight should not be regarded as a good, well-written tale of love.

1. The book is very poorly written 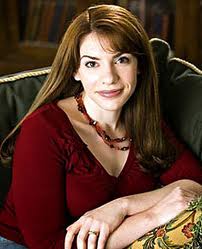 If you like the movies it’s one thing, but to like the books is something else. It’s fine if you read the books for pure entertainment, but as I read each of the books (yes, I sat down and read each one) I could not believe how poorly written they were. While Stephenie Meyer may be known for producing this saga and creating a vampire revolution, I can not condone Meyer for releasing a novel whose writing style seems to be geared toward a fifth grader. 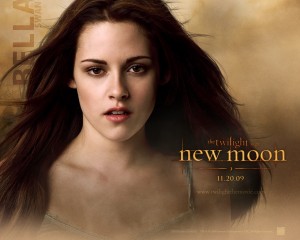 While most of this article will make fun of Twilight, this reason is more serious. I may be a bit of a feminist, but this series raises a larger issue: some girls remain as the passive stereotype who feel that they are nothing without a male counterpart.  Bella needs Edward around her at all times, and is much weaker when Edward isn’t there. What does this say about females? As soon as Edward left her, she became near-suicidal. She could not live without Edward and is willing to lose her humanity to be with him forever. Some of you might call this true love and true romance, but I disagree. I think this is sad and shows how fragile so many girls are. It is like Meyer is saying without a guy, the girl will fall apart. It is not until Bella meets Jacob that she once again feels whole. She constantly needs a guy in her life in order to define herself.

3. It is incredibly unrealistic (or I hope it is) 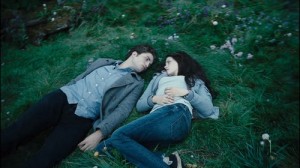 While this reason may seem obvious, I don’t mean the story is unrealistic because it features vampires. I am referring to the love story between Bella and Edward. As soon as they meet one another, they are ready to be with each other forever. Not only can they not really physically touch at first, but they don’t know anything about one another, and yet, they are already committed to each other. Should this be how all great love stories pan out? As soon as you meet, you are ready to commit and even die for one another? I know this is a Romeo & Juliet-esque situation, but to me it seems more scary. Should we be so ready to commit to one another without really knowing what that entails? 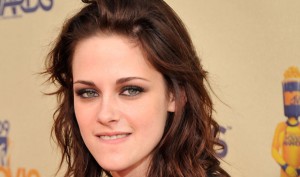 I can guarantee you one thing: if you watch a movie with me that stars Kristen Stewart, you will hate her by the end of the movie. Everything about Kristen Stewart makes me uncomfortable. Every time she speaks, she bites her lip, but not in a sexy way – it’s more in a “I don’t know what I’m doing on this big screen and so I created this habit to compensate for this feeling” kind of way. The way she stands is awkward in her slouched way, she looks like she would have nothing to contribute to a conversation since she seems completely void of personality, and she makes everyone uncomfortable when she accepts awards at awards shows. Didn’t she fall when she accepted one? AWKWARD.

5. Both of them need to shower 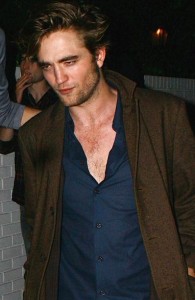 Honestly, I think Robert Pattinson can be super hot sometimes, and I have to admit that, at times, Kristen Stewart can be pretty. But most of the time…they look uncomfortably grimy. If you look at the picture above of Robert Pattinson, don’t you feel like if you touched his skin, you would come up with some kind of substance on your hands? They both seem to have greasy hair and skin that either desperately needs to be shaved or cleaned of last week’s make-up. Please, both of you, especially if you’re a couple in real life, take a shower so at least you won’t have super smelly sex.

6. The themes hold way too many religious undertones (Have sex already!)

If you think about the themes of the Twilight Saga, you will see how ridiculously religious the series is. Not only can they barely kiss since Edward is just “too strong,” but they conveniently have to wait until they get married to have sex. He might “hurt her” if they have sex while she is a human, and he will not transform her into a vampire until they are married. Oh, well look at that, now they are having sex for the first time once they’re married. I have no issue with people waiting until marriage, I just think the undertones here are pretty funny. It’s like Bella is that stereotypical “I need a boy at all times” girl who must wait until marriage in order to be with her “strong, beautiful man.” JUST HAVE SEX ALREADY! That’s the real reason we’re all watching [and reading] anyway.

7. The last couple books have the same plot 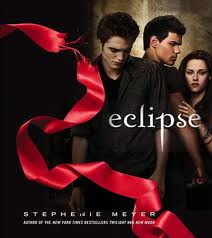 I have a hard time distinguishing between the last couple of books BECAUSE THEY ARE THE SAME FUCKING THING. They amount for very dry reading with the Cullens waiting to fight against the Volturi, or against Victoria, or against whoever else doesn’t like how they live [or don’t live, rather]. It’s just pretty ridiculous that these books are so popular, and yet, not much is happening at all. There’s no sex (except in the last one), limited action, and repetitive writing. It seems like every other sentence is Edward telling Bella to remain human, to stop kissing him, or he is reminding her they can’t have sex. It’s annoyingly redundant.

8. It made the whole vampire thing way too popular 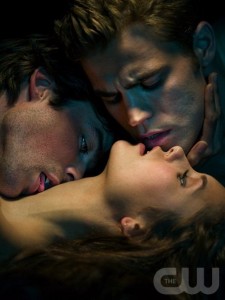 Another reason we can freely hate the Twilight Saga is that it began the whole vampire phenomenon. All of a sudden, we have “The Vampire Diaries,” “True Blood,” and all those spoofs making fun of vampire movies. It’s not funny anymore, it’s just annoying. “True Blood” is a decent show, and it has plenty of sex to remain entertaining, but I really don’t get the Vampire Craze. People are way too into the idea of vampires and dressing like vampires to the point where it’s a little pathetic. This new rage needs to stop.

9. The acting is an abomination 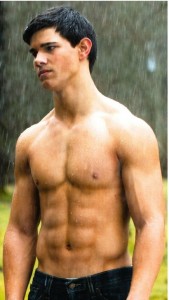 I have seen Kristen Stewart act in other movies, and no matter what, this chick is atrocious. She never fails to make me angry and uncomfortable. She looks like she literally fell into the movie and doesn’t understand why she is there, and doesn’t know what to do. Newsflash, Kristen, we don’t know why you’re there either. Sure, she can be hot sometimes, but she is no better looking than a lot of girls I see around my college campus. Overall, she is a shitty actress, who mumbles, has an annoying voice, clears her throat too much, and never fails to bite her lips. Robert, you’re saved on this one because I loved the film, Remember Me. And I know that picture doesn’t fit, but we needed at least one of Taylor Lautner shirtless.

10. It is the one movie Brian Smith fell asleep to 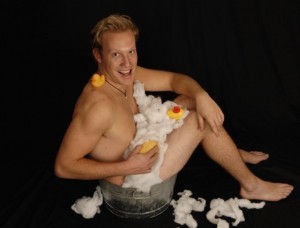 While not all of you may know Brian Smith, he is a highly energetic comedic rockstar who is represented by this website. If Brian Smith fell asleep during the movie, you know it straight-up sucked. Thank you Brian for making this one a no-brainer and thanks to whoever dragged him into the movie theater and forced him to watch it.