The Ultimate Hatelist: Going to the Doctor

If the hatelist were an exclusive restaurant, ‘Going to the Doctor’ would be able to walk in at 8pm without a reservation and get seated at the good table in the back by the window next to the Olsen twins. If you combined some of my least favorite things into one thoroughly unpleasant experience, you would undoubtedly wind up with a trip to the doctor’s office. Comprised of waiting in line, filling out paperwork, spending money, getting sexually violated, being lectured and not being in a bar, the doctor’s office truly is worse than the sum of its still pretty bad parts.

So when you go to check-in at the doctor’s office, the first thing you have to do, of course, is shamelessly hit on the receptionist, who is obviously repulsed because you’re at an STD clinic, before eventually finding an empty seat next to the person who looks the least contagious. After waiting for a seemingly infinite span of a few minutes, you begin to grow bored of all the toys in the waiting room, especially that one where you just move the beads from one end of the squiggly wire to the other. To make matters worse, some bastard kid circled all of the hidden pictures in the 8 month old Highlights magazine. Yea, I still see a pediatrician, what of it? I insist it’s because I’d like to keep the number of distinguished older gentlemen who’ve cupped my balls to a minimum, but we all really know it’s because my mother still makes all of my appointments (and accompanies me to them). Whoa, wait a second, an STD pediatrician? That makes no sense. Just shut up and go with it.

You never knew how much you took a broken Etch-A-Sketch for granted until after they move you into the patient room with no external stimuli whatsoever. Then, when the doctor finally does come in, the first thing he does is yell at you for playing with the latex gloves and having a boner. I’m not sure which part of the following sequence I hate more: the holding back of his uncontrollable laugher upon seeing my pathetic excuse for an infant’s penis or the condescending and gravely concerned monologue he gives after sifting through a thicket of pubes and discovering a hodgepodge of STDs. The doctor’s diagnosis was that my penis is essentially the exact same thing as an AIDs needle except not as hard. And as if that wasn’t enough, this in turn forces me to immediately review my mental database of regrettable sexual encounters with strumpets I picked up off the floor of a bar at 4:00am. There was the chick that resembled the Michelin Man, the Pigeon Lady from Home Alone 2, and a girl who looked like the lead singer from The Cure, to name a few. However, This is probably more efficient than my regular method of STD detection, which consists of having unprotected sex with someone and then making them get tested to see if they caught anything from me. Although convenient in terms of saving a trip to the doctor, this way frequently results in the contraction of two different STDs.

Anyways, a probably more relatable grievance with a doctor’s visit manifests itself in their degrading facts and medical opinions that you obviously already know. “Well, according to your test results here I’ve concluded that you are out of shape.””If you keep drinking like this, you’re going to need a new liver by the time you’re 30” Well no shit, you cock-hole. You saw my penis; booze is all I have. They then go on to lecture you about how a diet based around Dunkaroos, Fundip, Reese’s Peanut Butter Cup Cereal, Jim Beam and those crackers with dipping cheese that are kind of like Dunkaroos is not a healthy lifestyle. It’s like paying a bully to pick on you. It especially seems true when his medical procedures involve pantsing you in front of the nurse. Insert generic prostate exam joke here.

At the end of this day of torture, you never leave any healthier than when you came in and you get stuck having to pay for it. It’s like date raping a girl and then sending her a bill for the roofies. The only way to really stick it to them is to pee on the sides of the cup they give you and then look at the nurse’s face when you hand it to her. What? No lolly pop? No Yikes pencil? No sticky hand? Fine, I’ll just order 1,000 of each from the Oriental Trading Catalogue when I get home.

Hula-Hoop the Pounds Away 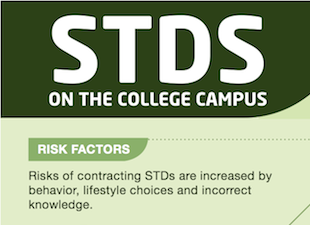