The (Your Heist Here) Job

I want to pull off a heist. I’m talking explosions, facial prosthetics, steal from the rich give to the poor, drugged security guards, picked locks, hacked security cameras playing stock footage from weeks ago, a hot chick that hates you at the beginning but is inexplicably wrapped around you at the end, a jacked black guy that is nasty at martial arts and demolitions, a nerdy white kid that happens to know more about computers than professionals many years his senior, and the one guy in the sharp suit that puts it all together.

As the previous run-on sentence seems to prove, the essential part of any heist is having a rocking team. Therefore I have hand-picked the best team members from the best heist movies of the past fifty years (oh yeah). You’ll see some classic actors alongside some more modern action guys and a few girls to boot.

The Man in Charge: 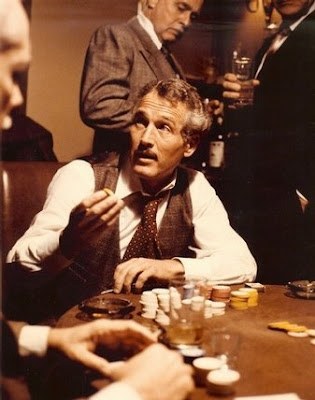 There is no better grifter and no better confidence scheme film than Paul Newman in The Sting. His character, Henry Gondorff, is cool, complex, meticulous, and awesome in a way that only Paul Newman can be. When paired in the film with Robert Redford, you get to see true genius at work. If you haven’t seen The Sting yet, you shouldn’t really call yourself a moviegoer.

The difference between the leader and the man in charge is execution. The leader is the one out there actually making sure everything the man in charge planned gets done… and no offense to Marky Mark, but he has absolutely nothing on Michael Caine. Caine’s think-first fuck-everything-in-sight personality made the original Italian Job far superior to the Hollywood remake. Not to say there weren’t redeeming parts of the latter film (more on that later) but having a theme song sung by Michael Caine and the other cast members called “The Self Preservation Society” and featuring lines like “Don’t put a bib on your Gregory Peck today” wherein bib = condom and Gregory Peck ≠ Gregory Peck the actor easily puts this classic heist film at the top.

Contrary to the previous example, the remake of Ocean’s 11 far exceeded the original. Frank Sinatra is the king of cool, but the musical numbers drew from the plot, and the plot was practically non-existent to begin with. Anyways, Ben Affleck’s little brother is a much better actor than he is  (watch Pearl Harbor then watch… any movie that Casey Affleck has ever been in) and Scott Caan’s dad, James, played Sonny in The Godfather. They’re the perfect mix of comic relief and get the job done. 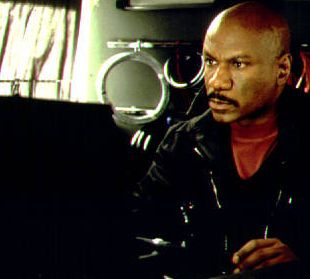 The MI movies may not be considered heist films, but MI:2 actually features a nasty heist of a top secret virus from a pharmaceutical company, involving a timed jump from a helicopter, audio and video surveillance from a truck, and a duel-wielding shootout (thanks John Woo) that all culminate with Tom Cruise screaming “I’m not going to lose you” at the top of his lungs. More importantly, Ving Rhames plays a tech guy. I’m totally sold.

Alright, so I couldn’t decide which one was cooler and had to go with both. Don Cheadle rocks the cockney accent in the Ocean’s films and can also whip up something capable of destroying a police car in like 4 seconds, with something small enough for Brad Pitt to simply hand it to him behind a cop’s back. Mos Def flexes his acting chops whilst constantly maintaining that mumble that makes him so distinct.

Welp, thats it. Keep your jewelry, cars, and other valuables safe, ’cause someday man… someday.

BREAKING NEWS: LEBRON JAMES ANNOUNCES THAT HE IS GAY! 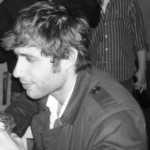 I'm a Political Science major that hates politics, loves music, and doesn't have enough free time. I'm addicted to startups and am a hardcore closet nerd.

Show Me the Money (Movies) – Part I