You’re drinking with some buddies and after talking and listening to Sublime for hours, someone busts out an acoustic guitar and you can see where this is headed. 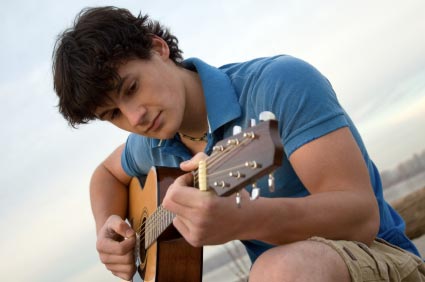 Instead of listening to a lame rendition of Jack Johnson’s “Banana Pancakes,” we have a better idea for you – play a drinking game!

Everyone loves drinking games!  They offer you and your peers a chance to get to know each other, they allow you to socialize, and they’re just good times.

“But, TCS!?” (that’s the campus socialite for you noobs) “I don’t know any drinking games,” you say?  Well luckily, we do!  Below are some of the most popular and most awesome drinking games you will ever play, so take note, we’re throwing you some gems here.

Fill cup with beer and place in the middle of the table.  Shuffle a deck of cards and fan out around the cup.

Choose someone to go first (can be whoever’s youngest, oldest, whatever).  Person picks a card and flips it over so everyone can see.   Using the rules below, you simply do whatever the card’s instructions demand and then the next player (clockwise) goes until all the cards run out.

2: For You  – Choose someone to take two drinks.

3: For Me – Player who flipped the card takes three drinks.

5: Social – Everyone cheers-es each other and drinks.

9: Bust-A-Rhyme – Person that flips says a word that the next player has to rhyme with (and next player, and next, etc.) until someone messes up or takes longer then 5 seconds and that person must drink.

10: Sentence – Person that flips says one word, then the next person says that word and adds another, the following person must repeat the previous said words (in order) and add their own word.Whoever doesn’t remember the words correctly and messes up has to drink. (Words in sentence can be completely random).

Jack: Categories – Person that flips picks a category and names something from it, then next person names something in that category until someone repeats something or can’t think of anything and has to drink. Example categories are: brands of beer, sports teams, brands of condoms, cars, etc.

King: King’s Cup – Player makes a rule.  Anyone who doesn’t follow the rule, or forgets must drink.  The last player to flip a King must drink the full cup of beer in the center of the cards.

*Example rules: No cursing, you have to talk in an accent, no first names, no pointing, no saying drink drank or drunk.  Little green man – before you take a drink, you must pretend there’s a little green man on the rim of your cup that you have to remove before drinking.  Whoever forgets – you guessed it, drinks!

These rules can be altered for however drunk, or stupid you want to make each other, so have fun with it!

This is fun game where players bounce quarters in to an ice tray.  Players drink depending on where the quarters land.  If the Moose Cup is hit, players put up Moose antlers with their hands and yell “MOOSE!”

Put a cup full of alcohol in the middle of the table.  Place one end of an empty ice cube tray on the rim of the glass, and the other end on the table, making a ramp with the tray.  Pick a player to go first.  Player will bounce a quarter and try to land it in either the tray or the cup.  Each slot of the tray counts as a number of drinks.  If the quarter lands on the left side of the tray, you choose someone to drink whatever number of drinks you landed in (1st spot = 1 drink, 2nd = 2, you get it), and if the quarter lands on the right side, the player must drink whatever number they land in.

If the Quarter lands in the cup at the end of the tray, it’s a “moose.”  Players must instantly raise their hands to the side of their head like antlers, with thumbs to temples and fingers spread out, and yell “MOOSE!”  The last person to put their hands up has to drink entire glass of booze.

If a quarter lands on the ice tray without dropping in a slot, it counts as a “social” and all players take a drink of their adult bubbly beverage.

Equal teams of two line up at opposite sides of the table (long ends) and face each other.  Each player’s cup is filled up an equal amount for chugging (you can do halfway [most common] or full cup).  Starting at one end of the table, the first players facing each other begin chugging at the same time.  When the player has consumed their entire drink, they place their cup right-side up at the edge of the table to where part of the cup is slightly off the table’s edge.  Player then quickly pushes up on the bottom of the cup with their forefinger to try and flip the cup over (so that it’s upside down).  Once the cup has successfully been flipped, the next person on their team starts chugging their drink and attempting to flip their cup.  If a player can’t get their cup to flip they must keep trying until they do, or until the game ends if/because other team finished first). 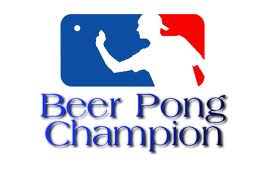 On opposite ends of the table (short ends), set up rows of cups in a pyramid fashion with greatest number of cups closest to edge, reducing until one cup is closest to other side of table (usually about 6 cups in greatest row).  Set up opposite side the same exact way.  Fill all cups in pyramids with equal amounts of alcohol.  On each side, also fill a separate cup up with fresh water to rinse ping pong balls if/when they fall on the ground.

Gather two teams of two.  Choose a team to go first.  One player from chosen team throws a ping pong ball in an attempt to land it in any of opponents cups.  If ball successfully lands in one of other team’s cups, one of the opponents must drink what’s in the cup and then remove the cup from the table (you will need to reposition cups into a smaller pyramid after more cups are removed so cups aren’t too far apart).  Then other team goes, alternating players.  Whoever loses all their cups…loses!

If you’re a male playing with females, beware of this move! 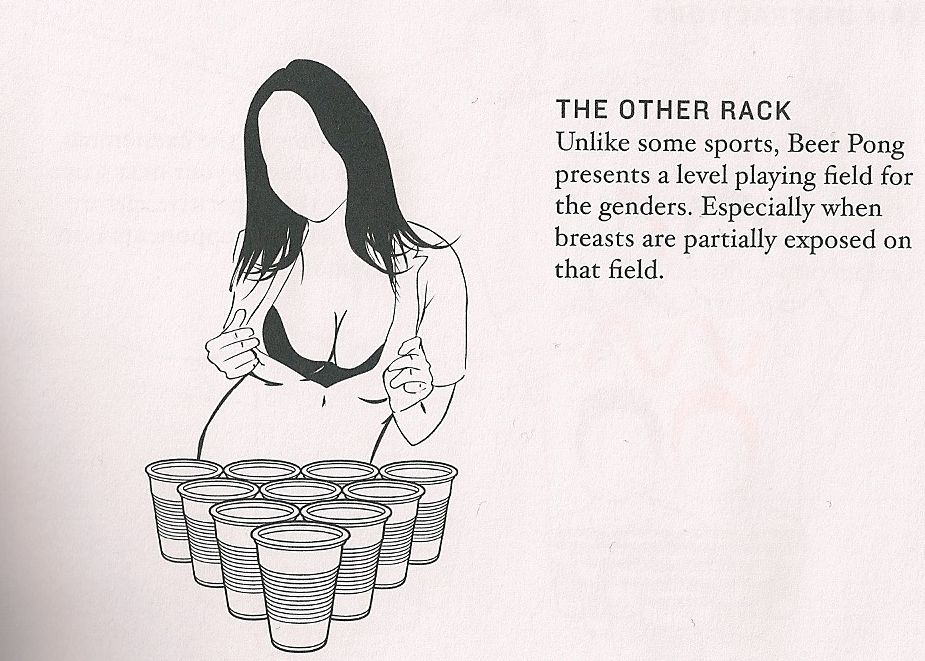 Sit around a table or counter top, whatever’s clever.  Make sure you have a drink and that someone has a deck of cards.

Choose a dealer and players (3-however many).  Dealer shuffles deck, and deals out 8 cards to each player face-up so they can’t cheat.  Then the dealer lays 4 cards down face-up in a row in the middle of the table.  You start out going “up the river” – starting with the first card, if any player has the same number value card, they choose another player to give drinks to

(1 drink for first card in row, 2 for second, 3 for third, 4 for fourth).  If you have two of the same number value card, you double the drinks you can give out.  Once the fourth card is reached, the dealer lays out another card face-up starting on fourth card, and all remaining cards in the row and you start going “down the river.”  Now, if you have a card matching the number value, you have to take a drink, and same rules apply, if you have two, double up, and if you’re unlucky enough to have three…dayum! (that’s triple, my drunk friend)