Another week, another Throwback Thursday. This time we’re dredging up three of my favorite things: chocolate, violence, and completely nonsensical cartoons. So flip the boob tube to the WB (which unfortunately doesn’t exist anymore), we’re taking a trip back to yesteryear.

When these miniature versions of the famous candy-coated chocolates came out, everyone’s mother had them packed in there with their bagged lunches. You could pop open the sweet plastic tube that they came in, and chug the entire thing in about 5 seconds. It would be followed by an amazing sugar high that would supercharge you through all of recess. Perfect for the kid on the go, with a re-closeable package, just in case you’re a pussy who couldn’t finish them all in one sitting.

Remember when the now-WWE was still the WWF? Those were the days. You would watch the world’s most fake sport religiously, eyes glued to the television screen, and then imitate your favorite wrestlers and moves with your friends…which almost always ended with someone getting DDTed and serious injury. That’s why the World Wrestling Federation made these toys – so you wouldn’t have to powerbomb your friend through the nearest table. Unfortunately, fighting soft, miniature versions of your favorite wrestlers (who don’t fight back) just isn’t the same, so you probably went on suplexing your friends anyway.

When Warner Bros.’ animation department became relevant again in the late 80’s, it came back with a mission: to ruin the minds of a whole new generation of children, the offspring of kids who used to enjoy Looney Tunes nonsense back in the day. But a lot changed since the simple days of Bugs Bunny and Daffy Duck – and Tiny Toons Adventures reflects that. Babs and Buster Bunny, Plucky Duck, Hamton Pig, and the rest of the gang are even zanier and more ridiculous than their predecessors, and I guess that makes sense – they learned from the best. Tiny Toons also set the stage for shows like Animaniacs and Freakazoid, both of which took the wackiness even further…no wonder I have so many problems.

As a bonus, here’s a creepy video of Tiny Toons’ Montana Max singing “Money (That’s What I Want)”: 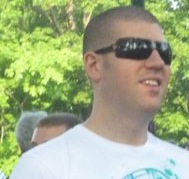