Well John Calipari is not smiling right now? Or is he? Within this last week, 5 of his players who made it to the Elite Eight of the NCAA tournament are entering the NBA draft. Four of these players are freshmen and one is a junior. The junior that is leaving is Patrick Patterson, which really doesn’t concern me because he actually gave the whole school thing a shot for at least 2 years, but the freshmen are what really grind my gears. John Wall and DeMarcus Cousins, who were freshmen All-Americans are bona fide top 5 picks, the other two, Eric Bledsoe and Daniel Orton, are late first to second round picks. Now if you’re at Kentucky, you really can’t be happy about this right? But didn’t you already know that at least Wall and Cousins are one and done guys? I mean these guys basically came to Kentucky to get coached by a former NBA coach and just get their draft stock up. These guys had no intention to stay more then a year and actually try and build a dynasty at Kentucky, nevertheless, earn a degree. What really shocked me was why would Bledsoe and Orton enter the draft, these guys are talented players, which with Wall and Cousins leaving, would get more opportunities to showcase their talents and most likely get drafted higher within the next few years’ drafts. In my eyes it has to be the money, these guys came to play basketball in college just because they had no other place to go, they were all thinking about getting money in the NBA and good for them, they are skilled at what they do and they should be making the most money they can with their talent. So I guess Calipari knew this was going to happen, so he probably has another crop of freshmen ready to step in as one-year wonders.

So if the NBA is seeing the rising rate of freshmen entering the draft, why do they still have this rule that you have to go to one year of college before declaring your NBA eligibility? It makes no sense, these players are not going to school to get an education, they are there to play basketball and are just waiting for the year to end so they can enter their names in the draft. It is time David Stern takes a look at this rule and just gets rid of it, I want to see more players like Kobe Bryant, Kevin Garnett, and LeBron James, not more cases like Kevin Durant and Greg Oden who just went to school because they had to. It is time these players and “students” stop wasting our time and theirs in college and just allow the guys who have the talent and want to enter the draft out of high school to do so, and the guys who want to learn more about the game and get a education, to go to college and learn.

But hey at least Kentucky has the John Wall dance, right? 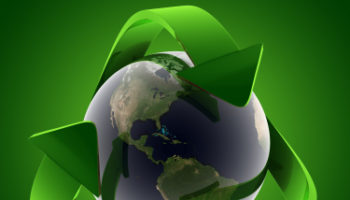