“Damn it feels good to be a gangsta” – Geto Boys

The Geto Boys had it right, few things are better than gangsta life.  If you had the pleasure of reading Part I , then you know that some of the hardest, no nonsense rappers around had some adorable or just plain strange yearbook photos.  But those were just the first five, we’re back today to round out the list with five more shots of graduating gangstas. 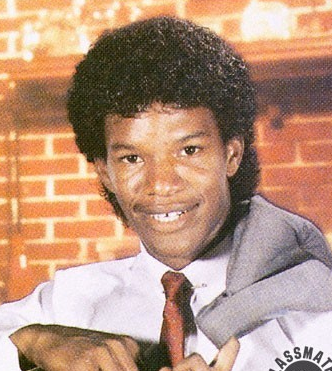 Voted most likely to be someone- everyone shakes their head at. Kanye West spent most of his high school career snatching the chalk from teacher’s hands and giving sermons in class. “I don mean no disrespect or nothin’… but Columbus was whack. Everybody knows that Magellan was the dopest explorer of all time!!!”

T.I. looks like the cover of a cereal box. Seriously. “It’s good for you and tastes good too.” His recent prison stint was neither kid tested nor mother approved however. Look for him to break out big(ger) in the future.

Fiddy looked like the kind of kid that you just couldn’t trust. In fact, I’m pretty sure this dude stole my bike.

“How many licks does it take to get to the center of a Tootsie Roll Pop?” You can ask Mr. Owl or Lil Jon. Late bloomers with latent smooth potential… bet no one saw it coming.

If you have any funny celebrity yearbook photos, feel free to drop a link in the comments section below.  We just love to see beautiful people in their awkward phase.