U.S. Government Could Save $13.7 Billion Per Year By Legalizing Weed

Finally, politics that we can all agree on. 300 economists have signed a petition calling on action to government about a political issue that actually affects us… Legalizing Pot. According to Huffington Post Harvard economist, Jeffrey Miron wrote a report claiming that the United States could save roughly $13.7 billion per year by legalizing weed. Let me just highlight his point one more time… PER YEAR. He claims that $7.7 billion would be saved annually by not having to enforce current pointless laws while the remaining $6 billion government would be saving unfortunately comes at our expense through taxes. Stephen Easton of Businessweek  thinks the Harvard economist estimates are actually quite low. (In other words, he’s calling him soft) Easton believes the government would be saving closer to $45 to $100 billion per year if they made marijuana legal. 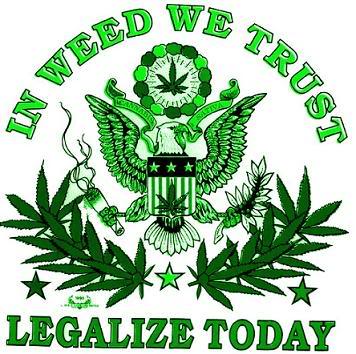 What all of these economist bring to the table when it involves legalizing weed is credibility, something your stoner friend doesn’t have when trying to make the exact same argument. There are numerous arguments to be made that would support what these experts are saying (higher revenues for states, helps create jobs, medicinal purposes, reduce crime rates, actually puts criminals in prison rather than pot smokers etc…) Let’s just hope somebody in Washington is actually listening for a change. Enjoy celebrating 4/20 and maybe next year we can all celebrate the holiday legally!