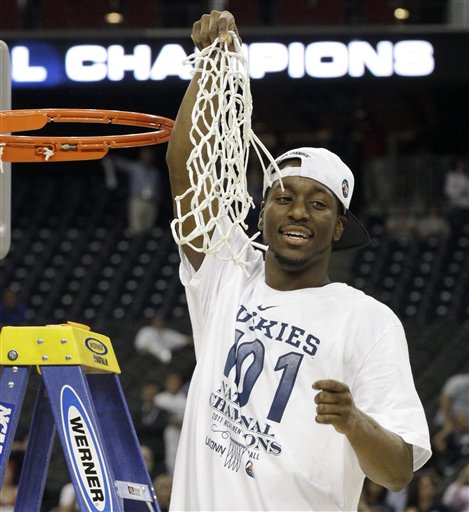 Kemba Walker and the UCONN Huskies have just completed the most impressive late-season run in college basketball history. The Huskies were counted out and ranked as low at 13th in the Big East preseason. They were a 9 seed heading into the always daunting Big East Tournament at Madison Square Garden. Head coach Jim Calhoun’s boys were not even guaranteed to make the NCAA Tournament without a nice run at MSG.

In the 2011 Big East Tournament, Walker hit the game winning shot as time expired to beat #3 overall Pittsburgh and advance UConn to the semi-finals. He led UConn to victory over University of Louisville in the Big East Championship game and was named MVP for the tournament. Walker scored 130 points in five games, a Big East Tournament record and the most points scored in any conference tournament in the past 15 seasons. UConn became the first school to win five games in five days to earn a conference championship.

As each game wore on, Kemba became more and more appealing to the masses. The New York raised PG reminded all fans in the Mecca of the days of Kenny Anderson, Stephon Marbury, Kenny Smith and other local legends. The heart that he showed on the Madison Square Garden floor hasn’t been seen there (in any level of basketball) in a long time. He was cagy like a veteran, quicker than any PG in the country and had an incredible knack for last second heroics. My BBM status updates read as follows throughout the Big East Tourny :

I’d list all of my tweets, but there isn’t enough memory on our servers for all of them. Bottom line, this kid filled me with a feeling that every basketball fan loves, finding a new favorite player. Not since Stephen Curry and Davidson in 2008 have I felt so attached to a team that I have never previously rooted for. This was all because of Kemba Walker. 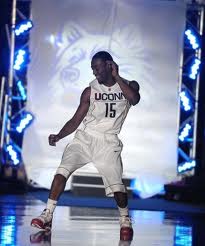 Then came the NCAA Tournament, which UCONN clinched an automatic spot in and left no doubt about it by winning the Big East Tournament. The critics said Kemba and his boys would have tired legs, that five games in five nights to win the Big East was too much to overcome, blah blah blah blah blah. I picked UCONN to win in my bracket. I have been called an emotional fan before, someone who always goes with his heart – FUCK YES I do. Any “fan” that doesn’t go with their heart and instead tries to play it safe deserves nothing but mediocre teams. I believe, and in turn, force all those around me to believe.

As each game wore on, the country slowly joined the bandwagon and realized what one generational player and a Hall of Fame coach can do in a one-loss elimination tournament. There were some games over the 11 straight that UCONN won in a row to finish the season in which Kemba had an off shooting night (5-19 in Championship for instance) but he still managed to lead his teammates to victory. Dishing assists, grabbing rebounds and being a true leader out on the court.

Last night, he was helped by Butler having a record setting performance of futility from the field, shooting a mere 19% by games end. Kemba scored a quiet 16 points but made free throws down the stretch and added 9 rebounds. Walker was name The Most Outstanding Player of the tournament and gave Coach Calhoun his third title since 1999 (the most in all of college basketball in that time period). His head never hangs as many snobbish ballers heads do these days. He never yells at teammates unless he is encouraging them and teaching them to do better. He is a scorer with ice in his veins. He is a Winner. 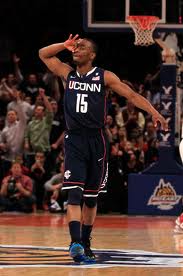 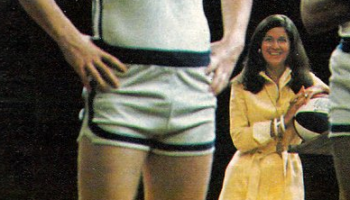 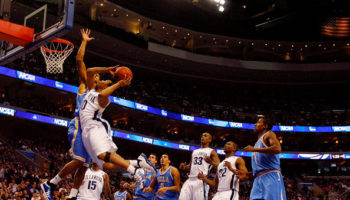