Unearthed: Biggie and Tupac Show Us How Legends Freestyle (Video) 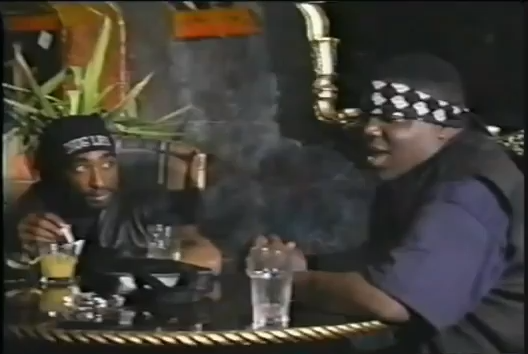 The 15 year anniversary of Tupac Shakur’s death passed last week. We brought you one of the coolest tribute videos I’ve ever seen, but in retrospect, I’m really wishing we had this one. It features possibly the two greatest rappers of all time, two rappers that would ultimately (and allegedly) be the cause for each other’s deaths, sitting at a table, sipping drinks and laying down the best freestyle you’ll ever see. You know that kid who has 4 beers at a party and starts telling everyone to give him a beat? Well this is the standard. Feel free to compare.