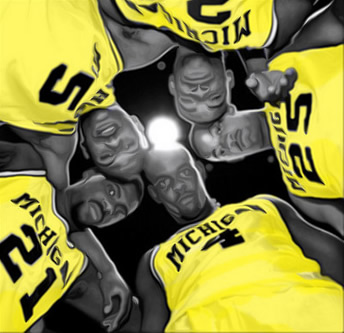 With March Madness soon to be in full swing, college basketball is on everyone’s mind. The talk about conference tournaments, bracketology, bubble watch, and whether or not teams will make the “Big Dance” is about to dominate the sports news world, and all of this will lead to Selection Sunday on March 13. Once this year’s bracket is set, Selection Sunday will be capped off with ESPN’s “30 for 30” documentary about the Fab Five.

Everyone with a little sports history knowledge knows we are talking about the 1991 University of Michigan men’s basketball team. The Fab 5 were all rated in the top 100 of high school prospects in 1991. Chris Webber was the #1 overall ranked player in the recruiting class, along with Juwan Howard who was ranked #3, Jalen Rose who was ranked #6, Jimmy King who was ranked #9 and Ray Jackson who was ranked #84. Their freshman year in 1992, the Michigan Wolverines reached the National Championship game only falling to Duke 71-51. In 1993, the Wolverines were back in the Championship game for revenge. They squared up against the North Carolina Tar Heels, in what is one of the most remembered games in NCAA Tournament history. The most memorable play in the Championship game came in the last seconds as Michigan’s Chris Webber tried to call a timeout when Michigan had none left. This resulted in a technical foul for Webber resulting in the Tar Heels knocking of Michigan’s Fab 5 77-71.

The Fab 5 brought the excitement of college basketball back. They had their own way of conducting themselves on and off the court. On the court, they brought their swag and trash talk along with them – they also started the baggy shorts phase, along with shaved heads, and black socks and shoes. 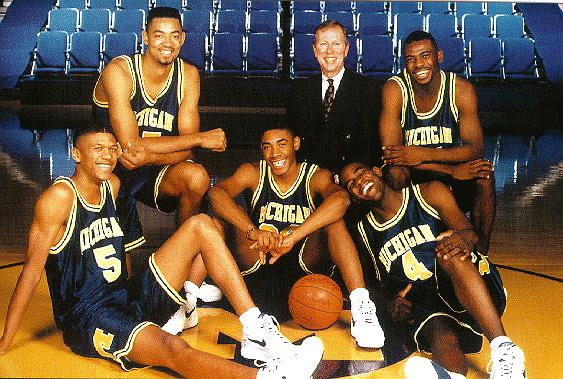 Michigan subsequently vacated their entire 1992-93 schedules, as it emerged that some of the Fab 5 received under the table payments. Each of the Fab 5 suited up for the NBA, excluding Ray Jackson. Chris Webber was the first to leave college, when he was drafted #1 overall by the Orlando Magic. Jalen Rose and Juwan Howard both were drafted a year later, with Rose being drafted by the Denver Nuggets and Howard being drafted by the Washington Bullets, respectively. In the 1995 NBA Draft, Jimmy King was drafted in the second round by the Toronto Raptors.

The two-hour film airs March 13 at 9 PM ET on ESPN and depicts the story of Jalen Rose and his other Fab Five teammates, Chris Webber, Juwan Howard, Jimmy King and Ray Jackson. Called by some “the greatest class ever recruited”, “The Fab Five” relives the recruitment process that got all five of them to Ann Arbor, the cultural impact they made, their two runs to the NCAA title game, the Webber “timeout” in the 1993 championship and the scandal that eventually tarnished their accomplishments.