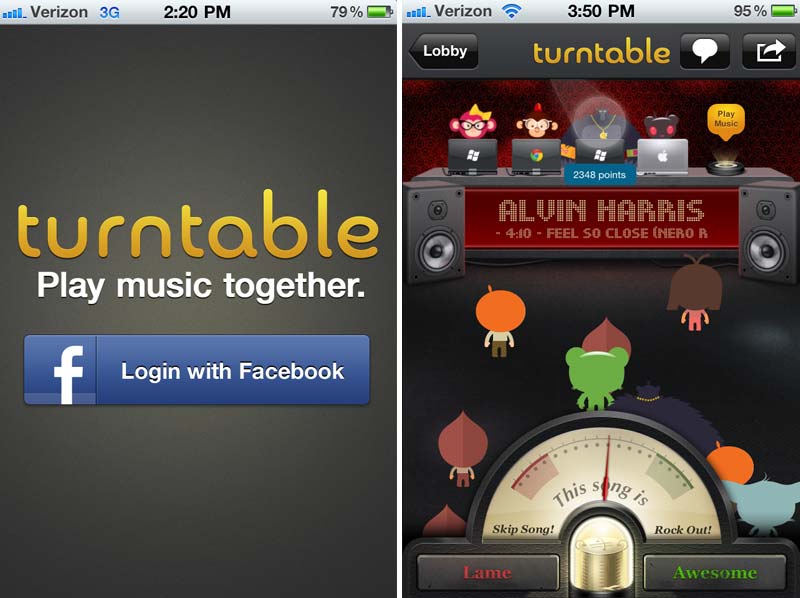 For those who have never heard of Turntable.FM, get with the program. Turntable.FM is the new ultimate in social music sharing. Like Pandora, but with real people suggesting songs and not some computer code that once gave me Limp Bizkit on a White Stripes Station. Turntable users crowd rooms with designated genres or demographics and take turns spinning tracks for the entire crowd’s enjoyment. We’ve had a ton of fun with it at work, but as anyone might have guessed, now it will be available on your Smart Phone, iPod, or iPad as well. 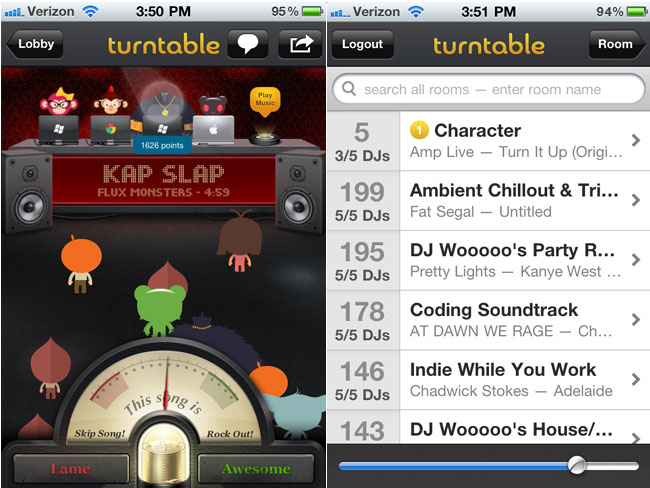 Like I said before, Turntable.FM is some next level shit. The program is as basic as anyone could ask for but provides an amazing service at the same time. Let’s say you feel like listening to a specific kind of music, say Indie or House. There’s a room for that. Just go into the room that you think best fits what you are looking for, and you’ll be treated to 5 different DJs playing non-stop tracks. If you catch an open spot at the right time, you can be one of the DJs as well, and play anything off Turntable’s database or drop some super-secret underground shit off your computer and impress all your Hipster buddies. 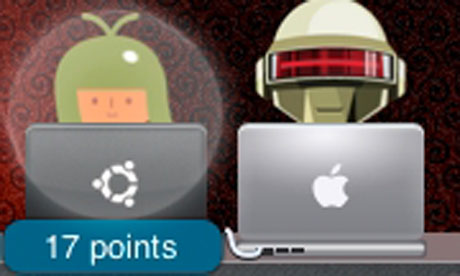 The original computer app was only available through Facebook logins and you had to know somebody already with an account to join. You still need Facebook for the phone App, but it’s officially open to all. It was developed by tech geniuses Billy Chasin and Seth Goldstein who were originally developing an app for scanning barcodes but decided to go in a completely different direction, and a much more creative one, with Turntable.FM. We’re happy they did. For a while we thought TCS was the only shop in town rocking the app on 8 different computers all day, but in recent months, it’s spread like wildfire and the app was the next logical step. 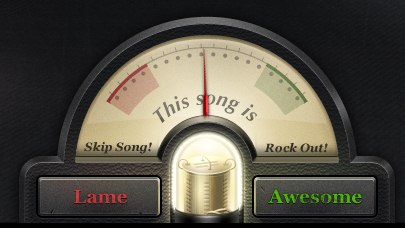 Some other cool things about Turntable.FM: First off, like College, there’s a systematic social hierarchy in place. Every time a track you play gets voted up, you get a point. Downvotes don’t affect your points but if you get 2 or 3, your song is getting skipped, the equivalent of crying and calling your mother while drunk at a party. With each passing points bracket, new avatars become available, including but not limited to the infamous DeadMau5 Head and a pretty badass looking Gorilla.

In my opinion though, Turntable.FM’s most revolutionary capability is for actual musicians. If you’re in a band, or you sing, or you’re actually an aspiring DJ, you could fucking kill it on Turntable.FM. Any MP3 on your computer is uploadable, so you can load your own tracks and blast them out to potentially thousands of people all over the world. There’s a chat feature too, so you can get feedback or let users know where they can buy or download your demo. If you don’t suck that is, otherwise the truth might hurt.