Welcome to the latest edition of “Weekly Rant by the Sexually Frustrated,” a weekly column written by me, the fabulous Campus Diva who needs to get some things off her chest. Read about how guys send mixed signals after the jump.

You know what’s really fucking annoying? How guys I go for seem so different than one another…and yet, I always run into the same issues. My ranting material for each week seems reminiscent of the week before, so wouldn’t we think I learned from my mistakes? Clearly, the answer is no. 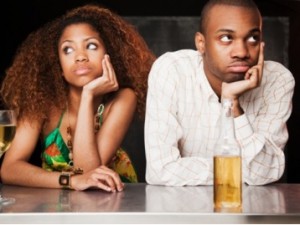 Something that’s really been puzzling me lately is how a guy can tell me he likes me, we can decide we’re going to start hooking up and become more than friends, and then…that’s it. What? Am I the only one who considers this an issue? If we decide we’re going to become friends with benefits, then where the hell are the benefits? Cause I’m getting none, have you still noticed I’m writing a rant about being sexually frustrated?

I really just don’t understand how these types of situations work. Trust me, I am completely familiar with the standard commitment phobia phenomenon where as soon as you obtain the person you wanted, you no longer want him or her anymore. But is this what’s going on here?

Why tell me you’re interested in me and want to pursue something more with our relationship, and then we don’t at least have a one night stand. Not to say I want you to hit it and quit it with me, but at least do that so I can a) know that’s what you were after and not be confused, and b) so I’m no longer sexually frustrated.

These issues I have with guys always come back to the same underlying issue where guys do not take enough initiative and send me mixed signals. Guys always go out of their way to hang out with me, but when push comes to shove, nothing really happens. It’s really confusing territory. It’s similar to guys getting blue balled. The girl is acting like a skank, saying she wants your dick, and then she leaves you with blue balls.

These guys are telling me they like me, they want me, and have always wanted me… and then they don’t do anything about it. So what is there to do now? And if you are one of these guys, I suggest stepping your game up. I won’t be here and available forever… or who knows, at this rate, maybe.

But for guys in general, stop being Mixed Signals McGee, and if you tell a girl you want something with her, then mean it. Go out of your way to show her you want her and things will fall into place from there.

How To Pick The Best (And Easiest) Class Schedule

Weekly Rant by the Sexually Frustrated: The Demise of “Girl Code”

Steps To Hooking Up With Your Boss (And Other Authority Figures)