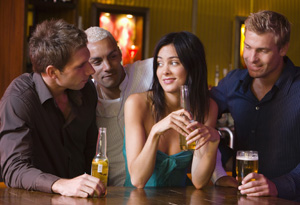 Something I’ve always thought about is how sluts really do ruin it for the rest of us classy ladies. Now, I’m not going to lie to you, I’ve had several Hot Mess moments throughout my career as a solid alcoholic, but one thing has never changed. My self-respect.

I’m a classy girl who likes to go out to eat, pays for myself with my restaurant job, and no longer likes to get sloppy wasted, falling on my face since I’m now 21. There was a time when I was all about cleavage and wearing as little clothing as possible to get as much attention as possible. No longer.

So I think it’s really sad and pathetic when I see girls my age walking around doing the shit I did in high school. A guy walks over and she practically creams herself since he’s talking to her. However, chances are, he’s talking to her because she looks like an easy lay. She’s wearing a tight, low-cut shirt and maybe even no pants. She thinks wearing tights and a somewhat long shirt is an outfit.

What’s most sad about these girls is it wasn’t always like this. They were probably just teases in high school and didn’t have much experience under their belts. They probably also developed kind of late, and it wasn’t until right before college that they got prettier.

But now, especially if you’re a senior in college, what are you trying to do? To graduate with a reputation added to your name? I understand everyone else had their fun when they were younger and you were behind the game, but that’s exactly the problem.

We had our fun when it was appropriate. Now, you’re older and your sluttiness has its repercussions. 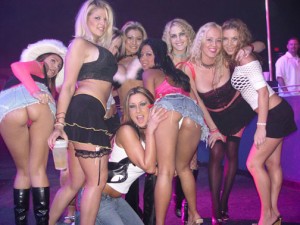 There are two terrible things about these kinds of girls:

2. This girl automatically becomes a shitty friend. Especially if you don’t see her often, you remember her as the great friend you once had in high school and on breaks from college. Therefore, it is a huge wake-up call when she is way sluttier than you remember. And you try to talk to her, but if a guy walks up, you no longer exist.

So girls, be good friends. Don’t focus on getting it in so much to the point where you lose your girl friends, flirt with your friends’ boyfriends, and regret it later.

And guys, stop going after these sluts. The fact is, you’re getting older also. If you’re a senior in college, next year, are you still going to go after these girls? Go after the classy ones not showing the cleavage…chances are, we’re probably even freakier where it counts.