What is Spotify and Why Is It About to Change Your Life?

As you begin reading this article, it is important that you realize that the title question is irrelevant in Europe. If someone asked you: “What is Pandora?” or better yet, “What is iTunes?” You would laugh at them. This is soon to be true of Spotify in the United States. I would bet that, even as I write it, this article will one day serve as a humorous account of the days prior to Spotify’s reign on American soil, like a 2000 article about whether or not MTV is over the music thing. Nothing more than a rhetorical question in the face of a guarantee.

The Spotify website, the one claiming its upcoming US launch, displays a great quote from Wired Magazine: “Those who have tried Spotify know it’s like a magical version of iTunes where you’ve already bought every song in the world.” If you’re willing to put up with a few basic restrictions and Monty Pythonesque British ads for the free version, this is pretty much the case. As a current user of Spotify in the US (unfortunately I cannot disclose how this is possible), my first thought was: how is this legal? Within in an hour of being a Spotify user, I had built a library of music that would have taken me months (not to mention thousands of dollars) to create on iTunes. I didn’t spend a dime, I downloaded nothing, and yet the music played. 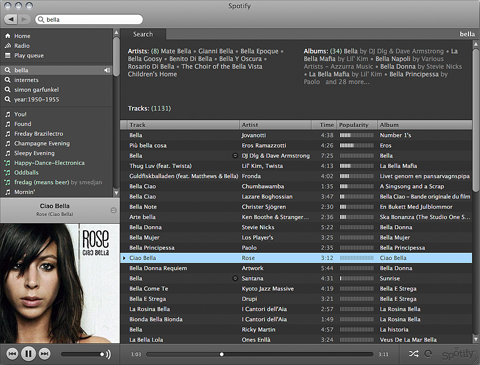 “This is impossible,” you say. “The labels will never allow it.” Fact is: three of the four major labels have already inked deals with Spotify, leaving only Warner Music Group. Some say that the ink will still be drying on the Warner-Spotify deal when the service launches in the US (which could be as early as this week, according to sources).

In addition to its seemingly impossible music offering, Spotify is also social. Each Spotify user has an inbox, in which they receive track suggestions from friends. Consider this: how often do you send people Youtube links to the song you’re listening to? Or post the video on Facebook? Spotify wraps this up in a neat, honest little package. Soon, we’ll all be opening our laptops looking forward to a full inbox of music to discover and rediscover from friends. Full tracks. 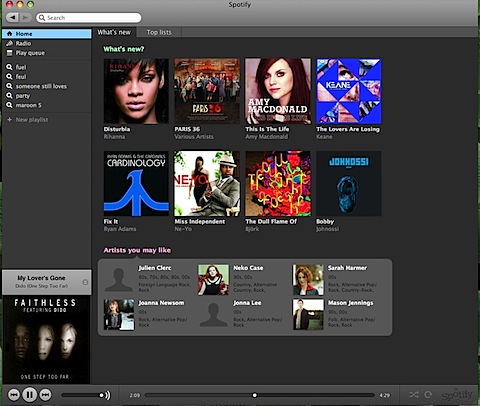 A final, and quite possibly, most important note: I want to pay for Spotify. Aside from live performances, I have not purchased music, in any form, since the self-titled Third Eye Blind album, on CD. Spotify has a great offering and they have pegged the features necessary for a good premium version (unlimited listening, no ads, and mobile access!), but this isn’t why I will pay them. I will pay them because they have earned my money. Simply put, just like Netflix did for movies: Spotify will make it cool to pay for music again. I’m on board.