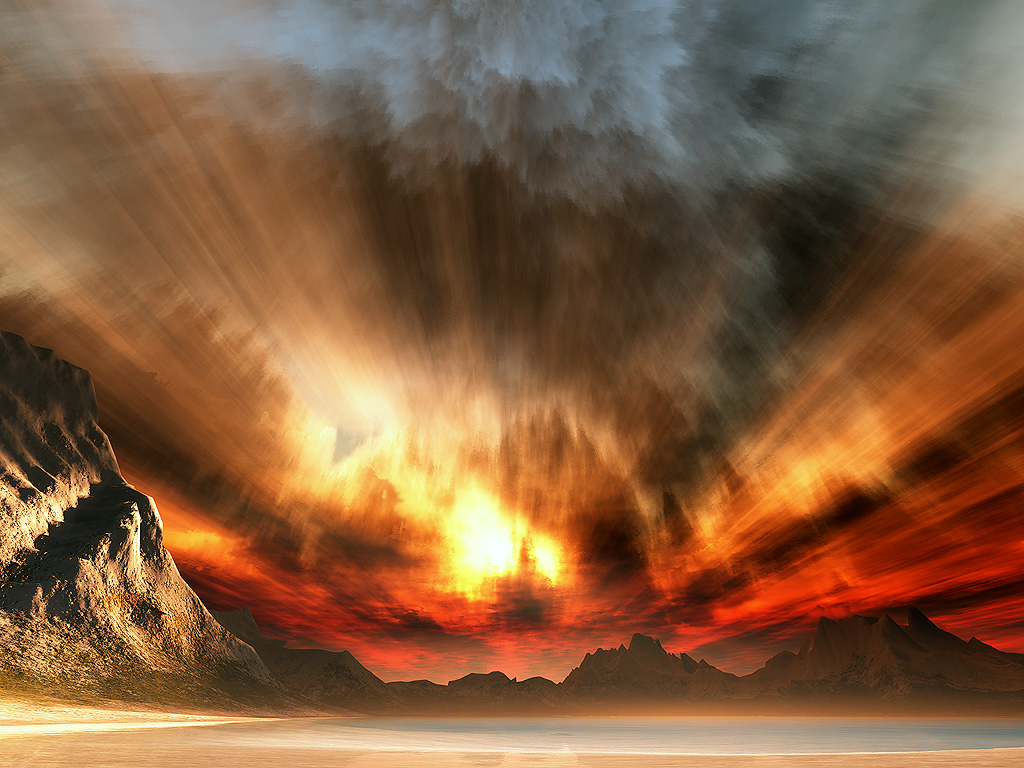 At this stage in the “Rapture” game, we all know that our homeslice Harold Camping is a bit off his rocker.  While he and his minions are listening to Gwen Stefani’s “It’s The End of The World As We Know It” on repeat, I’ve decided to spend my last hours on a philosophical mind trip – What would I do at 5:59 PM with one minute left to live? And what would I do at 6:01 when I realize that I’m still here, the world didn’t end, and I now I’m stuck with the decision I just made at 5:59…this can’t be good. 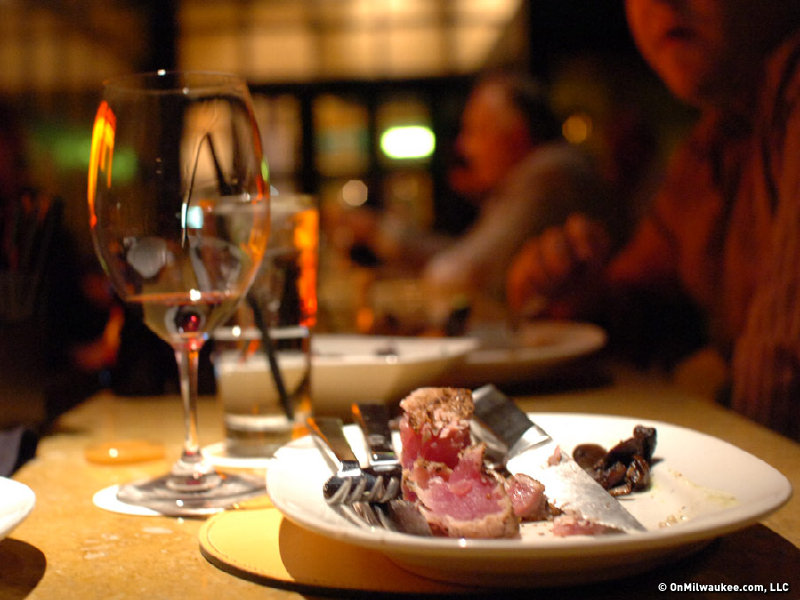 Since the end of the world happens to be falling on a Saturday, why not make date night. Not just your average sushi dinner – I’m talking baller status. I’d hit up the most expensive place with my man, have a bottle of wine (or two), order some serious Filet Mignon, lobster, and anything else that’s absurdly expensive. By the time we’re done indulging in the best meal of our lives, I’d look up at 5:59, grab his face for a lil’ make-out sesh and say “it’s been real.”

At 6:01 – We look at each other and immediately begin to panic. We’re still alive, bloated, have no money to pay for dinner – CRAP. Gotta Dine N’ Ditch. 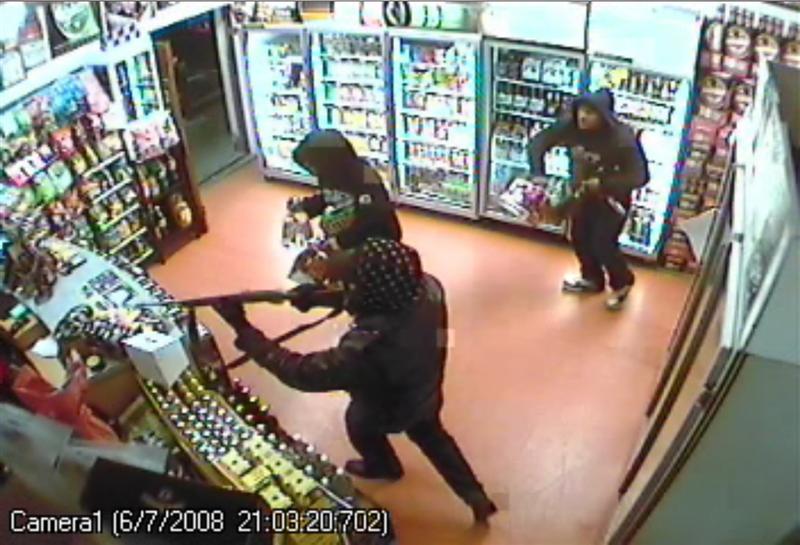 Generally speaking, I’d like to consider myself a model citizen. I try not to speed, and I’d give up my seat on the subway to an old person or pregnant lady.  But at 5:59 on the day the world is going to end, I might reconsider and just rebel. Rob a liquor store so I can go out with a bang and party with my bitches. Great idea, I know – unlimited boxes of Franzia, wine coolers, Skinny Girl Margaritas, & low cal beer.

At 6:01 – I’d end the party & attempt to return all the liquor I stole. I’d never be able to take that to the grave! Only thing is, when I show up to give it all back, the police would be waiting there for me. CRAP! Talk about Buzz Kill!

For no reason other than to die in complete ecstasy, I’d like to literally go out with a bang. Grab my man, get into bed and just sex it up until the world ends. Sounds like a master plan – especially since there’s no chance of my eggo getting’ prego, so I definitely will not be using protection.

At 6:01 – I’d be sweaty, out of breath, and immediately head to my local CVS for the morning after pill. WHAT THE FUCK Harold Camping! If I need to get an abortion I’m sending him the bill – asshole. 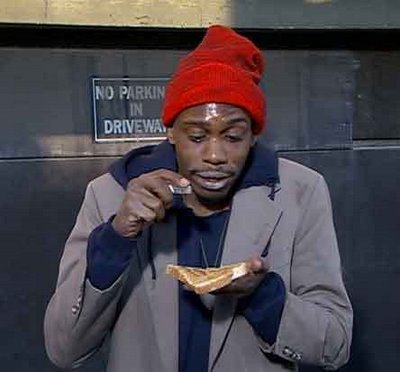 As I mentioned before – I like to think of myself as a model citizen. I also like to stay away from drugs. That whole “Just Say No” thing has worked pretty well for me for my entire life. But if the world is going to end I might as well experiment, right? Call me crazy, call me adventurous, or just call me stupid…at 5:59 I’m gonna hit the crack pipe! People have told me I act like I’m on crack because I have so much energy…so if I don’t have to deal with the consequences, I might as well try this thing out!

At 6:01 – I’m flyin’ high and realize that the world didn’t end. There’s actually nothing I can do in this situation other than immediately regret my decision to smoke the crack pipe in the first place. SUCKS. 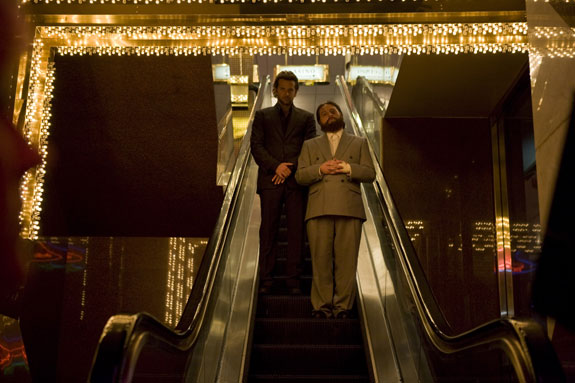 You all know where I’m going with this – Vegas. The lights, the casinos, the rich old men, the half naked showgirls, and of course – waking up with a tiger in your bathroom. I’d book my flight to Vegas & attempt to win millions and party like a rockstar. At 5:59 I’d be at the black jack table, or maybe at the slots, because lets face it – I don’t know how to play any other games.

At 6:01 – I’d have played my last slot machine and be completely broke. Left to become a hobo, or a prostitute. CRAP.Probably not the smartest thing I’ve ever done.

Luckily for me the world isn’t actually ending. I still have my health, my life savings, a clean criminal record, and no unborn children. Not so lucky for my man Harold Camping. When 6:01 comes around  – he’s going to be embarrassed yet again.

The Two Sides Of College Dating, Player vs. Monogamist